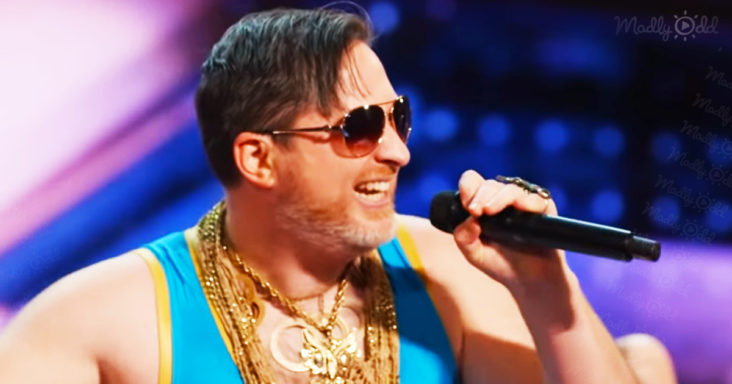 In front of a mirror, Johnny Showcase prepares himself or his performance. He’s combing his hair as he introduces himself. He calls himself an entertainer, singer, mover, shaker, music maker, part-time lover, and full-time parent.

From top to bottom he is covered in a bright blue unitard with yellow lighting streaks on the front and sides. Accompanying him is his spiritual advisor Rumi Kitchen, and two lady singers known as the truth.

Rumi is wearing a bright reflective red top and gold pants. When they walk onto the stage of America’s Got Talent the judges widen their eyes at their outfits. They seem to lower their expectations at this point. 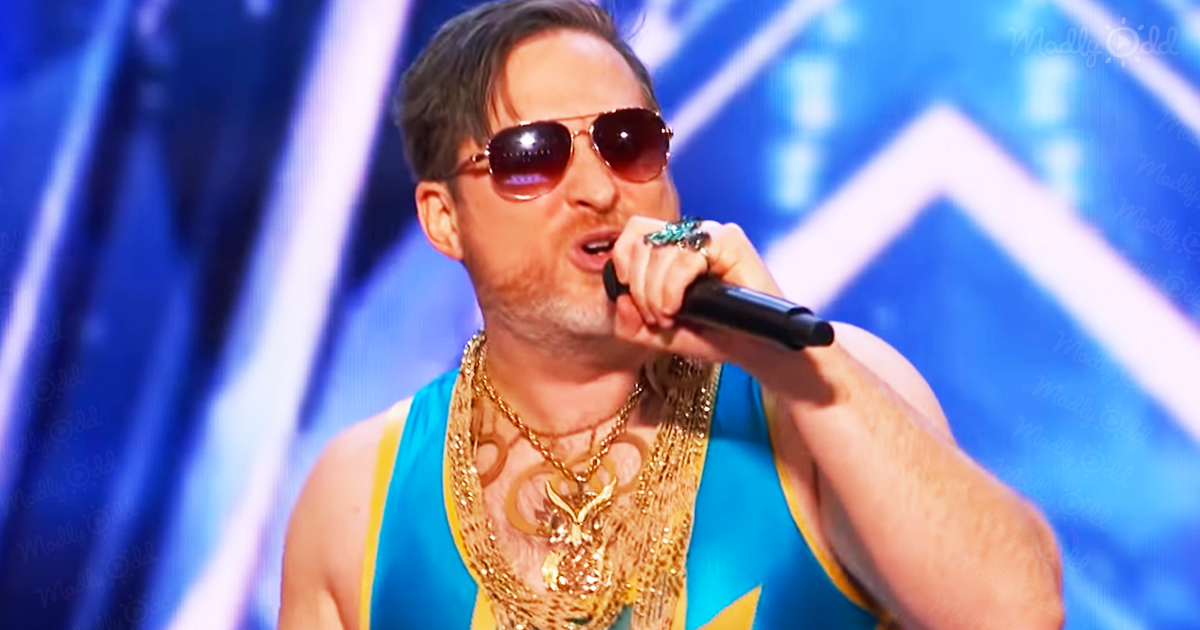 Johnny Showcase introduces himself and Rumi talks about what it means to be a spiritual advisor, he doesn’t sound very convincing. Simon Cowell is visibly annoyed while they talk.

Once his performance starts everyone’s demeanors immediately change. Singing his original song, “Sensual” Johnny Showcase reveals his amazing voice and slick dance moves. The lyrics are funny because he talks about how he can only be sensual because he’s married.

The judges’ opinions about him seem to change as his group captures the hearts of the crowd, everyone singing along during the catchy chorus. During the song, the ladies reveal they have hairy armpits which Heidi Klum points out.

After they are done Simon Cowell confesses he was annoyed by Johnny during his introduction but as soon as they started performing he thought they were amazing. All of the judges gave him a yes enthusiastically.