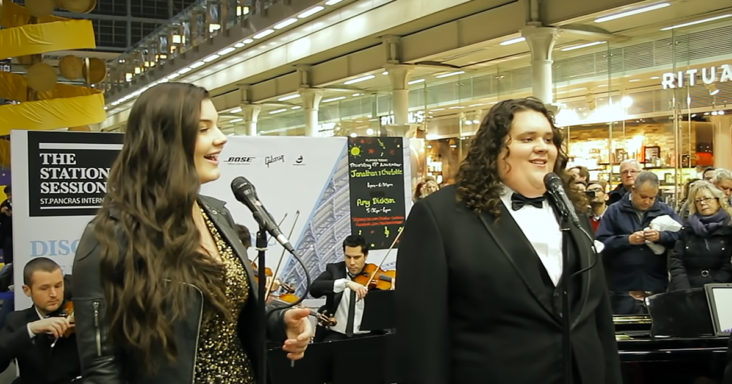 Jonathan and Charlotte are a singing duo who shot to fame on ‘Britain’s Got Talent.’ Jonathan Antoine and Charlotte Jaconelli competed as a team, with Charlotte giving him a lot of encouragement. 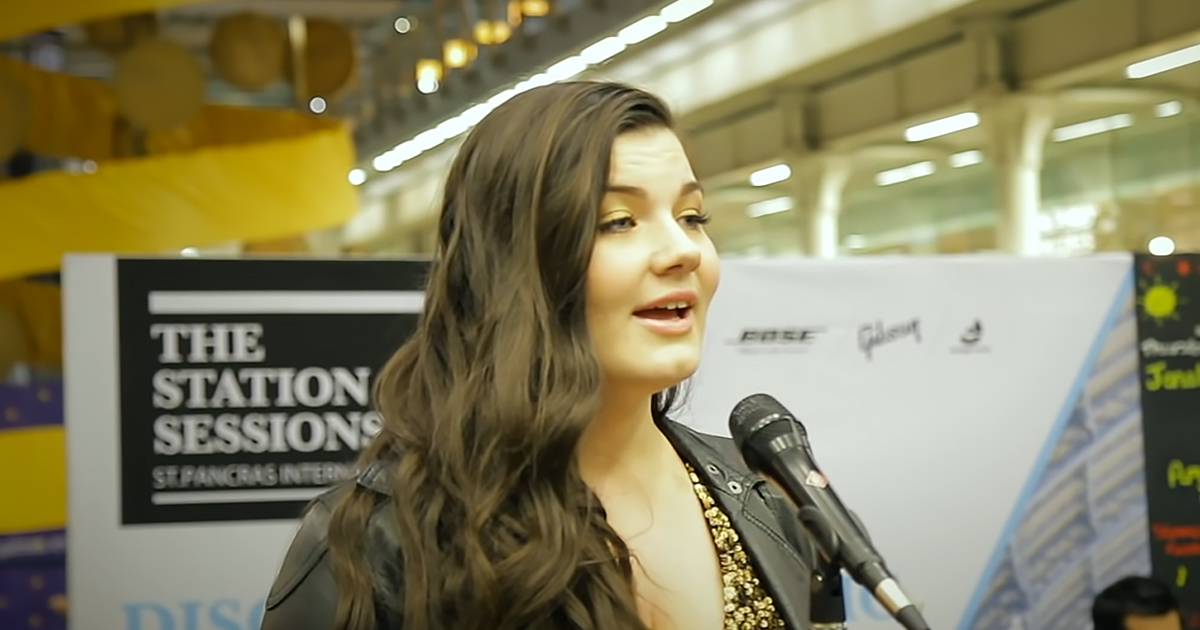 When the pair appeared on the talent show, they were only teenagers. Then both singers pursued solo careers, with Jonathan’s albums earning major critical success.

In this video, the pair sing in the Station Sessions, where artists perform live in the train station. Travelers pass by or stop for a free concert. 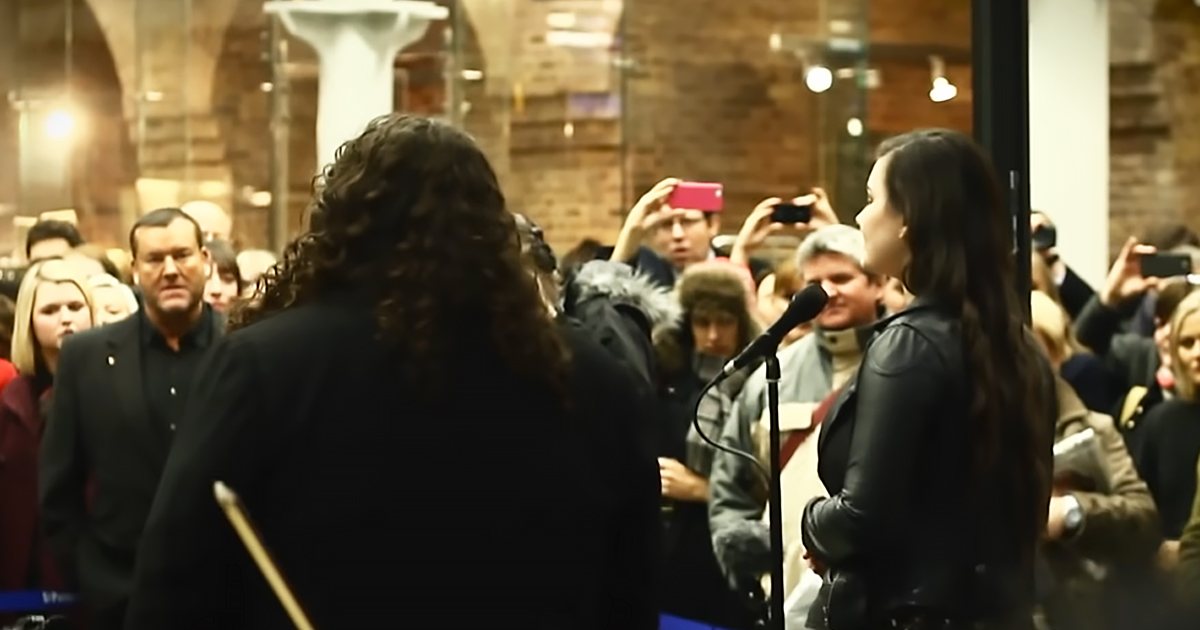 Jonathan and Charlotte perform “The Prayer,” made famous by another male and female duo. Originally, Andrea Bocelli and Celine Dion made the song famous in 1998. Their version, Dion singing English and Bocelli singing Italian, won the Golden Globe and was nominated for a Grammy.

Charlotte begins the song, just as Celine Dion does, singing the first verse alone. Her lyrics ask God to guide her and give her wisdom when she is lost. 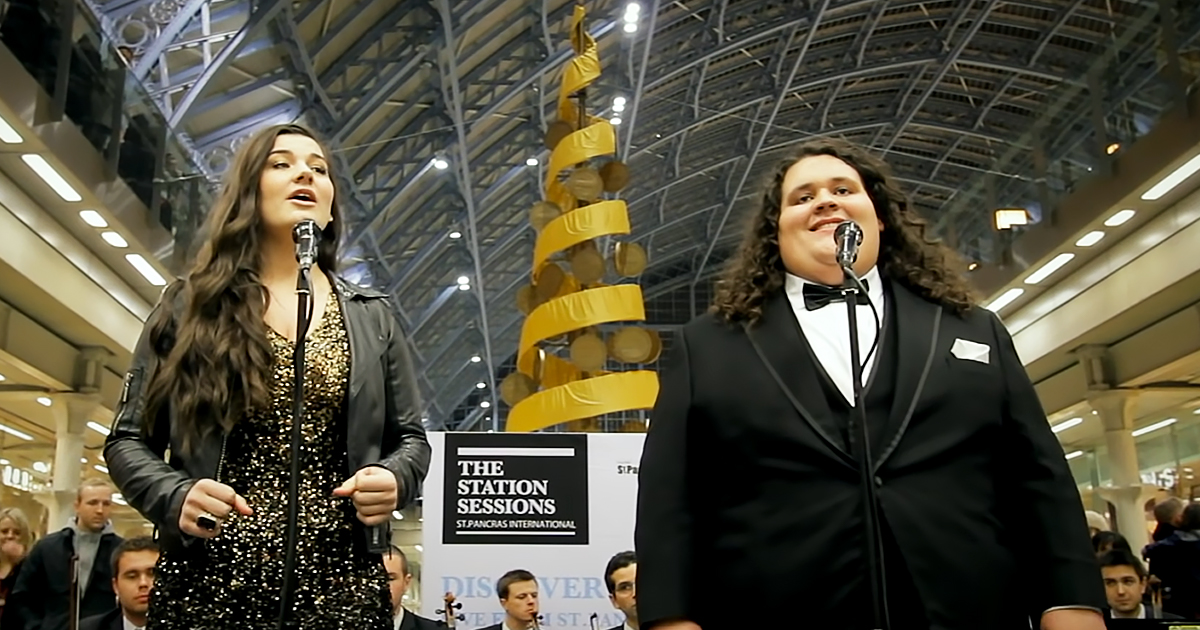 Then Jonathan enters the song, his voice so rich and pure. He sings in Italian, as Bocelli did. Jonathan is a classically trained tenor, and his voice is strong and sweet at the same time.

The audience is enraptured by the talent filling up the train station that night. Indeed, some viewers had chills seeing these two young newcomers to the world of music give such an incredible performance.