Josh Groban and Tony Danza play father-and-son cops in the new Netflix sitcom ‘The Good Cop’, and they can also make a mean home-cooked-meal. Watch as the guys serve up Danza’s signature spaghetti dish and talk about their new show.

Tony Danza already knows his way around the kitchen, and now the actor and cookbook author is sharing his secrets with costar Josh Groban while they chat about their new cop show on Netflix. This was such a great idea on Netflix’s part! I mean, their show is great and Tony’s spaghetti is simply delicious. I know. I made it following Tony’s directions. So easy, yet so scrumptious.

Between chopping garlic and crushing tomatoes by hand, Danza and Groban discuss their new series. Josh is T.J., a strait-laced police lieutenant, and his dad, Tony Sr., is a corrupt cop out on parole after serving a prison sentence.

While making Danza’s from-scratch signature spaghetti marinara and stuffed artichokes, it isn’t long before Groban breaks out a bottle of wine. “This is my favorite part of cooking,” he jokes.

“You watch Columbo…that’s what our show is, it’s a throwback to those kinds of shows,” Danza says of The Good Cop. “Like a procedural, but it’s a mystery.”

“I like the mystery aspect of our show,” Josh adds. “Whatever the murder is, whatever the mystery is, takes us to a new world, a new environment…and it’s fun for the whole family!”

“One of my favorite parts of the show are the actions scenes,” Groban explains. “My character is very straight-laced, so when TJ gets to go Hulk-mode a little bit and bust down doors and shoot out windows and arrest people, that’s fun for me.”

“There are a couple of episodes where I sing in the show, but my friend says to me, ‘Tony do you realize you’re in a show with Josh Groban. He’s fighting, and you’re singing?'”

Tony Danza is still a hoot, The Good Cop is a great show, and his spaghetti recipe will make your tummy growl with hunger! Watch and give it a try with your family sometime. When they ask for your recipe, just tell ’em: “Tony taught me.” 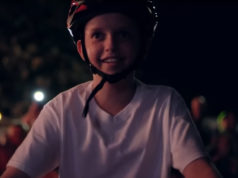 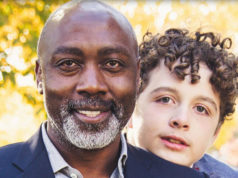