The best part about the “Got Talent” series is that it’s global. Where else on earth is it possible to see the greatest talent from all around the world and in one place: our living rooms?

Up to this point, I would say I have heard plenty of contestants on all of the “Got Talent” series. Some of them have appeared on the American version of the show while others have appeared on other international editions. This story is about a little girl called Amira. She is just 9 years old and about to appear on the Holland edition of the show.

At such an early age, she stood in front of the judges and prepared herself for the performance that would change her life. She comes from the Netherlands herself, and when these judges first laid eyes on her, they did not know what to expect. In their minds, she was a very little girl who was going to choose a lightweight song to perform for them.

They had no idea just good Amira Willighagen was going to be. They have been surprised before, but they had also been disappointed when a contestant had elevated their expectations and then when the time came had not delivered.

Amira quickly told the judges that her choice for a song was not what many people would have chosen. She would be performing a song from an opera.

She didn’t mind if people did not agree with her choice. When an opera song is selected, the judges get skeptical because of the degree of difficulty associated with singing songs like this. One of the judges even went so far as to suggest Amira that she might be making a mistake.

Amira did not change her mind. She even told the judge that she thought that opera music was very soothing and enjoyable. The judges knew that there was no way the little girl would change her mind and they prepared themselves for the inevitable letdown that would probably take place.

The girl got the ‘go’ signal and the music started to play. It only took her a couple of seconds to break the notions that the judges had imagined.

As soon as she started singing, it became clear that she was more than prepared to handle this performance. She was definitely not biting more than she could chew. Who would have thought that such a big voice would be hiding in such a small package? This was a lesson for me not to judge books by their cover.

One thing that surprised me was that Amira’s brother is actually a skilled violin player. She only wanted to learn a song that she could perform with him. Well, I bet I have sparked your interest in knowing just how skilled this singer is. Well, without further ado, I give you the amazing Amira! 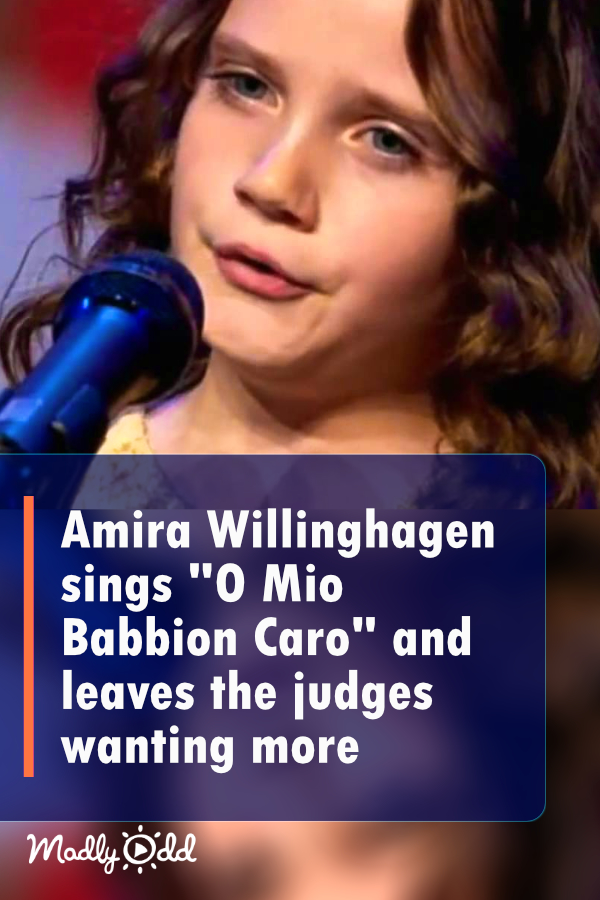