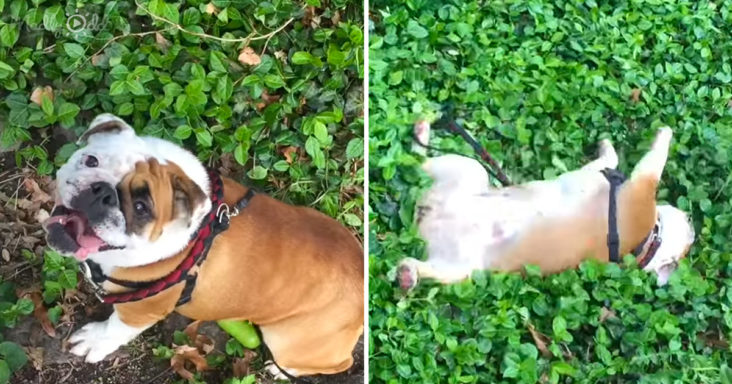 Juju the English Bulldog is an internet superstar thanks to his adorable antics. In this video, he is seen repeatedly rolling down a small hill while his human films him.

The most endearing part of his little routine is how at the end of every roll, he looks up at his human for approval. And the way he runs back up the hill for another tumble is impossible to resist.

Juju the English Bulldog is the star of his own Youtube channel of the same name. The channel has only one video, this one, and although it has only a few hundred subscribers, the video has gone absolutely viral with over 370K views! 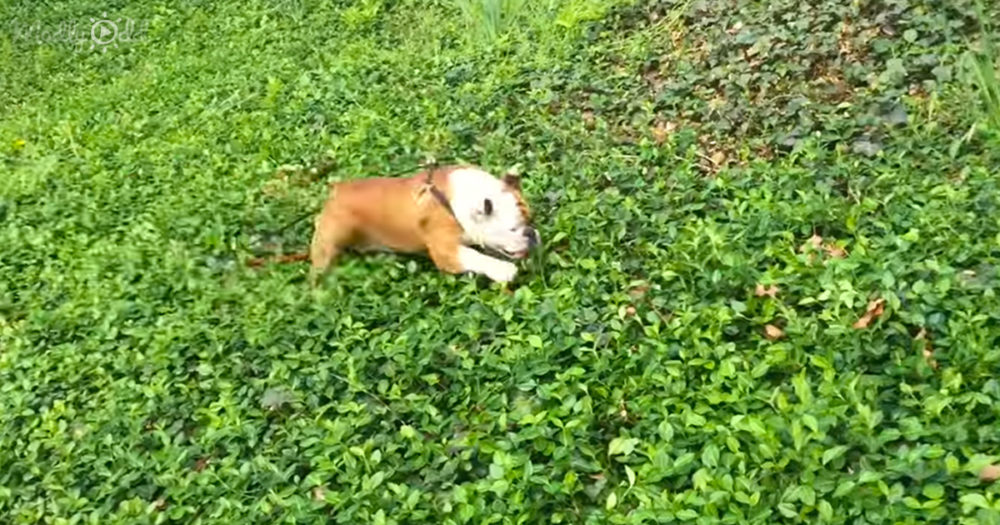 Bulldogs are known for being playful with the American Kennel Club describing them as “equable and kind, resolute, and courageous (not vicious or aggressive), and demeanor should be a pacifist and dignified.”

They are one of the most popular breeds as family pets because of how well they get along with children as well as with other dogs. They are the fifth most popular pure breed in the US according to the American Kennel Club.

Their medium-sized build also makes them a great pet for people who live in cities since they do not require too much space to be comfortable.