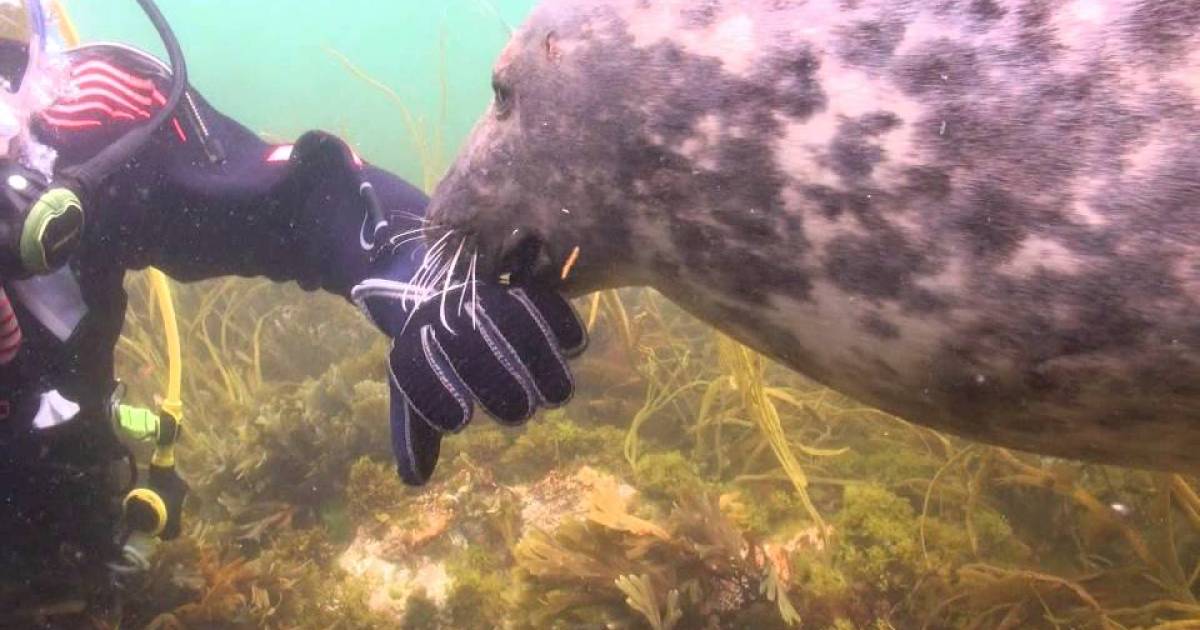 Gary Grayson was scuba diving near the Isles of Scilly off the southwestern tip of England when he had an unforgettable close encounter with some Atlantic gray seals. One particularly bold seal swam right up to him, but Grayson wasn’t afraid of being attacked. The seal was obviously just curious, and so was Grayson.

The seal bumped noses with the diver and then gazed right into his eyes. A few seconds later, the seal swam around to his left and rolled over. As if he wasn’t astonished enough, Grayson got an even bigger surprise when the seal grabbed at his hand and demanded a belly rub! 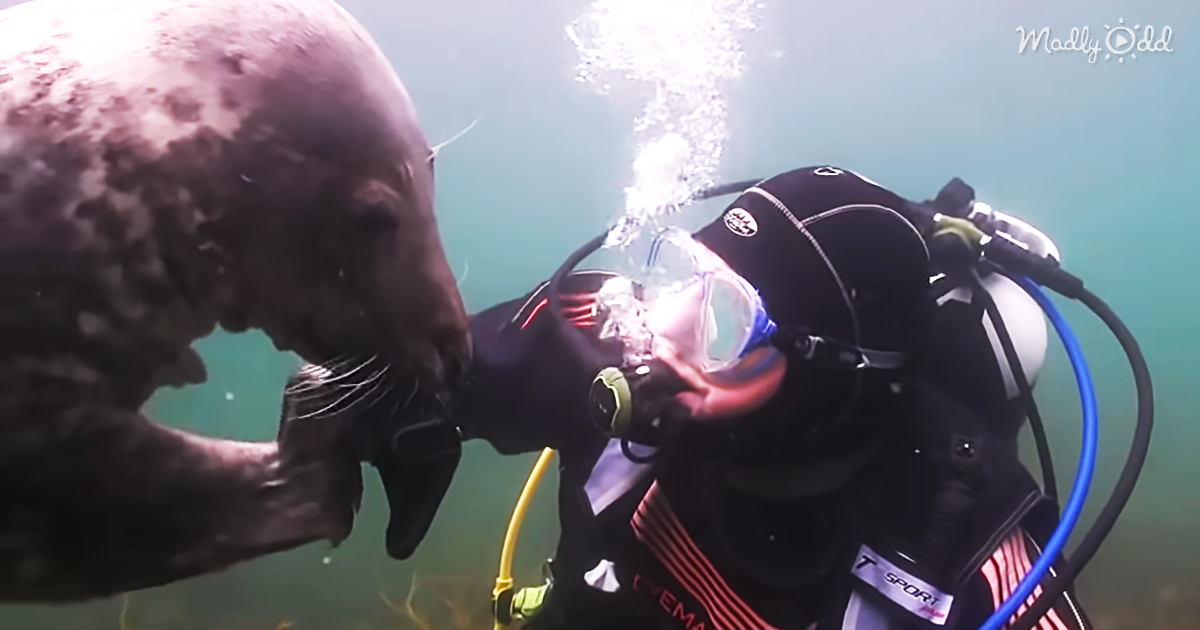 The seal was quite pleased when his new human friend obliged. The seal then swam around and accepted a few rubs under the chin, just like it was a cat or dog. After playing with the diver’s hands a bit and giving him a goodbye hug, the seal was on its way.

As Grayson recalled, “I’m usually the one with the camera, but when I saw everyone had taken a shine to this seal I said, ‘You film, I want a go.’ I have been diving with seals before and had them buzzing around you before, but I’ve never had one that stayed so close for that amount of time and was so friendly.” 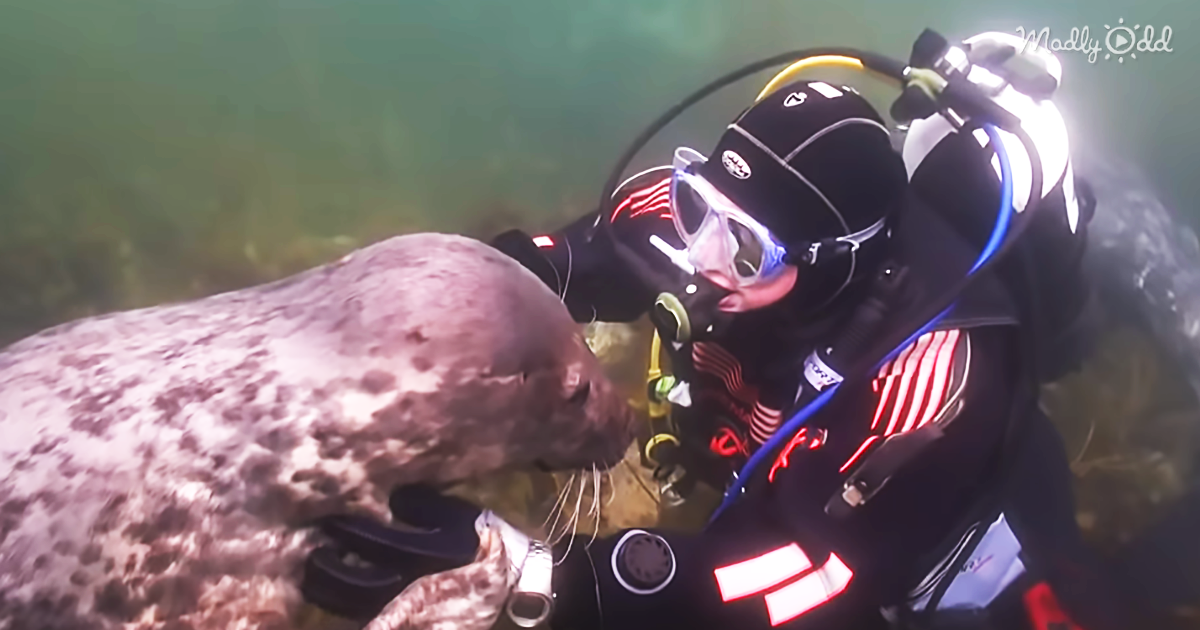 One seal expert who saw the video, Ally McMillan, the CEO of Seal Rescue Island, told a reporter at the Huffington Post, “It really shows how sweet, curious and dog-like seals are.”

During his many travels, Grayson has swum among crocodiles, sharks, and dolphins, but he insists that this clip of him with the seal is his most treasured souvenir. “It was amazing and something I’ll never forget — I have the video on my phone now and watch it all the time. In fact, I’ve probably bored all my friends going on about it.” 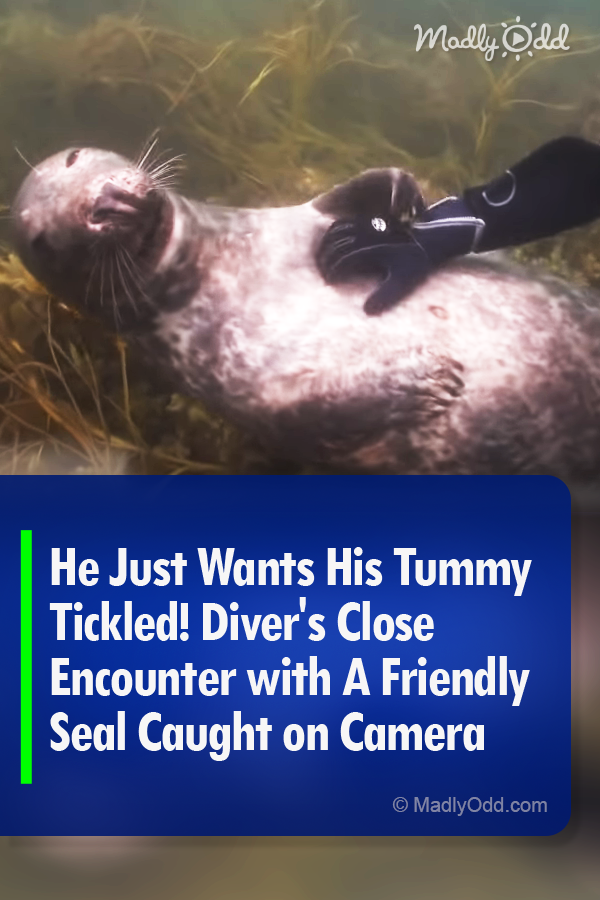