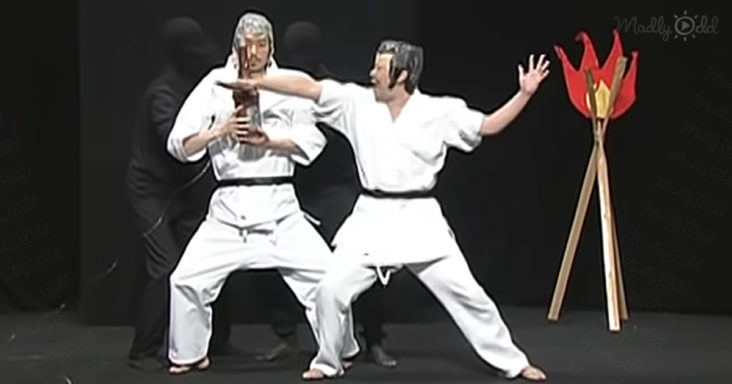 The stage curtains open to reveal a stoic karate master standing next to a stack of stone. This performance isn’t your typical showcase. He splits the stack in half, showing he has superhuman powers.

One by one, his students come out holding various objects for him to break. When he splits a block of wood in two, he also splits the student’s body from shoulder to hip.

The following student comes out holding a bat, and when the karate master kicks it, the bat splits in half along with the student. His legs and upper torso slowly drift apart, and they go in opposite directions when they try to leave. 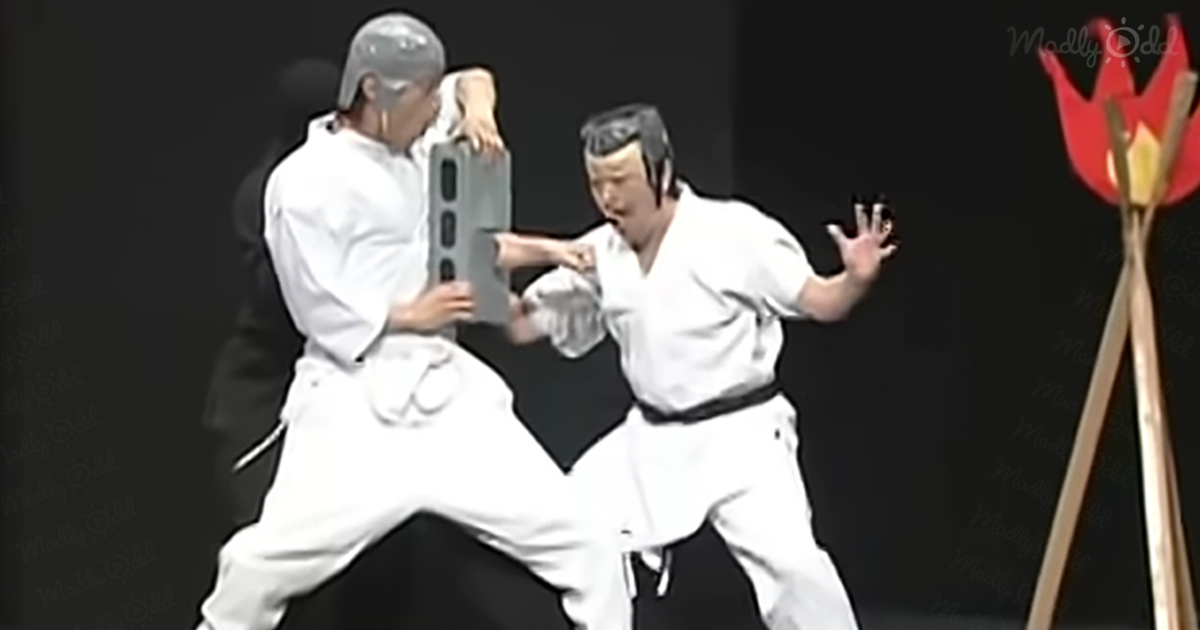 Another impressive feat is when the master punches through a cinderblock. Instead of it breaking, his hand comes out of the block itself. Even he is shocked by the strange sight.

A student then comes out holding a large glass bottle, and the master easily smashes it with a single chop. The student doesn’t break in half, but his head does come off his body.

Trying to keep his head balanced, the headless man walks off stage. They then prepare for the final feat of the master. A large candle is brought onto the stage.

Next to the candle are other karate students. The master begins blowing, and everything on stage is carried away by his breath. The audience is amazed by the performance.