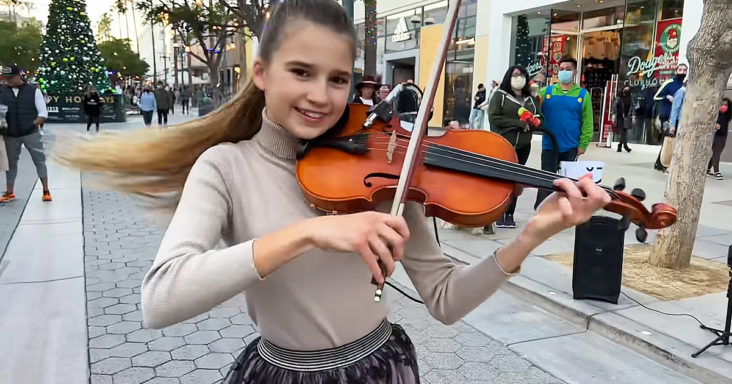 Chances are you’ve seen buskers perform before. And while the bravery of these impromptu performers is admirable, Karolina Protsenko’s busking in this cover of “Levitating” is on an entirely different level. 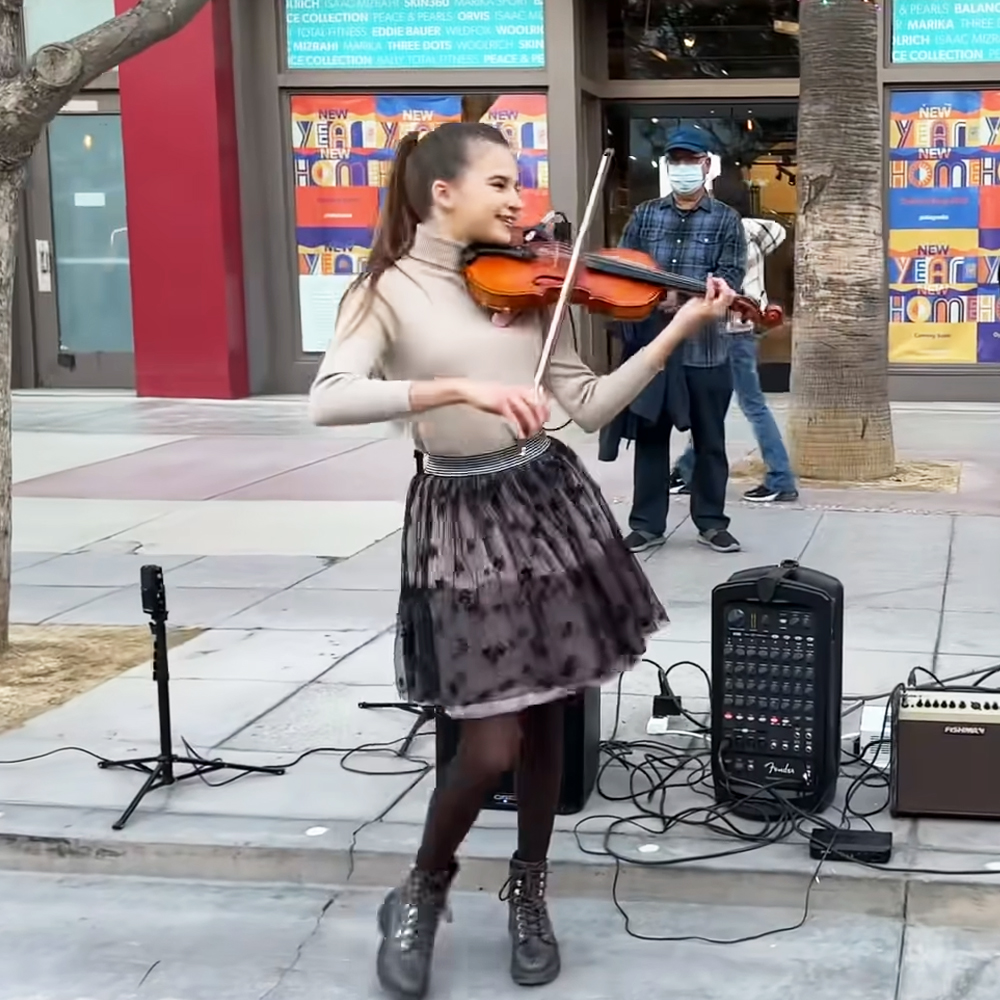 While some buskers might slip into the background on a busy street, the child prodigy refuses to go unnoticed. As she starts to play, the heads on the street turn.

Karolina Protsenko began her classical training when she was only six years old. This fact is overshadowed by the knowledge that her birthday was October 3, 2008. That means this skilled violinist is, at the time of this video, only 13 years old! 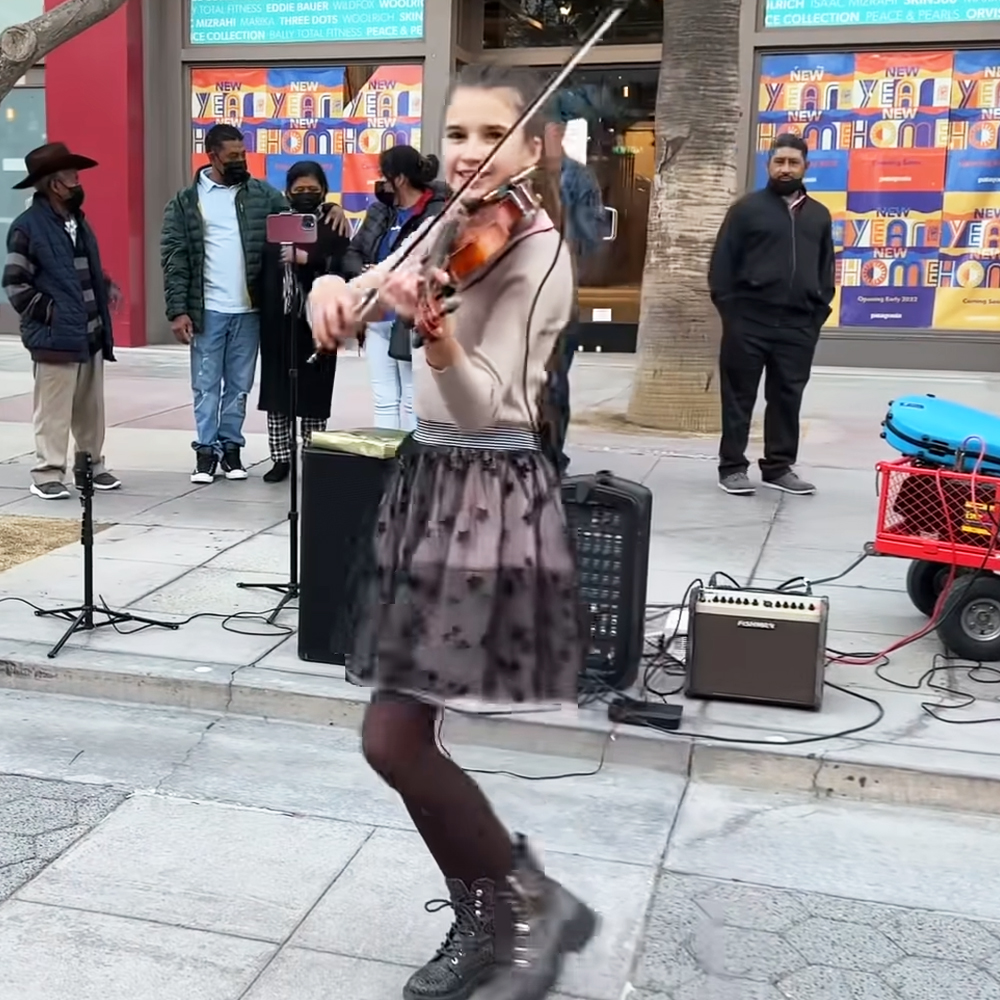 Most adults would shiver at the thought of performing on a crowded street, but Karolina has been busking since 2017, and her comfort shows. With a big smile on her face, she plays her cover of “Levitating” by Dua Lipa.

Every moment of her performance, her youthful joy shines through. She plays with her audience, flowing with the song as she draws her bow across the string of her violin. 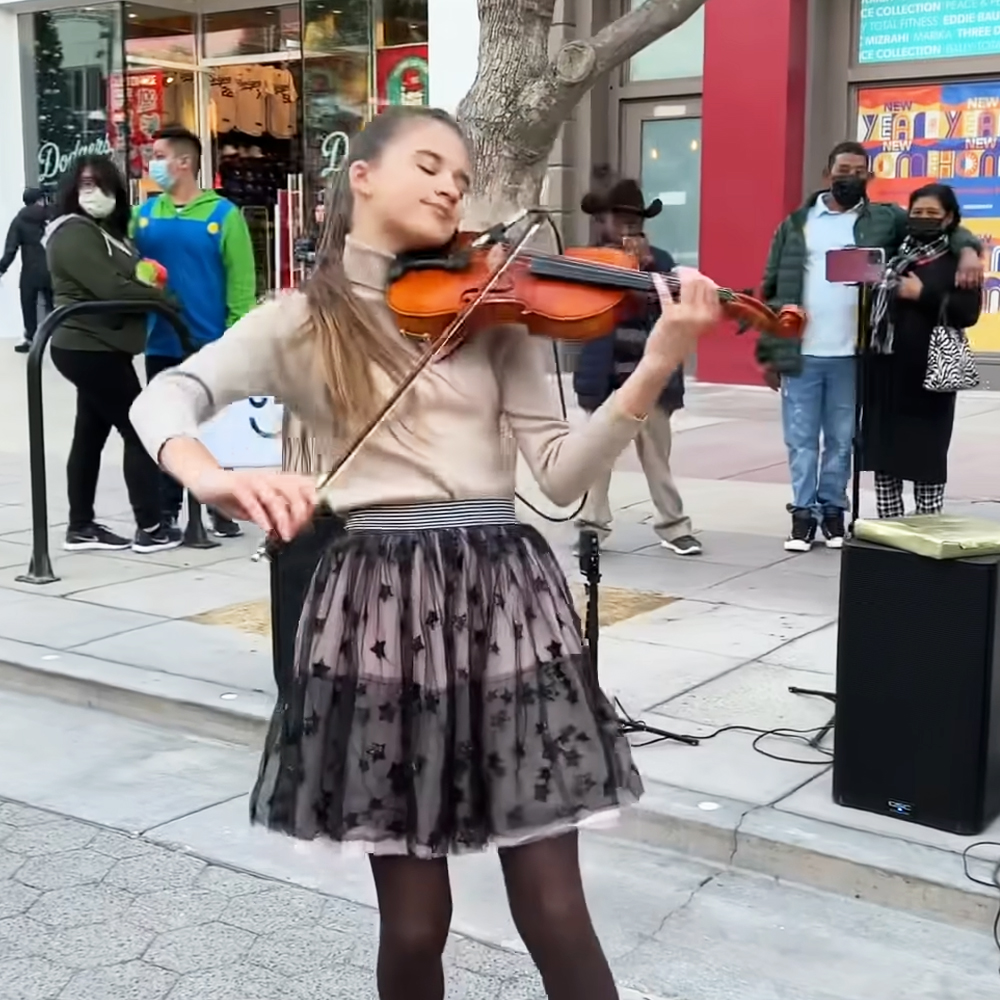 It’s no wonder the young musician has risen to such fame in the short time she has been performing. In the short years she has been in the public eye, she has amassed an Instagram following of over 850,000 people!

The sky is the limit for this current and future star. Having achieved so much in so few years, you can bet that this Ukrainian-born performer will continue to grow as a musician.