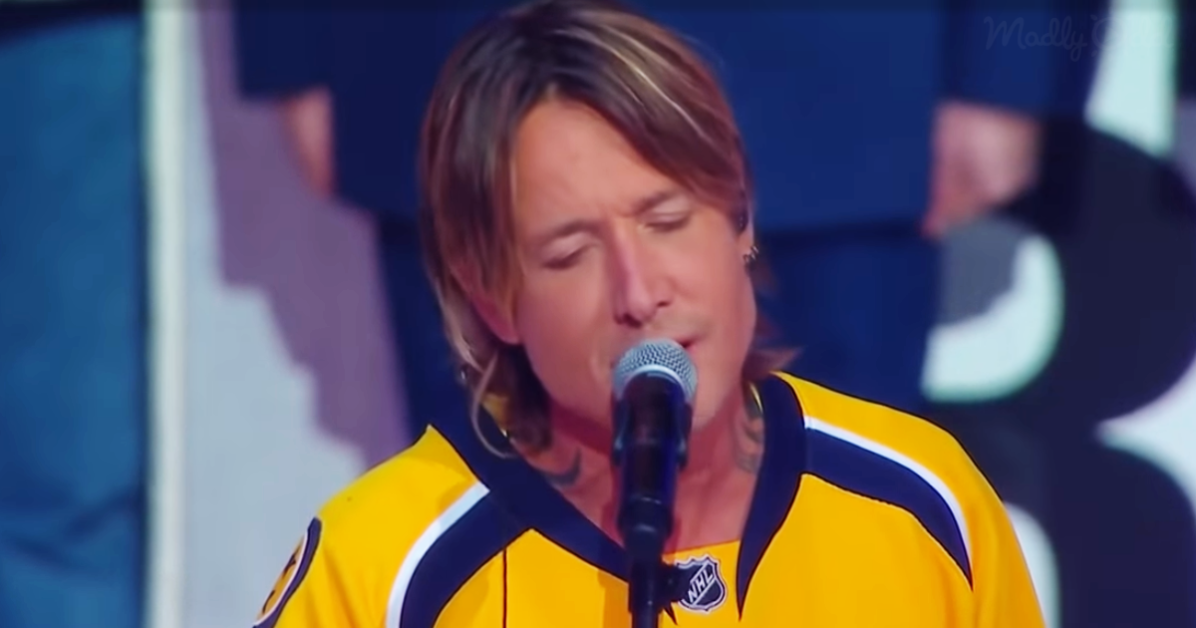 Country music legend Keith Urban has many accomplishments that can be listed after his name.  Among those are singer, songwriter, and record producer.  Those talents have accumulated many awards for this singer – four Grammys, ten CMA Awards, eleven Academy of Country Music Awards, an American Music Award, and a People’s Choice Award.  He has even been nominated for a Golden Globe and has already been inducted as a member of the Grand Ole Opry.

Keith can now add U.S. National Anthem singer to his list of accomplishments. Living outside of Nashville with his movie star actress wife, Nicole Kidman, it seemed only natural for him to open for the hockey game between the Nashville, TN Predators and the Anaheim, CA Ducks.  Game 3 of the 2017 hockey season was surprisingly the first time he had officially sung the National Anthem. 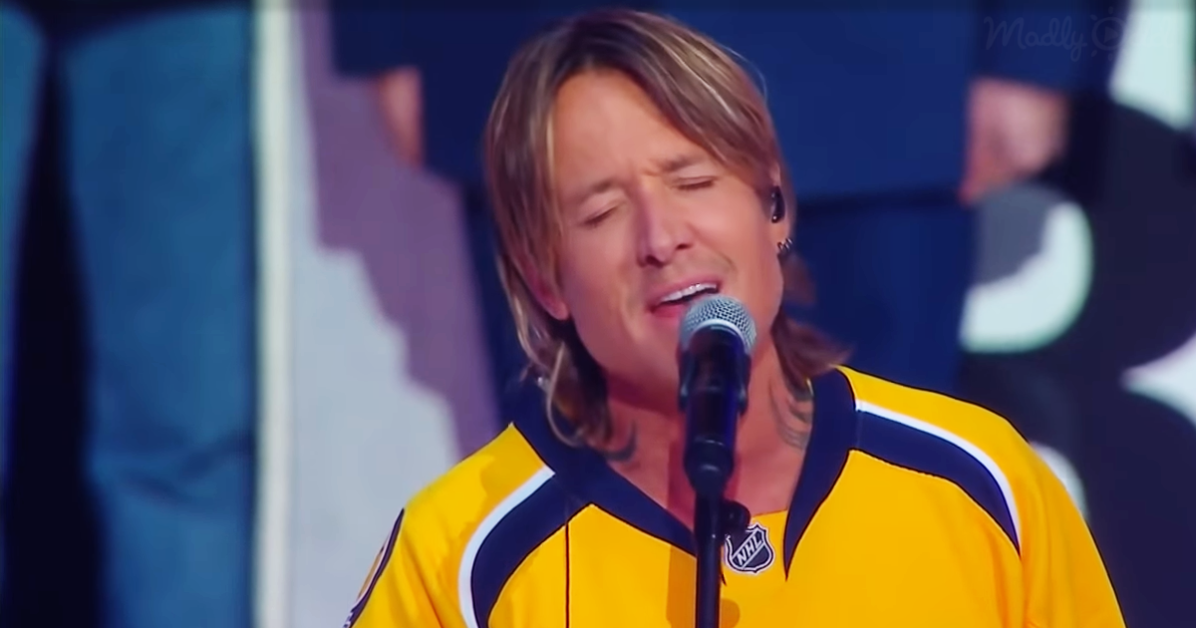 When it was announced that Keith Urban would be opening the game by singing the national anthem, the crowd erupted with excitement. Urban stepped comfortably out onto the ice wearing a Predators jersey and jeans.  The dimly-lit hockey stadium was accented by the gentle glow of thousands of glow-in-the-dark wristbands and red and blue lights.

Keith confidently grabbed the mic and began singing.  It was evident that it was very heartfelt and meant a lot to him personally.  His acapella version of the National Anthem was straight-forward and pure; he did not feel the need to add all the extra “frills” some other popular artists quite often do.  The melody and words of the song spoke for themselves as his pure, angelic voice carried throughout every inch of the stadium.

As is customary, the crowd started to rally and cheer towards the final bars of the song.  Keith’s meaningful, pure rendition of the National Anthem was a hit.

If you think Keith Urban’s version of the National Anthem was outstanding and heart-warming, please share his video. 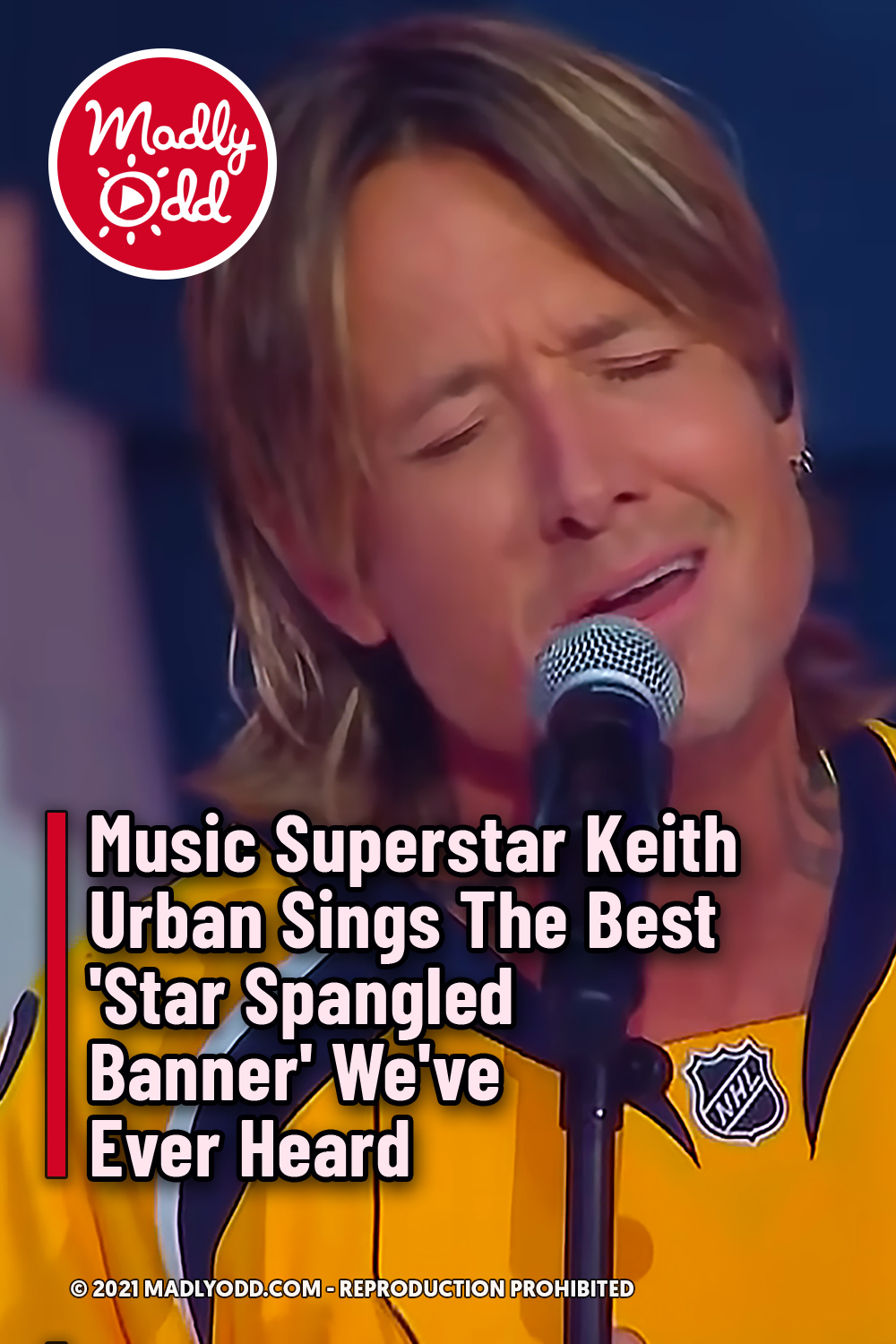