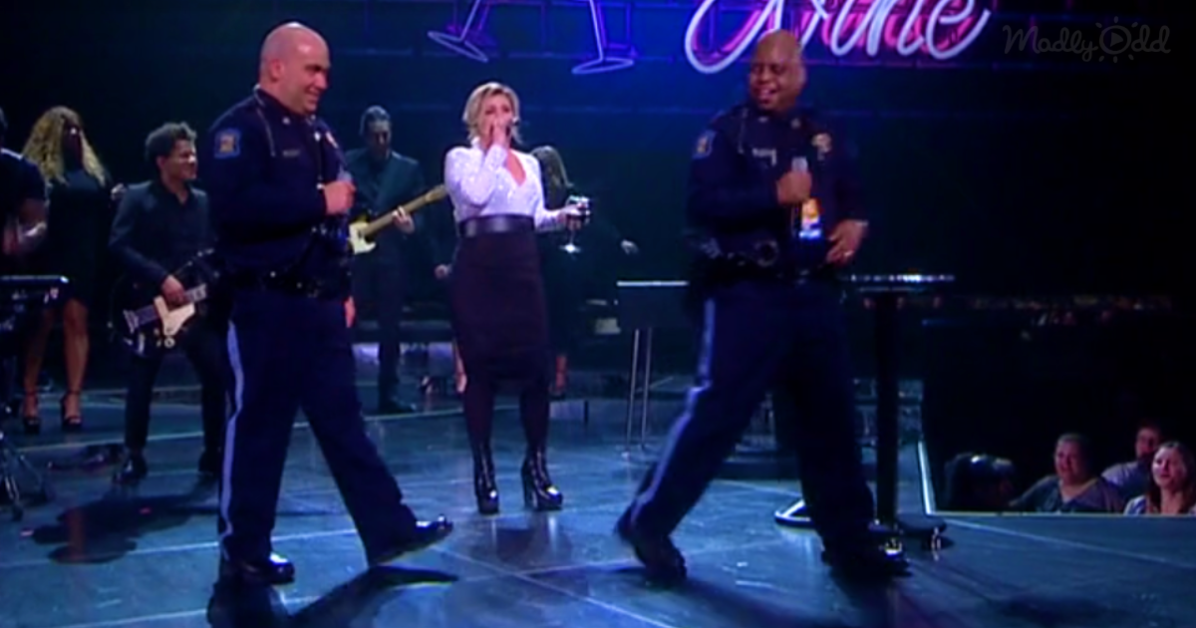 Capitol Police Officers Jackson and Pagel got to join music star Kelly Clarkson at the Sprint Center for a karaoke version of “Stand By Me,” during her “Meaning of Life” tour.

The police duo is well-known in Topeka for their #PoliceCarKaraoke videos. These guys are the real deal, folks. Most officers participating in the national lip sync challenge are, of, of course, just lip syncing, but Jackson and Pagel sing their parts. 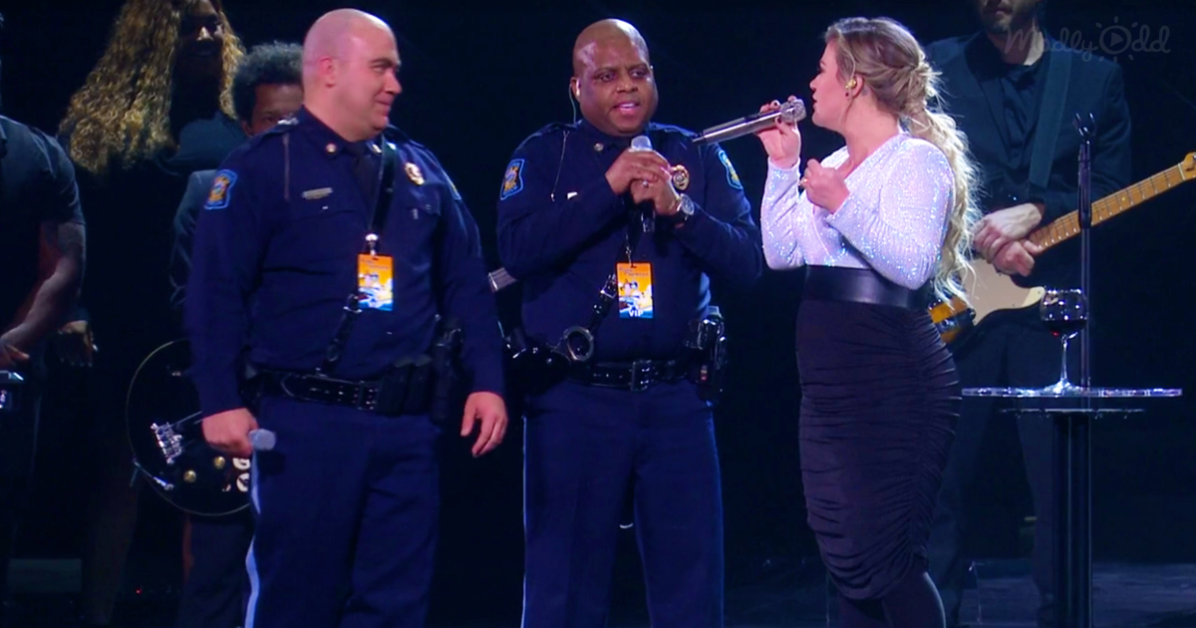 Kelly Clarkson shocked and delighted the crowd when she brought out the  Kansas law enforcement officers, LaMont Jackson and Mike Pagel.  The two come on stage and do a short interview with Clarkson before busting out the most amazing voices while singing, “Stand By Me.”

The enthusiastic crowd went crazy, singing along and waving their hands with the police officers.  The pair sounded like true professional singers with their deep tenor voices. Clarkson chimed in as a backup singer for the song.

When the song finished Clarkson came back out and discussed with them about how appropriate that song was considering the fact that there is so much backlash against police officers across the country.  She encouraged the crowd to stop hating the police and start to understand that they risk their lives daily for us.

Later, Officer Pagel posted a message about the performance on Twitter, “It’s not a secret anymore,” Pagel wrote through the Kansas Capitol Police Twitter account. “Words can’t even explain how much fun Officer Jackson and I had last night at the @SprintCenter. #WOW. A big SHOUTOUT & THANK YOU to @kelly_clarkson for inviting us.”

If you are a fan of Officers Jackson and Pagle, then share their video with a good friend so they can experience their great voices and Kelly’s praise for what they are doing for us in the field.