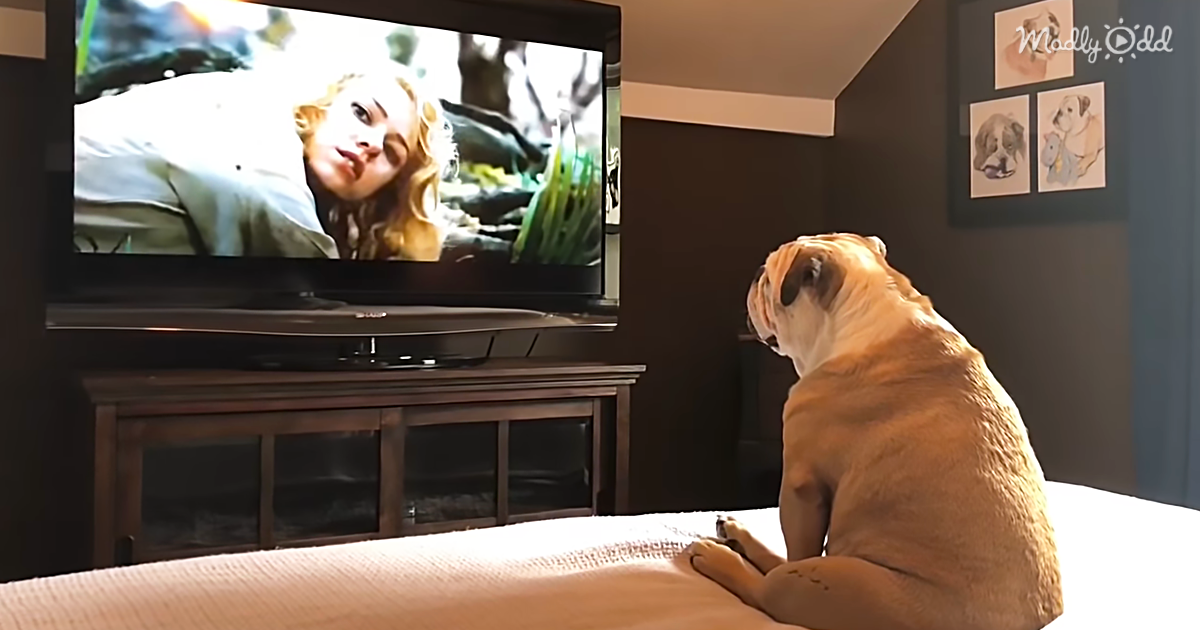 Khaleesi the bulldog isn’t content to merely sit and watch an action movie. No, she has to try and protect the damsel in distress. What a brave doggie.

This English bulldog was watching Peter Jackson’s “King Kong,” you know, like a dog does. But when the actress on-screen gets dropped into peril, Khaleesi’s queenly protective instincts rev into high gear.

As soon as she sees the actress try to free herself from King Kong, the dog barks intensely. She tries to warn off both an imaginary dinosaur and an imaginary giant ape as they fight over the actress. If only our dogs were so brave. What a good girl.