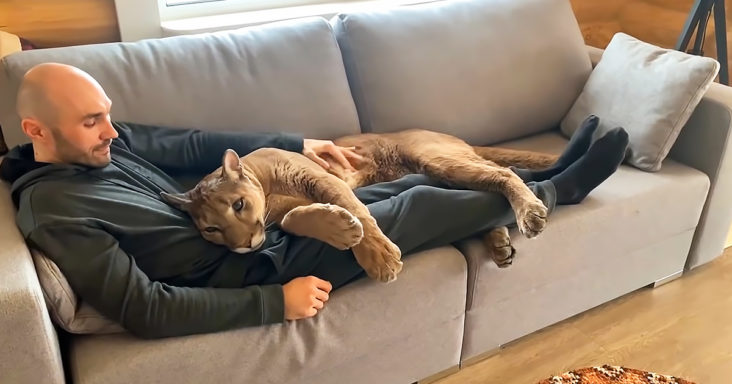 Messi, a puma, was unlike most big cats in the wild or in zoos. This big cat lived in a one-bedroom apartment in Russia. The puma was born in captivity at a zoo in Russia but suffered various health problems. When he was 2-months-old, Messi was kept in a tiny enclosure at the zoo. The poor animal was also malnourished. 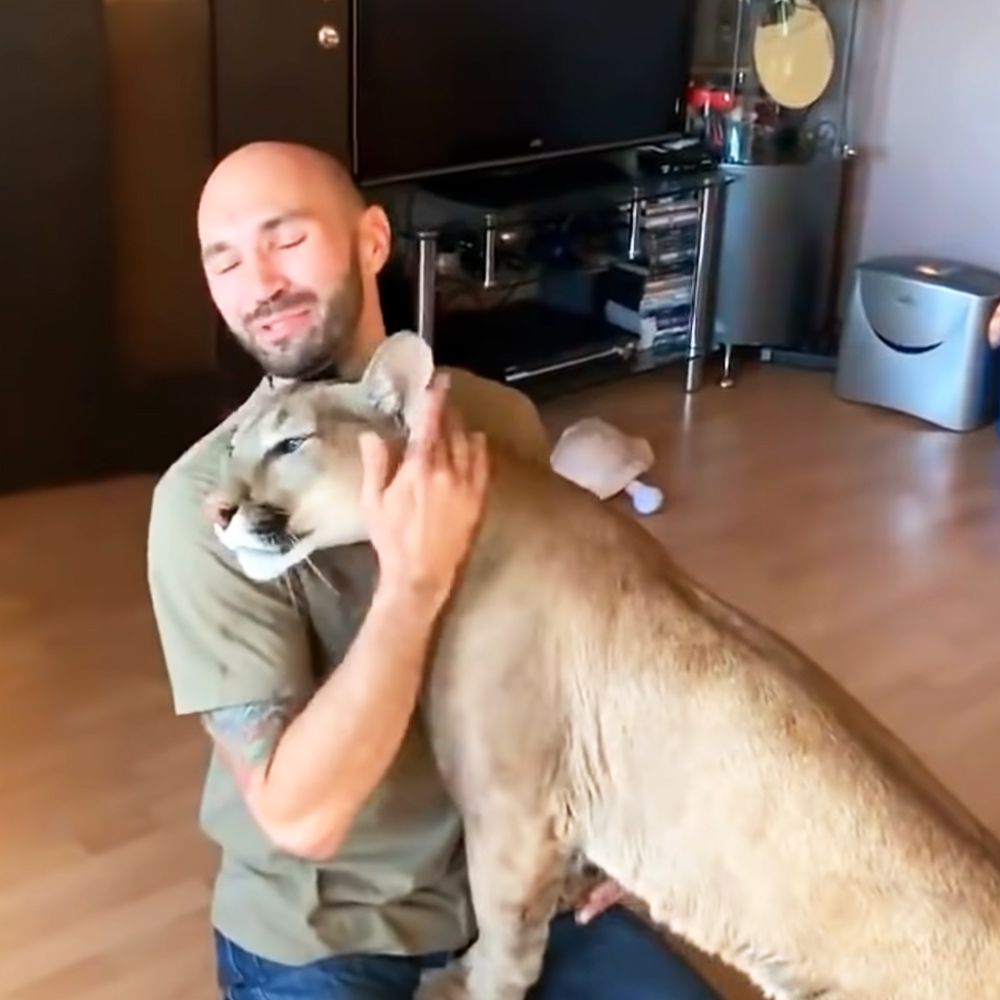 This developed muscle weaknesses, rickets, and urinary tract infection. Since pumas were not native to Russia, the zoo decided that they could not release the animal into the wild. Furthermore, his illness prevented Messi from living in another zoo or animal sanctuary. So, the zoo decided to euthanize him. Fortunately, a Russian couple named Aleksandr & Mariya Dmitriev heard about the sickly cub.

After talking to other puma breeders and learning everything about the maintenance and care of the animal, they took a leap of faith and approached the zoo about adopting Messi. To their surprise, the zoo agreed. The Russian couple had always dreamt of owning a big cat like a lynx. Aleksandr believed that having Messi as a house cat was a part of their destiny. 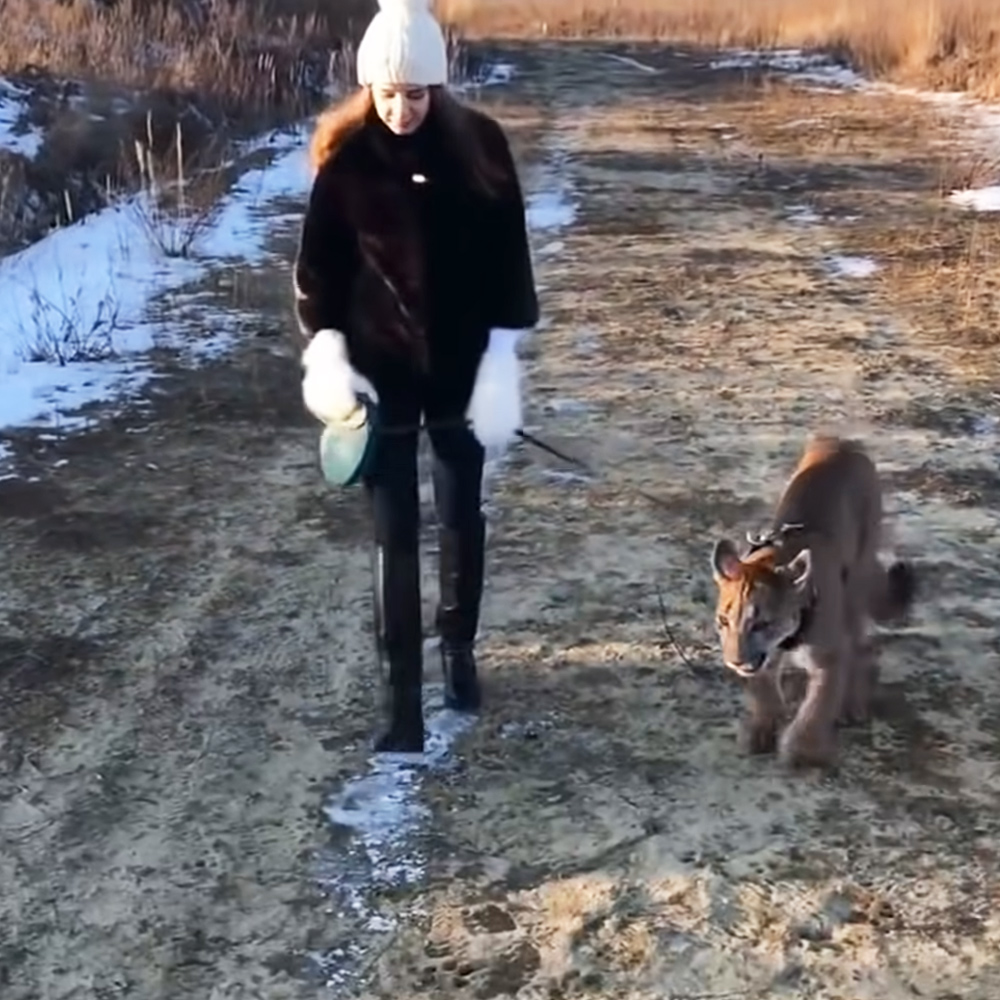 The couple even wondered whether it was correct to adopt an exotic pet. However, they knew if they did not adopt the puma, the animal would not be able to survive. Taking care of Messi was a significant challenge in many ways. Beyond being a wild animal, the big cat needed extra medical attention and care. When the couple had brought him home, the puma could barely walk. At first, Messi found it very difficult to walk with the couple. However, after several months of taking vitamins, Messi could walk for 1.5 miles and even jump a little.

Even though the couple had nursed the big cat back to health, Messi was only two-thirds of an average puma size. The couple initially lived in a one-bedroom apartment and did their best to accommodate Messi’s needs. They converted their hallway into Messi’s den and had a tree placed on the bamboo walls. Even their bathtub had turned into the world’s most enormous kitty litter box. But eventually, they did move into a bigger house with much more room. So that Messi could move around. 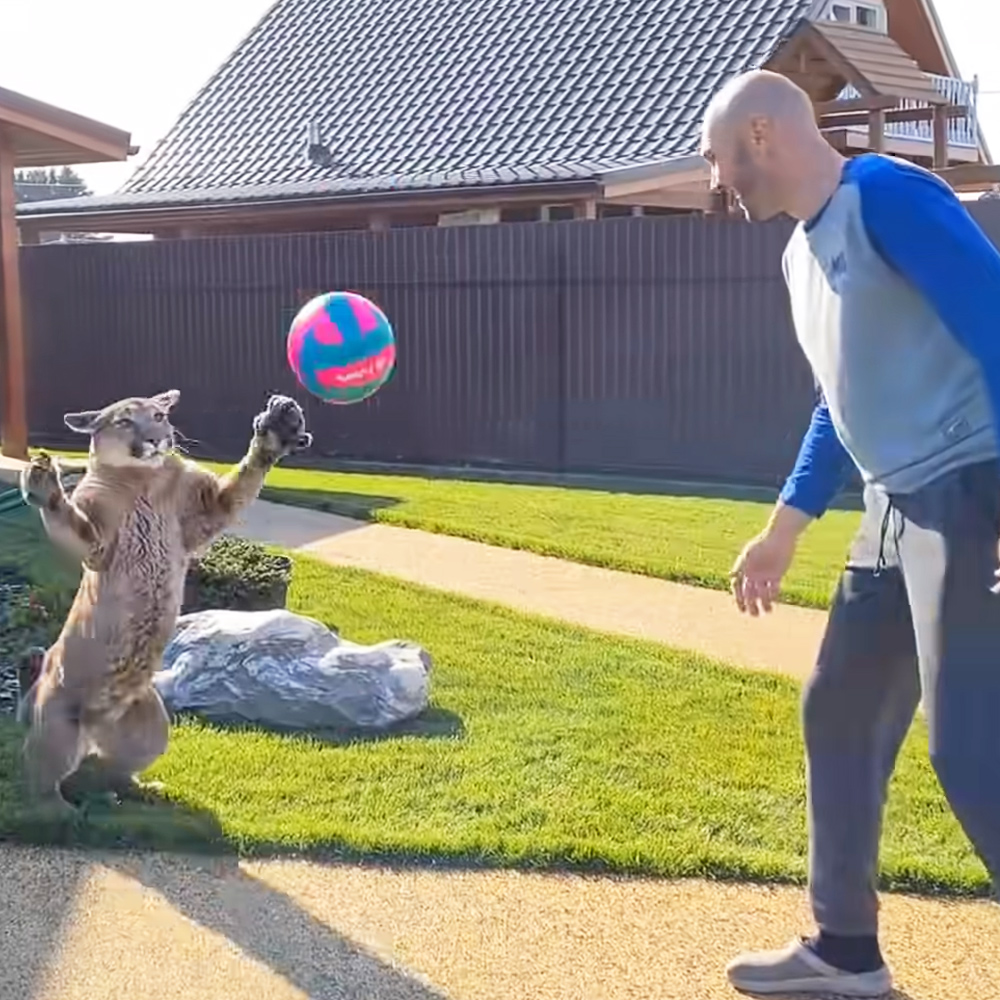 Regardless of their size, cats will remain cats. Like smaller house cats, Messi loved to play with something round. However, instead of yarn bowls, he preferred more significant objects like watermelons and pumpkins. Even though he had different kinds of toys, the puma thought there was nothing funnier than playing with a plastic bottle.

Messi required plenty of exercises, just like a pet dog. However, unlike a dog, training this big cat was not easy. First, the couple tried to find a wild animal handler but failed. Finally, they found a dog training school willing to train him. Messi could now respond to 10 different commands. After a lengthy rehabilitation period, Messi lived a happy and healthy life with a loving family.