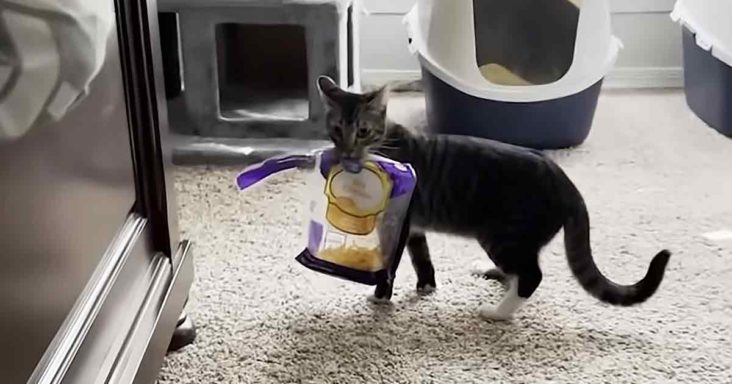 Sarah had been fostering many cats, but she had never met someone like Ponderosa in her entire life. The beautiful tabby cat was obsessed with food, especially if it was cheese. His main objective was always to secure a bag of cheese for the day. 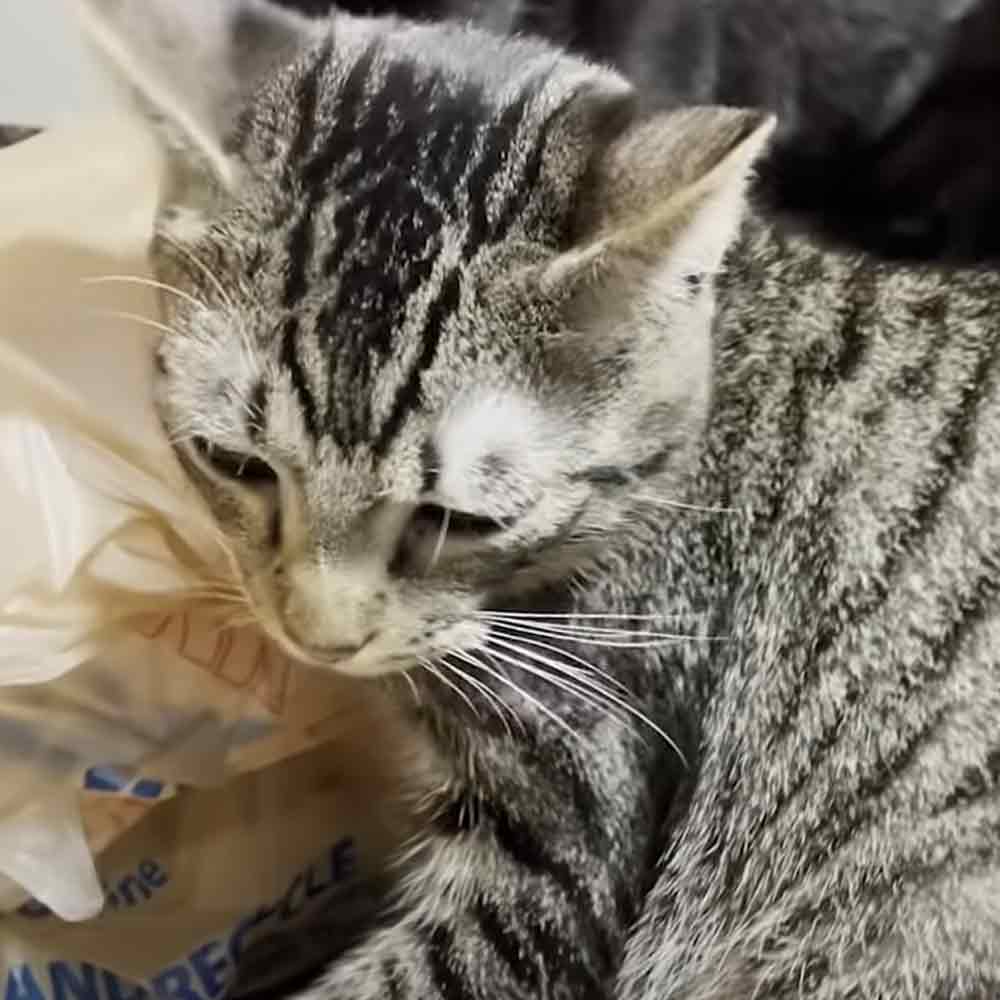 Ponderosa would sneak into carrying bags containing food items and search for his favorite cheese. Sometimes, when he found his favorite food, he would quickly run off upstairs carrying the bagful of cheese in his mouth.

As soon as Ponderosa went upstairs, the other foster cats would follow him as they wanted to have a bit of the delicious cheese he had stolen. When Sarah followed the foster cats upstairs, the naughty cat would run down with the others. 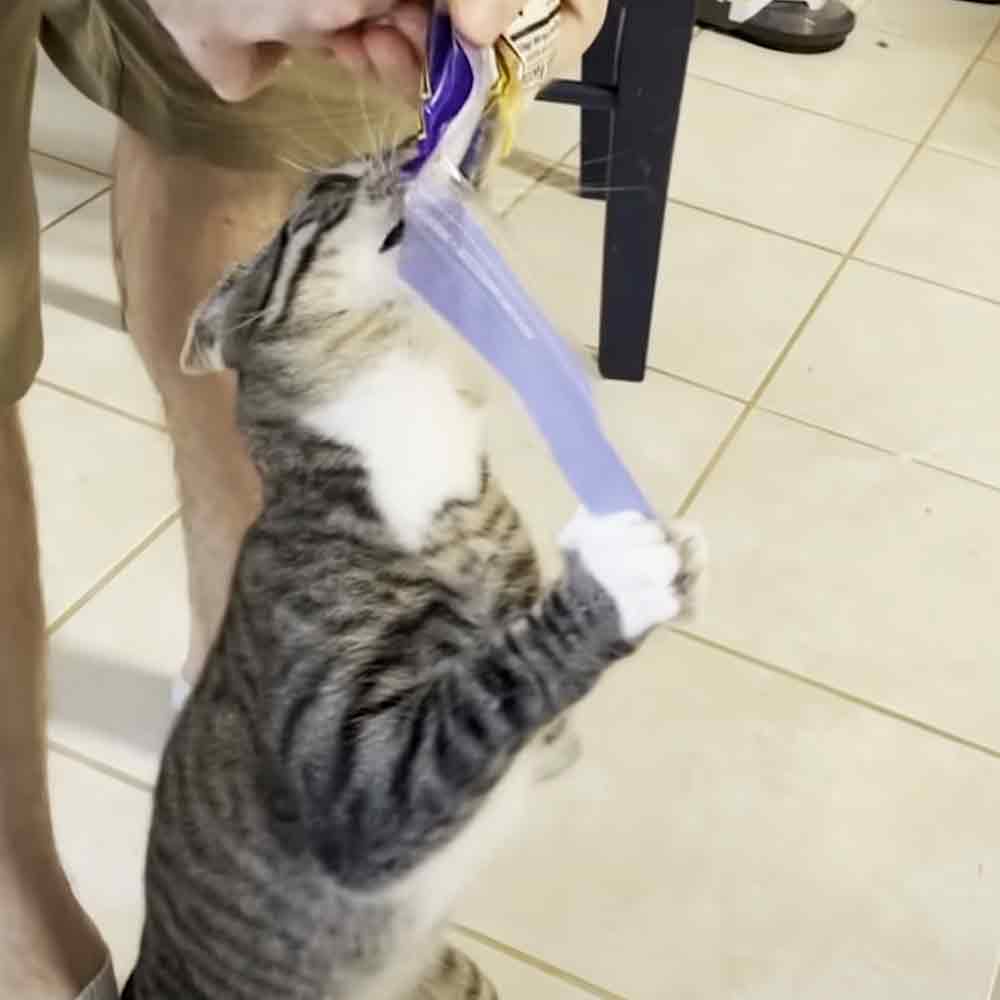 The poor woman went up and down the stairs chasing her cat. Later she found that Ponderosa had dumped all the cheese from the bag. The woman grabbed the leftover cheese in the bag with great difficulty while the cat hid under the dining table.

Many people had told Sarah that Ponderosa stole food because she did not feed him well. However, the kind woman had made sure that the cat ate all day long. Ponderosa just wanted to eat everything. 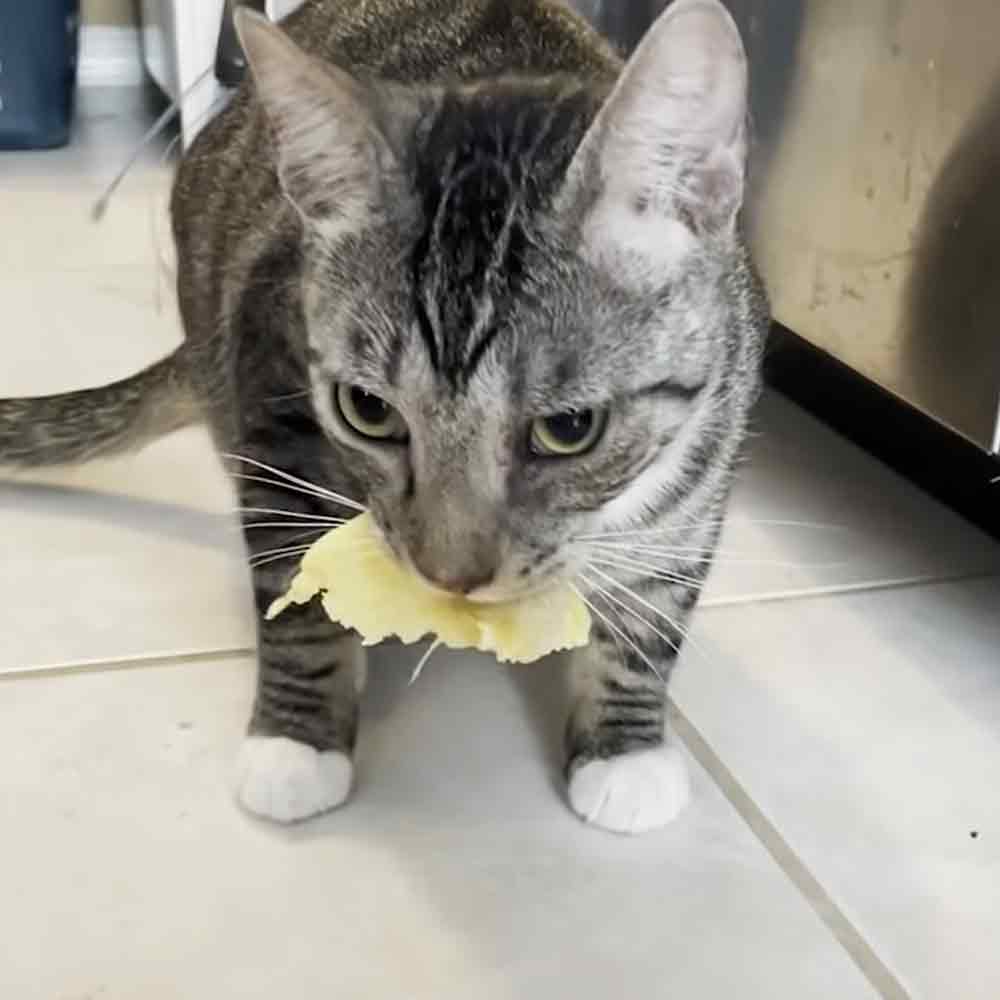 She believed that Ponderosa had the metabolism of a teenage boy on a football team. No food could be left on the counters in her home, and no food could be stagnant. Nothing was safe with the food-loving cat. Ponderosa was used to stealing food off his owner’s desk while she worked. Sarah believed that he gave himself away once he got his food.

He would growl while he ate. It was his calling card to show his mom that he had something. As soon as the owner chased the cat, he would run off upstairs. The foster mom thought he secretly loved to play the game of chase with her. Sarah loved to foster him, but she knew that he was waiting to be adopted by a perfect family who would appreciate his quirks.