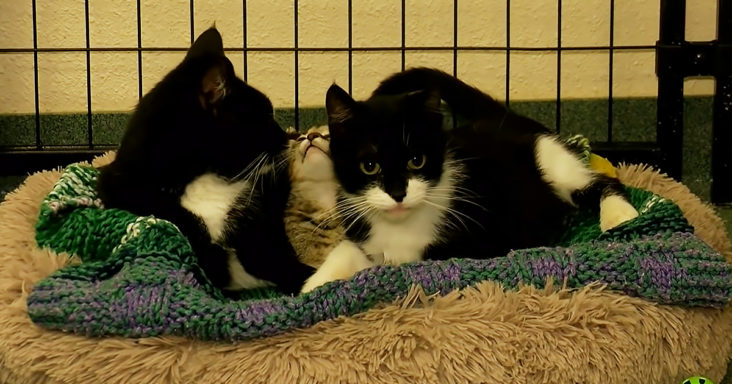 Recently a blind cat named Keller and his presumed mother were sent to a shelter in Iowa. One day, the Sioux City Animal Center received a call about two stray cats. The center witnesses a close bond between these two cats.

The younger cat was a male about 9 to 12 months old and was born with no eyes. The other cat was presumed to be his mother. She was around 1- to 2-year-old and was very protective about the younger one.

The blind cat was named Keller, and the mother cat was named Annie by the rescue center workers because of the close bond that the two shared with each other. 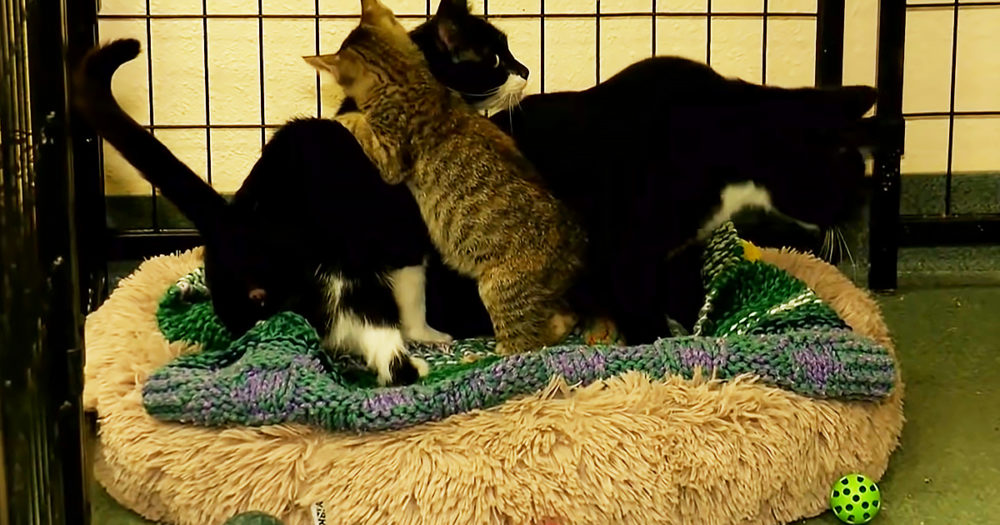 Cindy Rarrat had worked in the center for around 37 years and was simply amazed how the older cat would protect the blind cat and guide him. The mother cat was brought to the shelter one day later the young one arrived.

The mother cat was spayed, Cindy found a large tumor in her sinus cavity that was operated on and was removed. After she recovered, the center decided to test if the mother cat would accept any other kitten in the family.

However, they were not sure if Annie would accept another cat apart from Keller as she protected him. So, they decided to introduce Trixie, a 9-week-old kitten with a unique personality.

Annie and Keller surprised Cindy after they accepted Trixie into their family. Now all the three cats stay to play and stay together like one big family, and Trixie even helps Keller by guiding him. The shelter workers are currently looking for a family who could adopt all the three happy cats together.