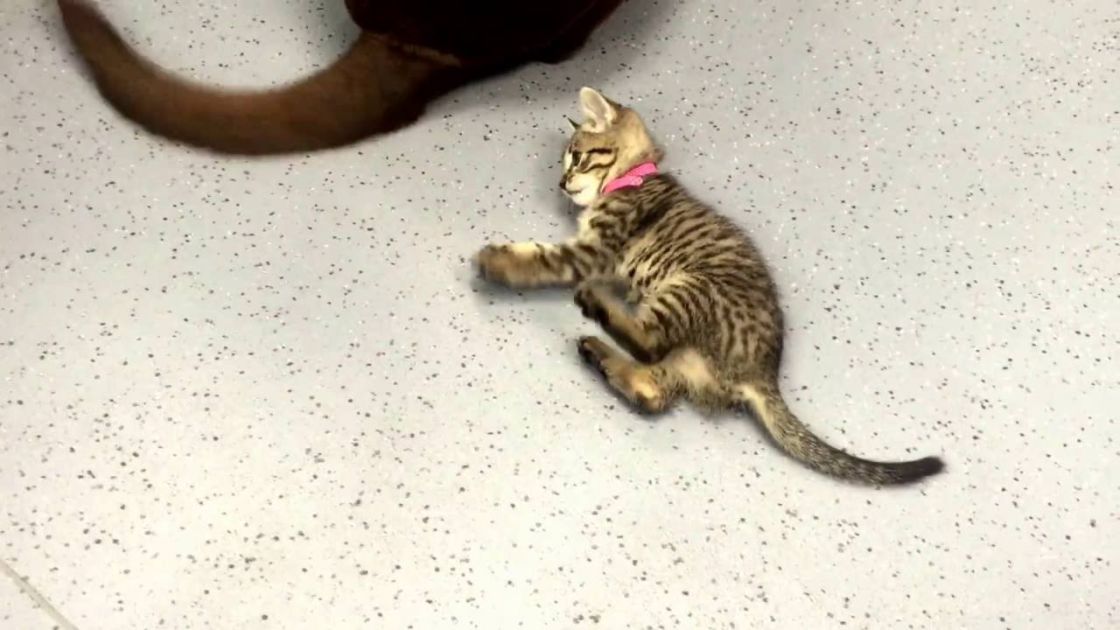 There have been many videos with kittens and dogs. Yes, they are cute, but I think I found the cutest video of them all. It’s a short one, but its brevity is made up for with maximum adorableness. If we rated this video on a cuteness scale from 1 to 10, it would be around 75 billion. Yes, it’s that cute. Just brace yourself. Make sure there’s someone else at home who can restore you after you melt into a puddle of goo.

We see a kitten in the kitchen. She’s behind what looks like a brown or chocolate lab. The lab is standing in front of his owner. Something’s making the lab happy and the kitten thinks it’s something for her to play with. This is the greatest toy in the world for her. She jumps around with so much energy. 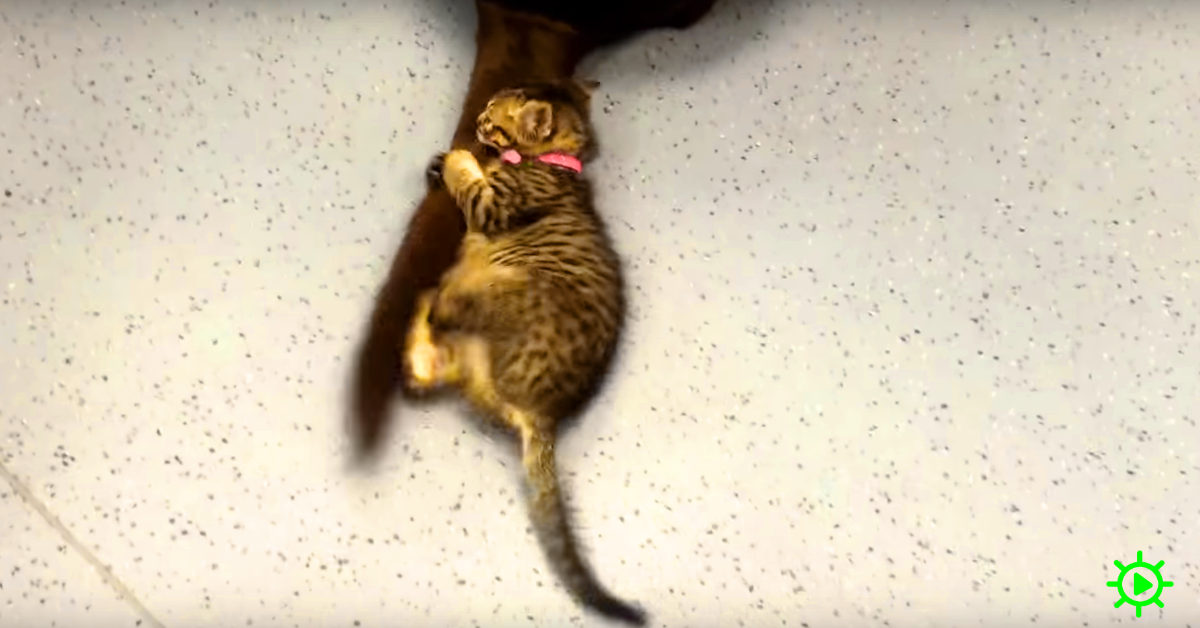 I had to have watched this video at least four times. The sight of this kitten leaping, wrestling, avoiding being sat on, among other things, is so adorable. She’s having a blast and the dog is so patient to let her do this. When the dog walks away, there’s a look on the kitten’s face like, “Hey! Where are you going?” Poor kitty. She just wants to play with a tail all day. Is that so wrong for her to want that?

Wasn’t this so cute? I was oohing and ahhing the whole time I was watching it. I called my wife and son over to see it. That’s the hallmark of a great video. Did you do the same? Tell us all about it in the comments section below!

Be sure to share this video with all your friends on Pinterest right now because it will give them a chuckle! This is too cute to pass up. Spread the joy!