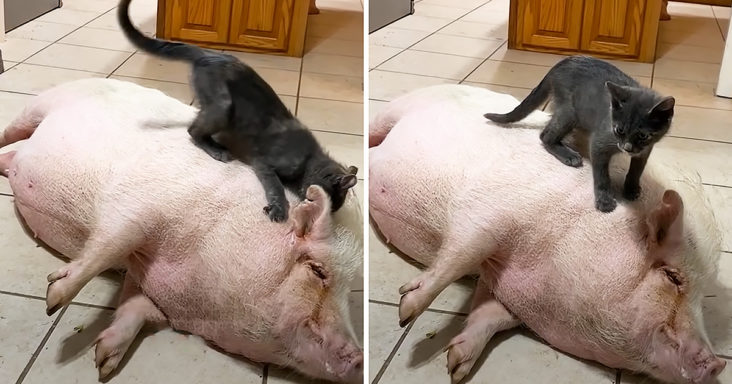 Beatrice, the Pig, and Tempeh, the cat, were adopted by Alison, who runs the organization Hercules’ Haven. Tempeh, the cat, was quite a terror in her early years as she would just jump around all around the house. 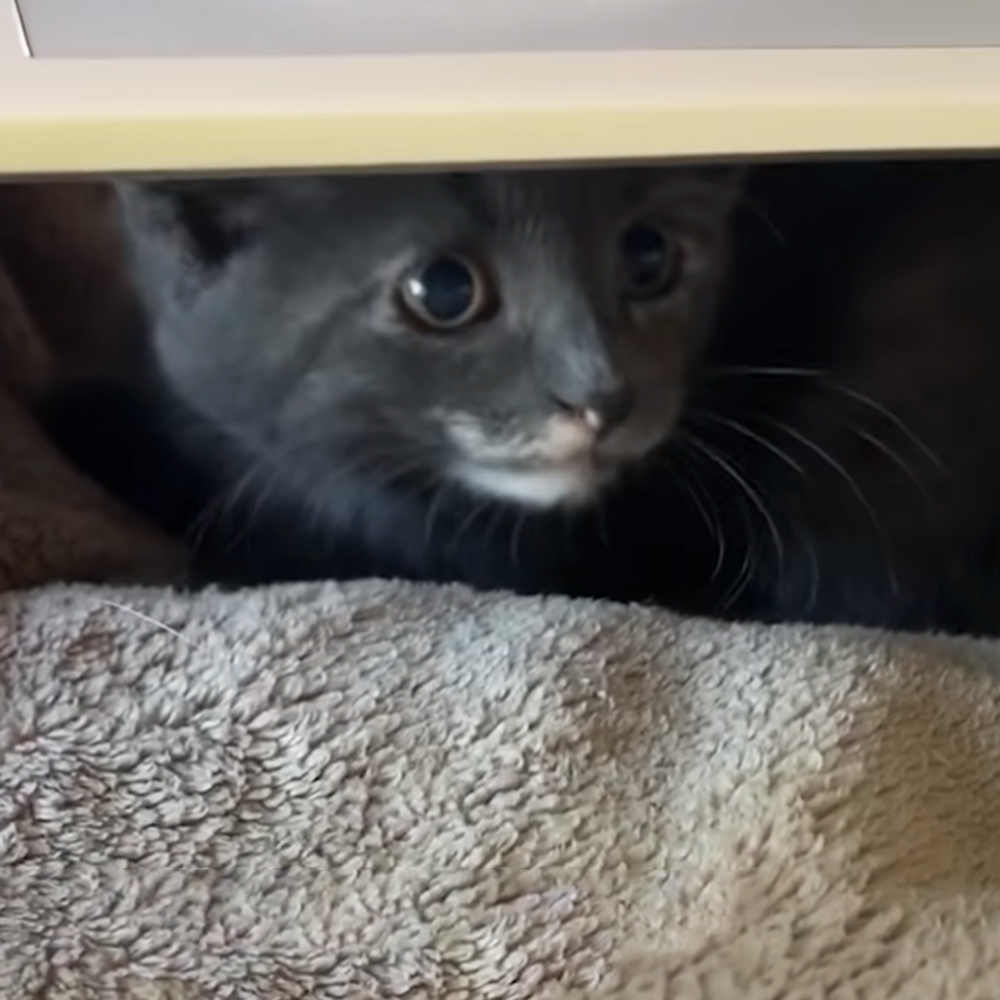 There was a litter of kittens at a farm, and Alison just happened to be there. She saw Tempe and knew she was special. She wanted her to have a good life which she would not have had at the farm, so she brought her home.

Beatrice, on the other hand, was found by Alison wandering down the street 4 years ago. She needed care as she had terrible skin, frost-bitten ears, and was in a terrible condition. 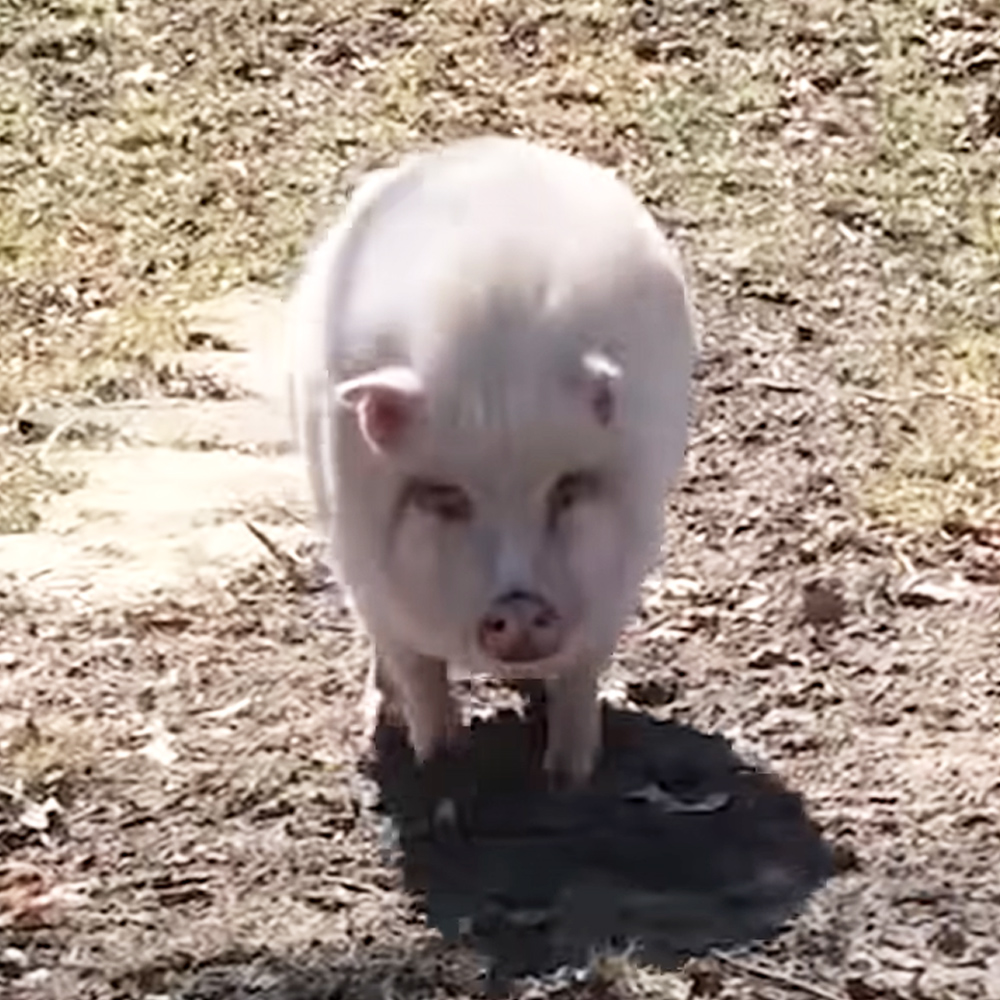 One day Beatrice walks into their house and is happy to find a family who loves her a lot. Beatrice & Tempeh’s relationship is something never heard of. They enjoy each other’s company.

The cat loves to jump on the pig’s back and play with Beatrice’s tail and the beautiful hair. The whole thing is pretty hilarious. Tempeh would even go on a ride sitting on Beatrice’s back. 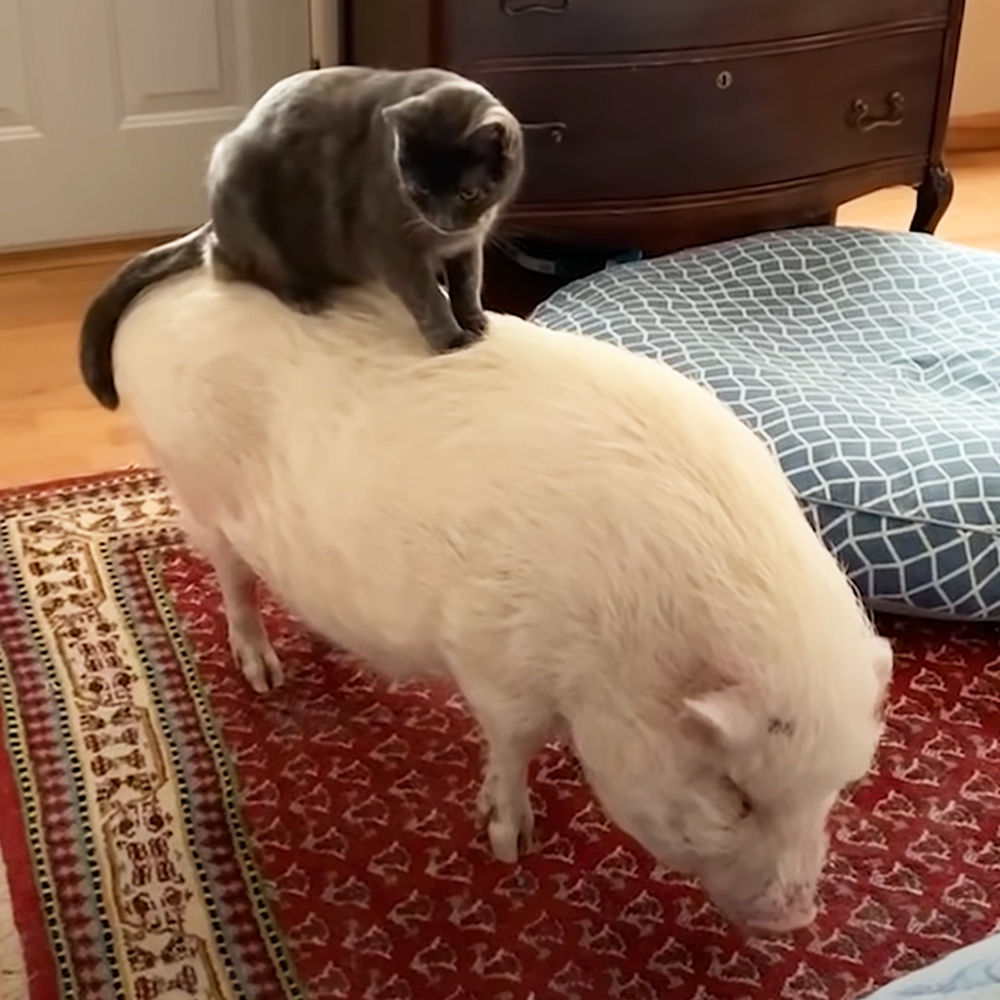 Alison is thrilled that both the animals bonded so well. According to her, Beatrice is very tolerant and would let Tempeh, the wild child, do naughty things around her and does not react.

However, sometimes she does like to do the naughty stuff herself. Alison is glad that she could witness the blossoming of the love and relationship of these two innocent and beautiful animals.