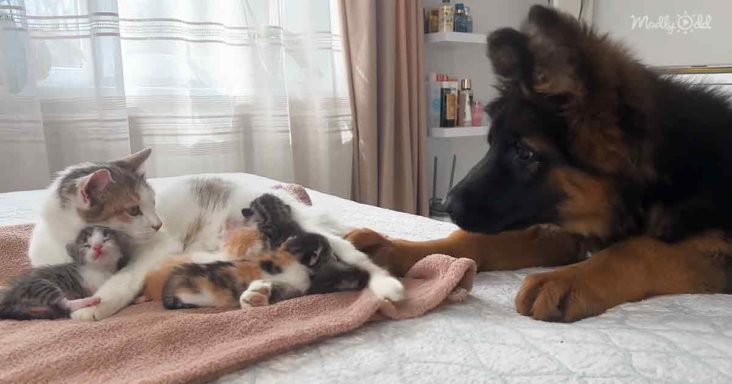 Not just humans but animals also understand various emotions. For example, dogs are incredibly fantastic companions who are kind and loving. Recently, Taras and his partner introduced their German Shepherd puppy, Jessie, to their cat friend’s newborn kittens. 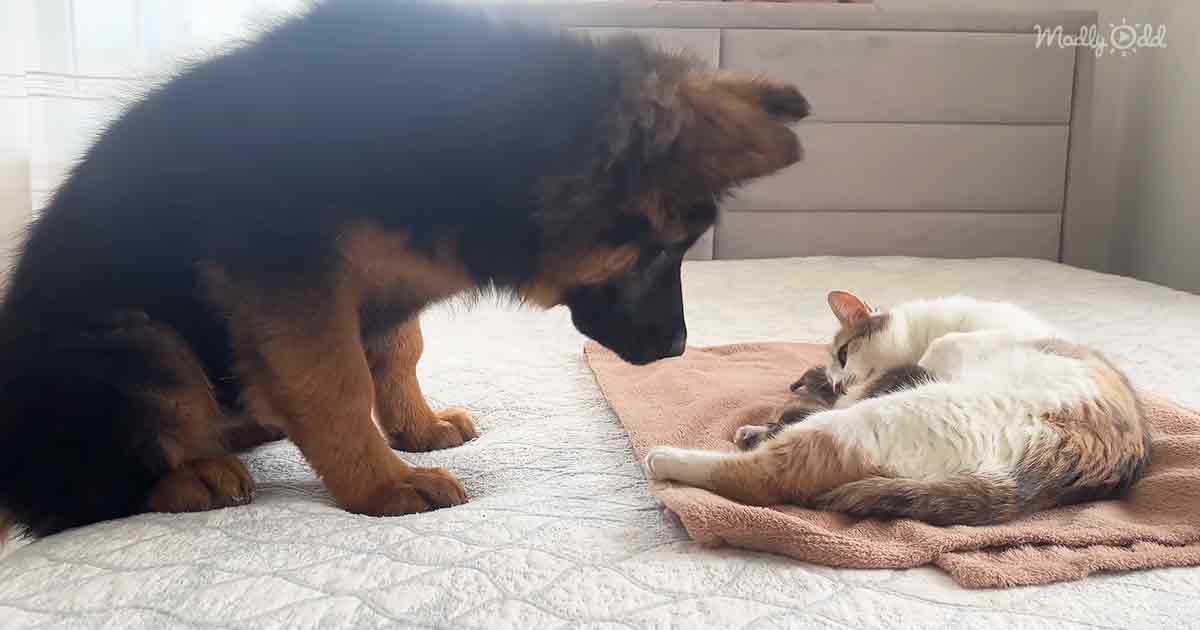 The mama cat was resting on the bed with her little ones in a separate room. Jessie entered the room with a toy in her mouth. She was too excited to meet the newborn kittens.

The German Shepherd puppy wanted to look at the kittens and tried to get up on the bed. However, she could not climb on it, so the owner helped out Jessie. 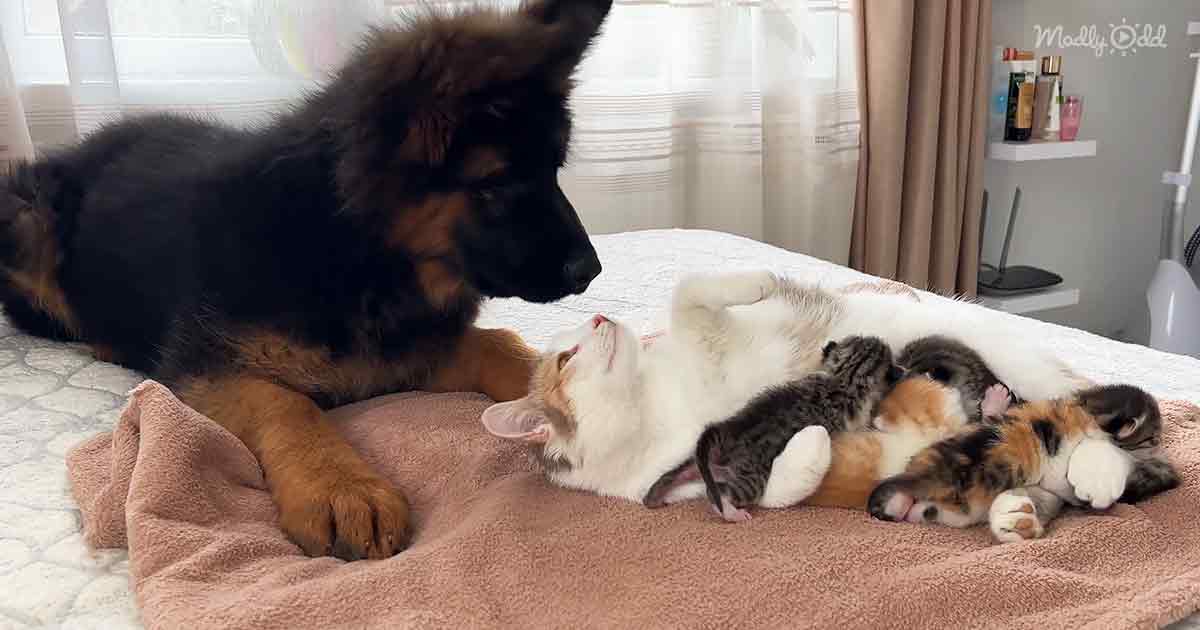 As soon as Jessie got on the bed, she curiously stared at the mama cat and her little babies. At first, the new mom was skeptical about the puppy being so close to her little ones. However, soon she gave in.

She trusted the German Shepherd puppy and knew that Jessie would never harm her babies. Soon the puppy started to groom the new momma and licked her whole face. Jessie also licked the cat’s ear and tried to make the momma cat comfortable. 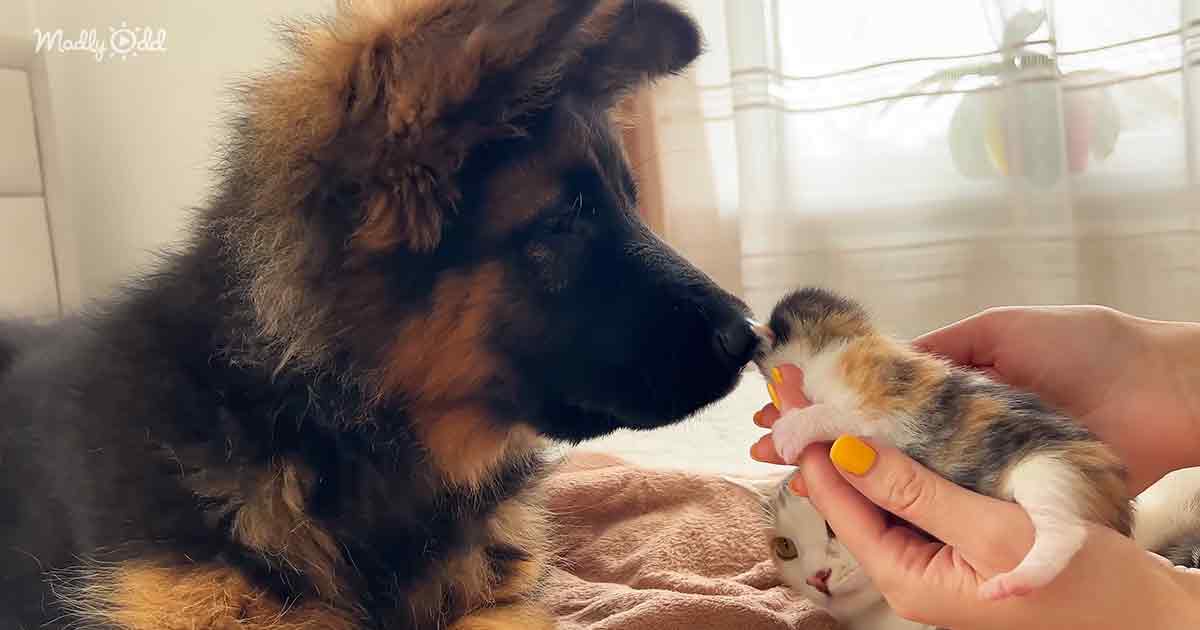 The owner petted both the puppy and the mama cat at one point. The lady then held the newborn kitten in her palms. Next, she brought the baby close to the German Shepherd so that Jessie was comfortable around the cute furball.

The German Shepherd, Jessie, and the cat momma’s bond were incredible. Even the owner projected an atmosphere that kept the puppy and the mama cat in harmony. The new mom understood that Jessie was curious about the little one and was not a threat. It showed how much she trusted the German Shepherd.