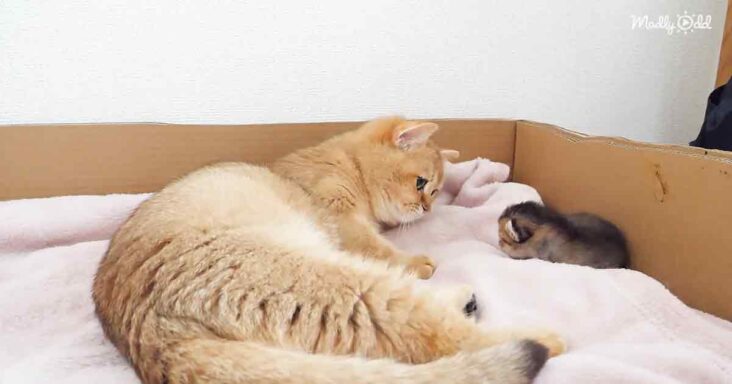 For any animal mother, finding her newborn opening his eyes for the first time is a great moment to cherish. In a similar moment, the life of a new cat mother was captured by her owner and shared with others. 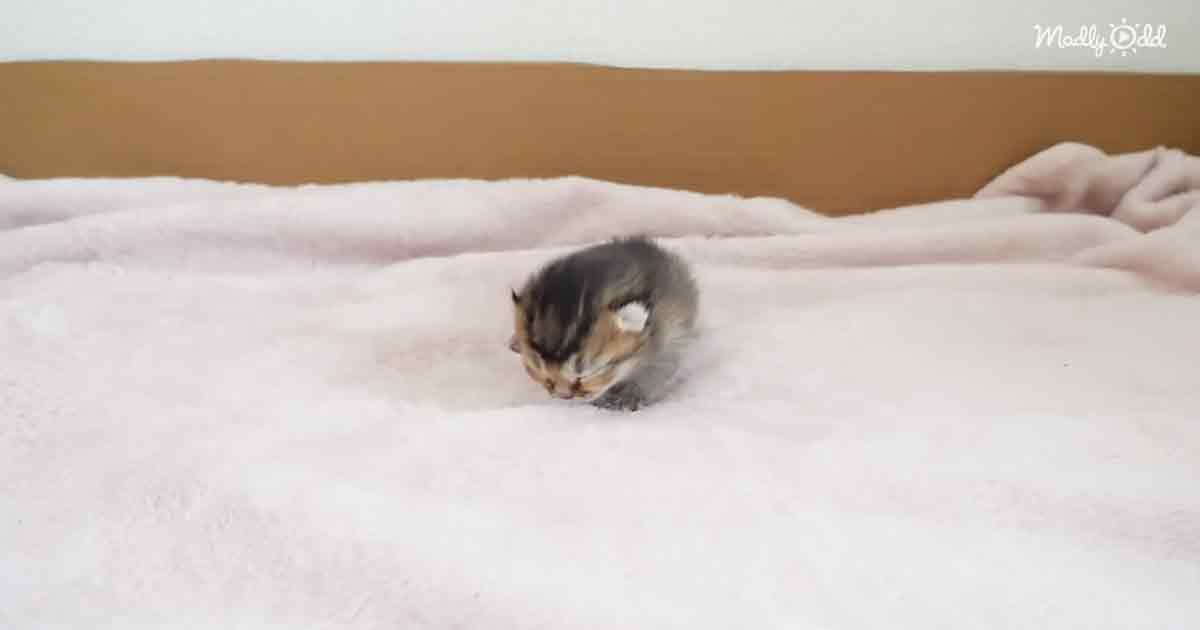 The mother cat’s newborn kitten had recently opened his eyes. He was placed in a big cardboard box with a soft pink towel. The moment the kitten opened his eyes, he tried to inch his way to another part of the box.

Initially, it was challenging for the kitten to move his body on the soft towel bed. Finally, however, he shook his head a bit and mustered all his strength to move forward. He crawled on all four towards the nearest corner of the box. 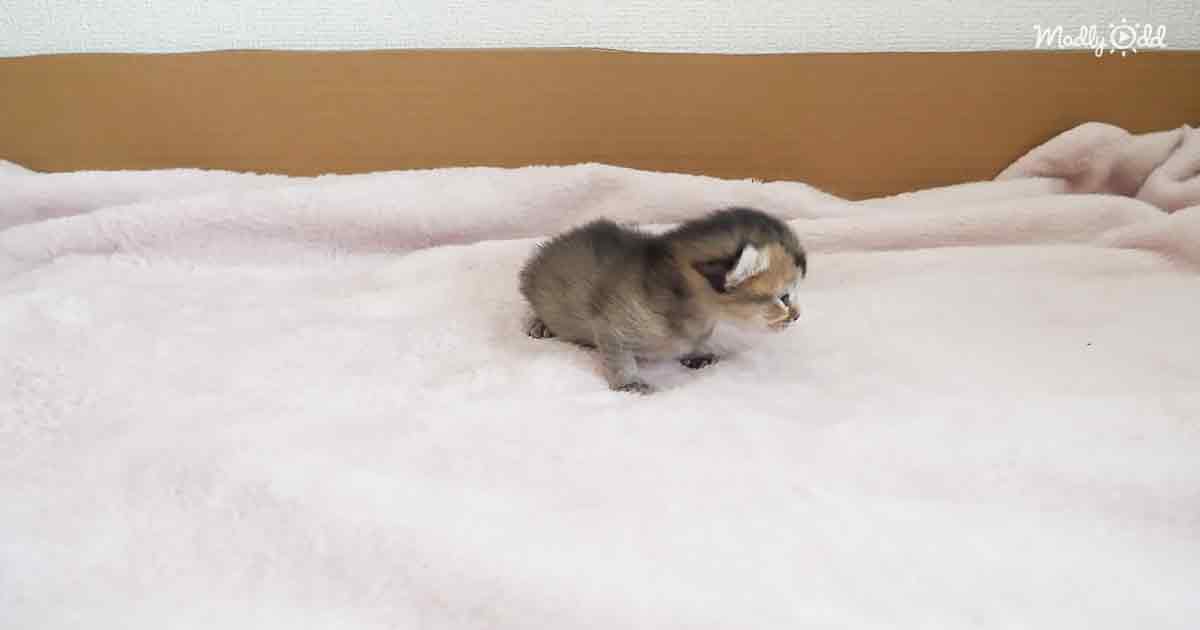 He bumped his head against the board wall when he reached the side. Then, instinctively, he began exploring the bottom of the pink towel. His mother decided to get in the box and control the exploring nature of the newborn.

The mother cat gently stepped into the pink towel bed, sniffed the kitten, and looked at the kitten’s antics. Later, she sniffed around the towel bed and carefully lay down while keeping a close watch on her kitten. 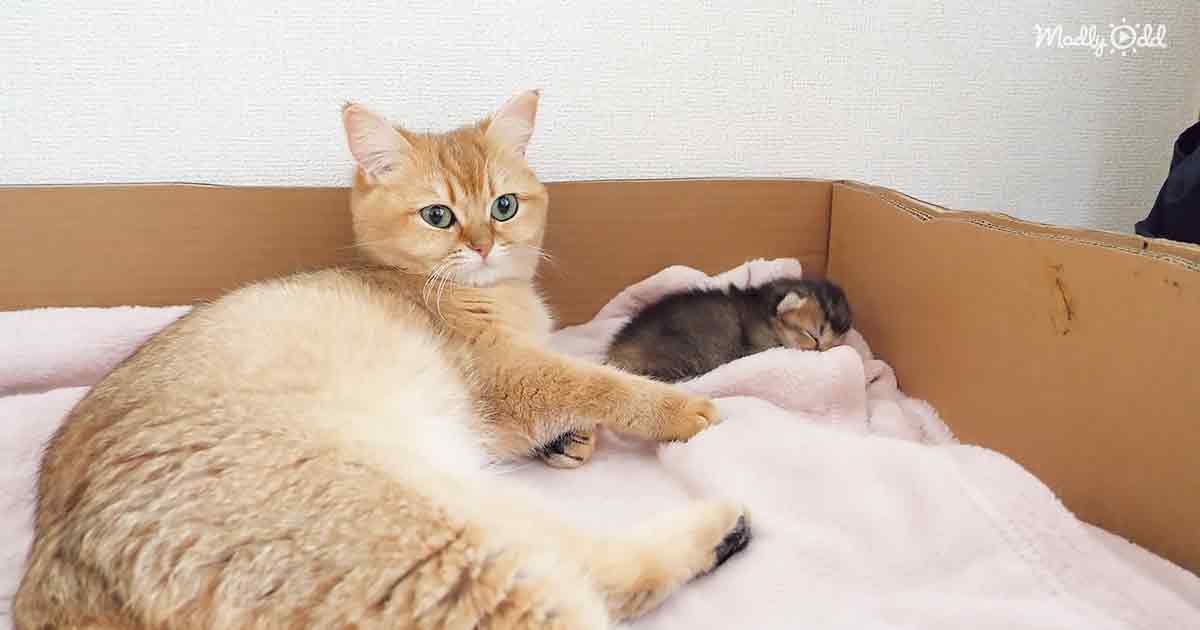 The kitten moved closer to his mother and snuggled with her. All this while, the mother was careful to help her kitten walk on the towel bed. After a time, the naughty kitten moved further from his mother while she closely watched her surroundings. 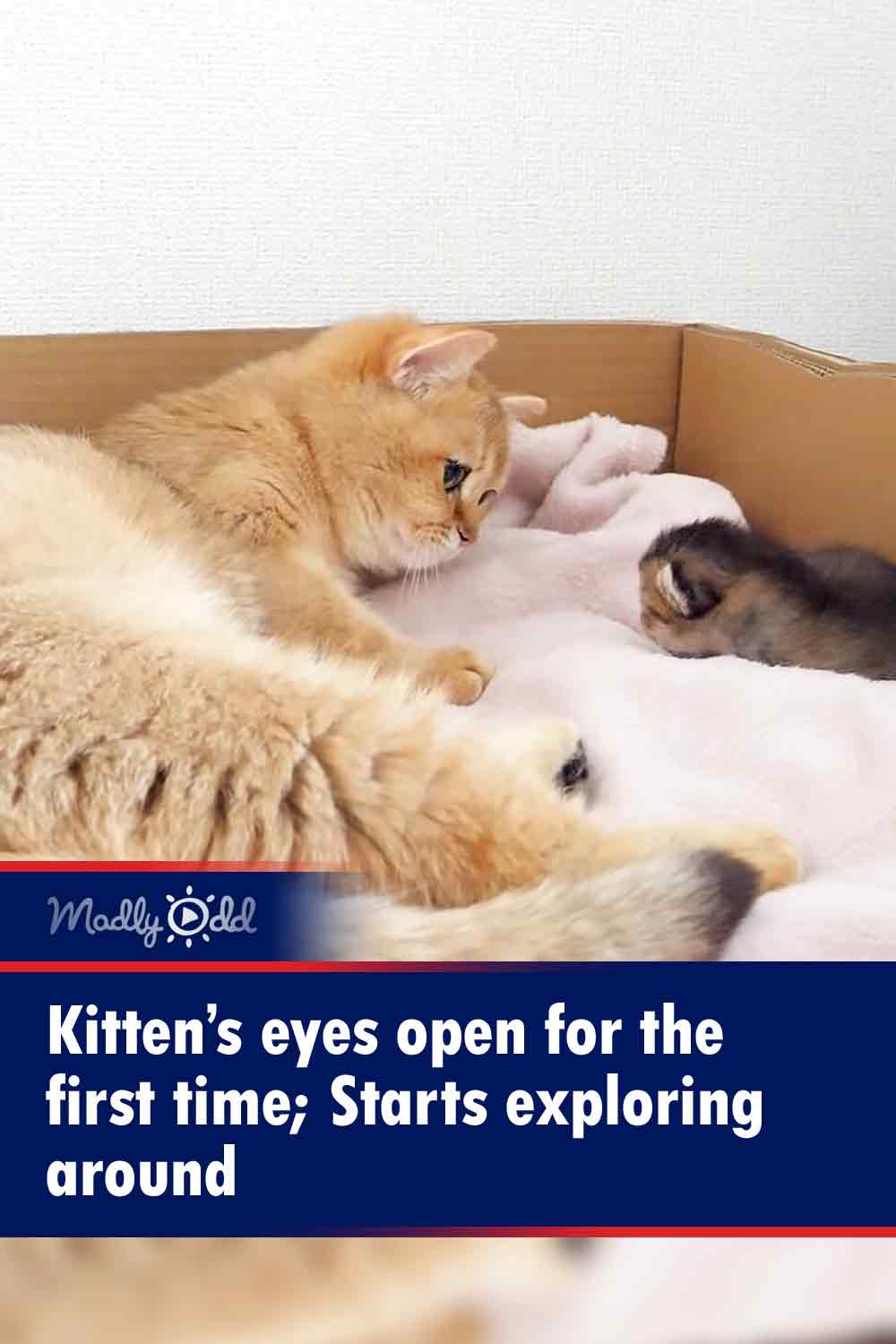