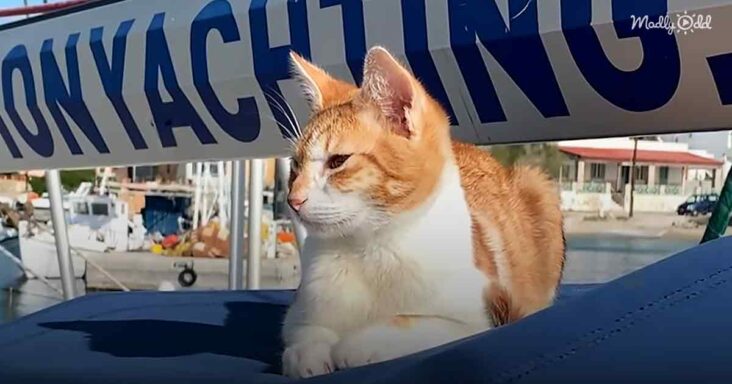 Abby and her partner spent some time on their boat at the Marina harbor when she suddenly heard a loud meowing from the pier. Abby went out and saw a tiny kitten begging for help. Abbi picked up the kitten, brought him on her boat, and named him Fred. 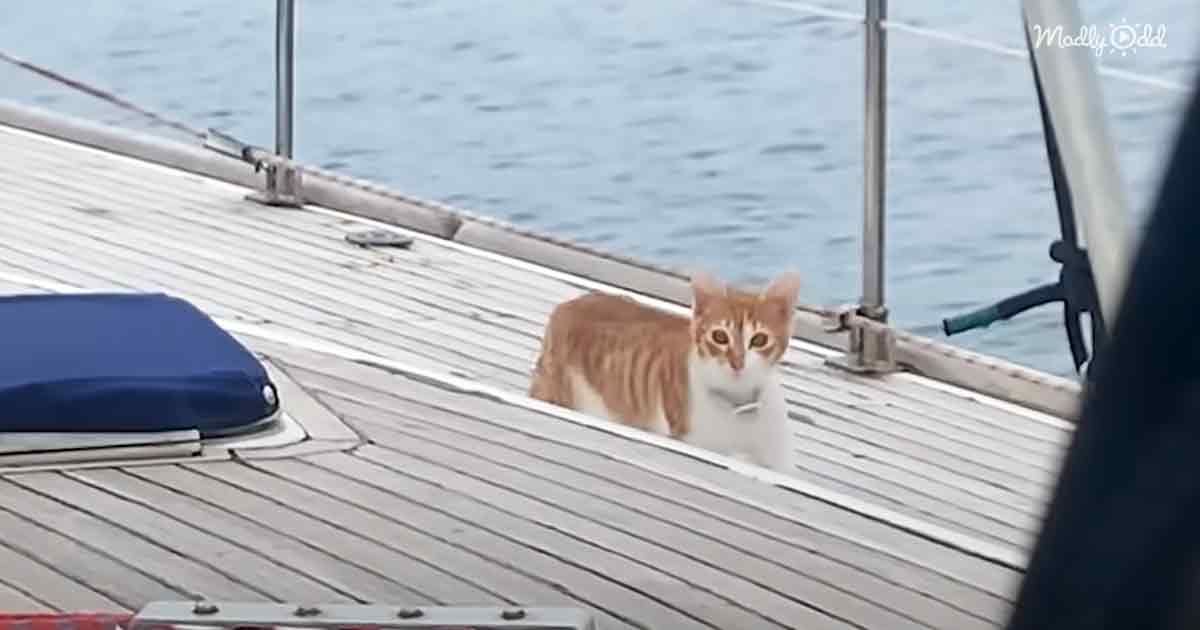 Fred didn’t seem to notice that he was on a boat. He walked around usually and jumped from one spot to another without fear. He also ventured to other nearby boats as if those were his properties.

Fred behaved as if he was a “born boat cat.” The way he moved from one boat to another surprised Abbi. He loved to explore every vessel in the harbor and feared nobody. His love for boats often made Abbi wonder whether he was a pirate in his previous life. 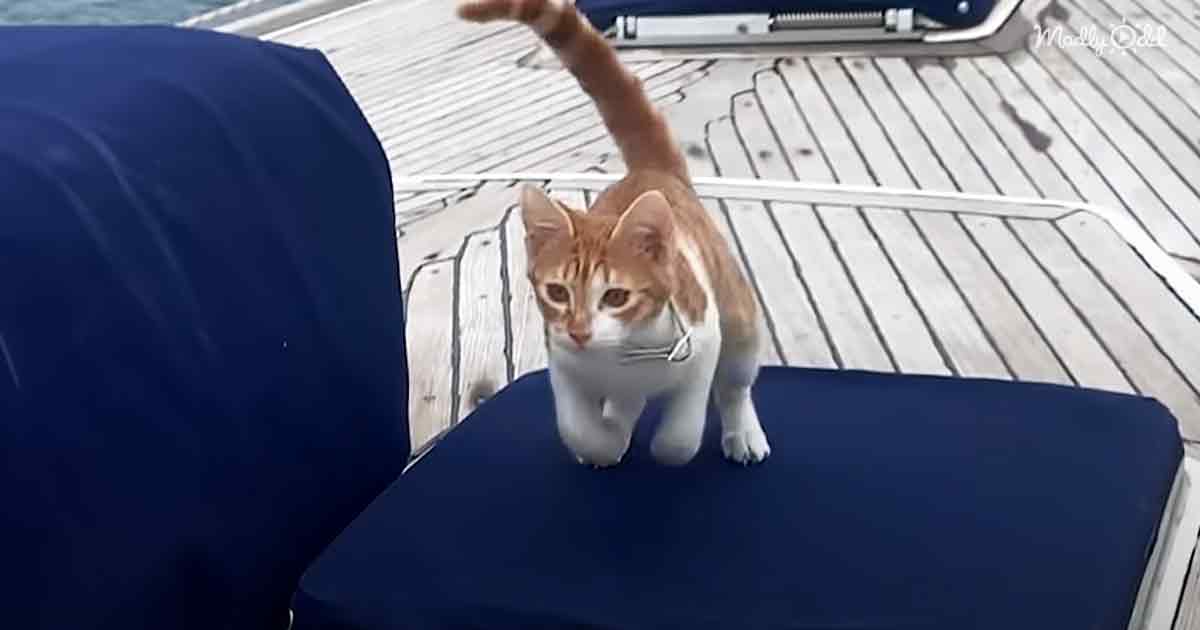 Abbi had another cat named Fagioli. She got very nervous when she had to bring Fred and Fagioli together. At first, Fagioli didn’t like Fred. But, gradually, they got curious and would circle around each other.

Fagioli took time to accept Fred. Soon the two cats grew a strong bond. When Fagioli was hyper, he would look for Fred and vice versa. Fred loved to lay down on Fagioli and lick his body for hours. 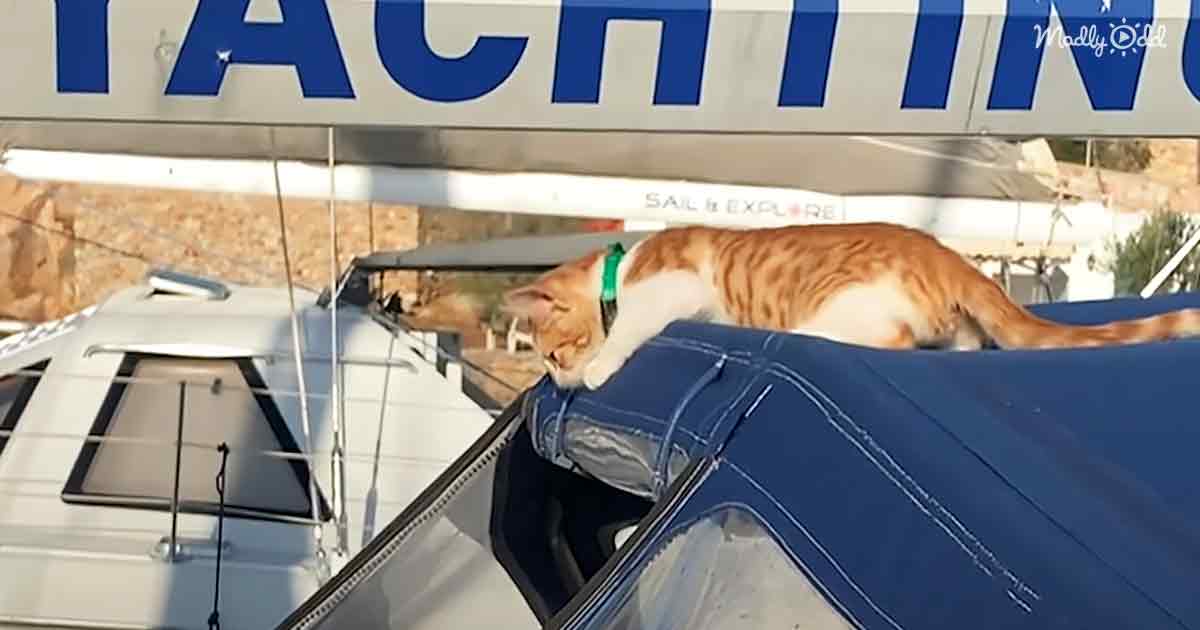 Looking at the two cats made Abbi wonder if they could stop chartering and sail around Greece trying to save cats. This was a new thought that Abbi and her partner had never had before.

Ever since Fred and Fagioli came together, everything came together for Abbi and her partner. The love and bond of the two cats encouraged Abbi to venture out more on her boat and save cats.