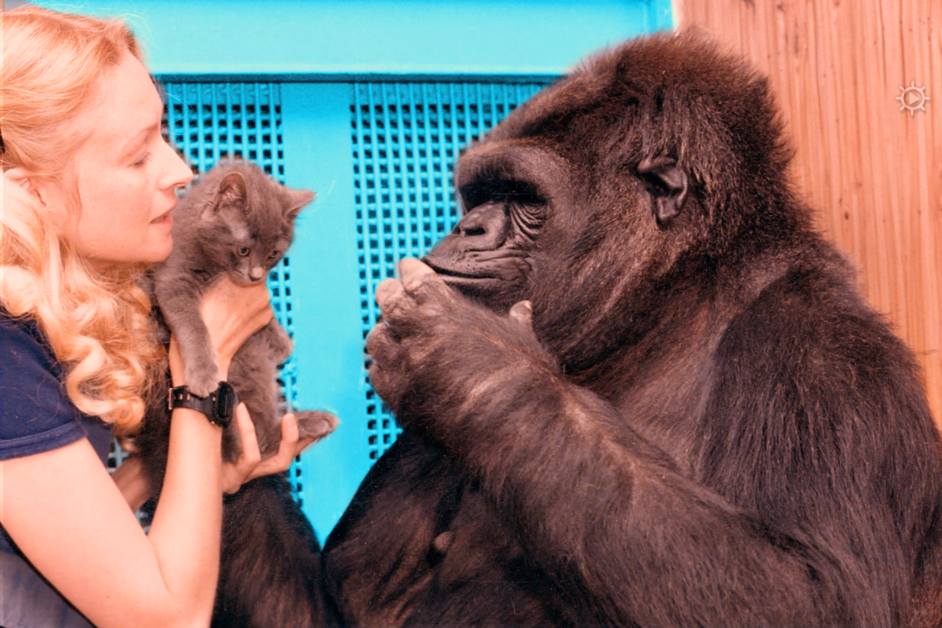 Koko, the most famous gorilla in the world, died at the age of 46 in June 2018. She was known for having learned sign language as well as her fondness for kittens, and her friendship with Robin Williams, as you will soon see.

The Gorilla Foundation said in a formal statement announcing her passing: “Koko touched the lives of millions as an ambassador for all gorillas and an icon for interspecies communication and empathy. She was beloved and will be deeply missed.” 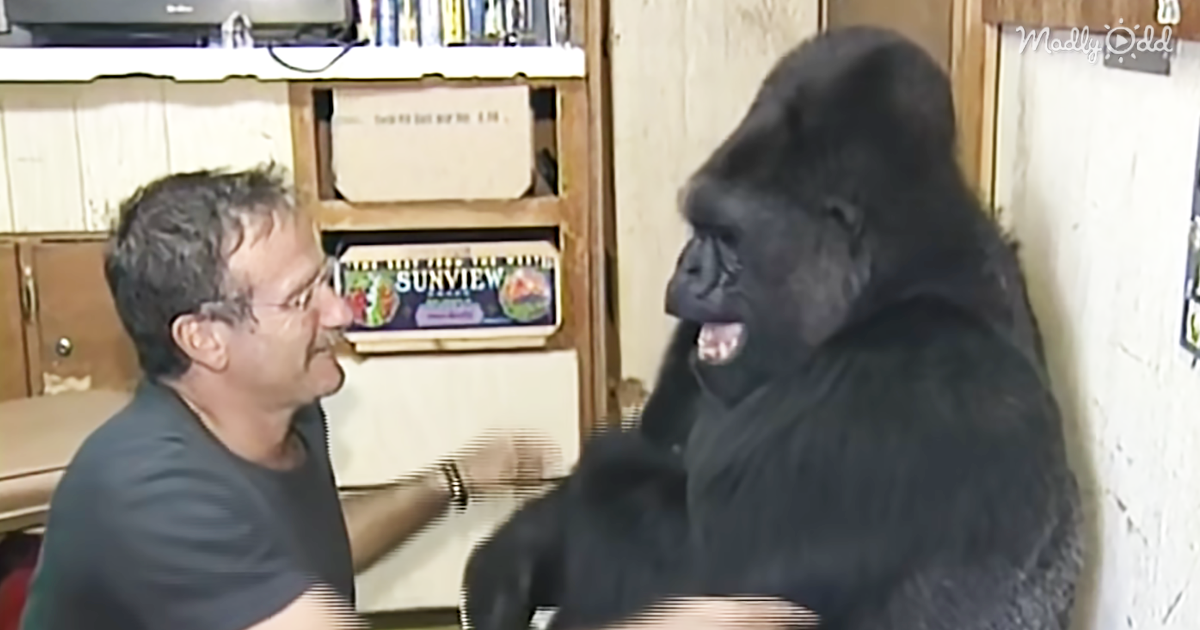 The famous western lowland gorilla passed peacefully in her sleep, leaving behind an unimaginable legacy and millions of saddened fans, yours truly included. The world is now a bit darker without her shining light, but her spirit lives on in the many heartwarming stories and videos, which we now commemorate in the videos below.

It was Dr. Francine ‘Penny’ Patterson who taught Koko sign language shortly after she was born in 1971 at the San Francisco Zoo. The success of her groundbreaking program was unrivaled, and it yielded enormous new understandings about the way primates communicate. 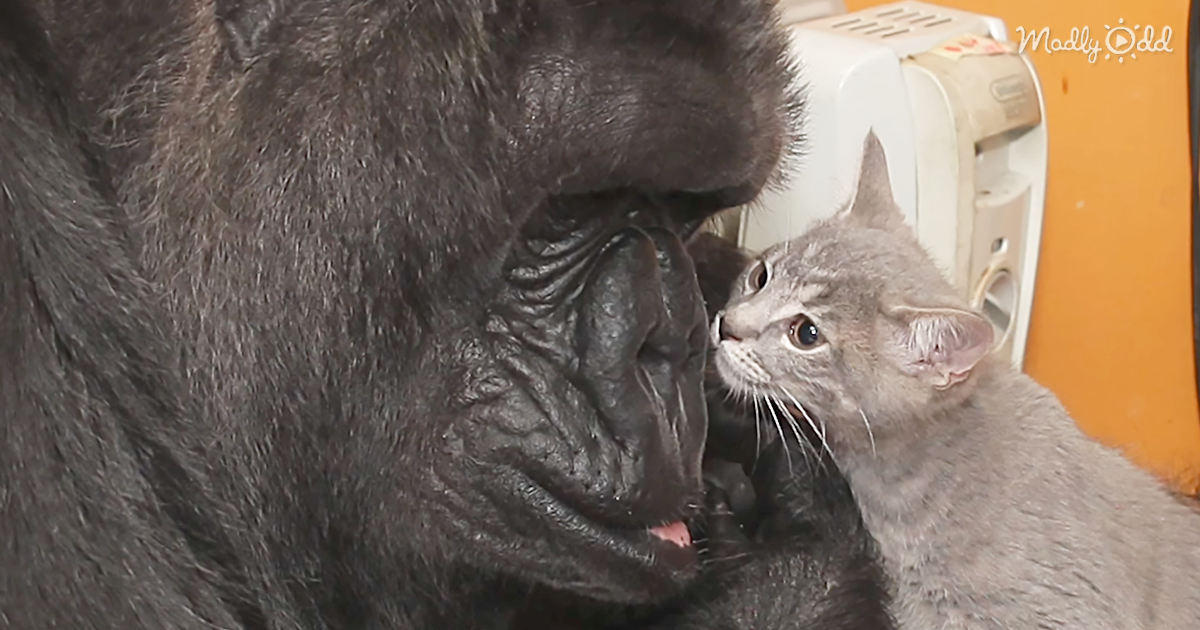 Koko made the cover of “National Geographic” twice, the first time in October 1978 in which Koko had taken a picture of herself in a mirror, and a second time in again in January of 1985, which detailed the endearing story of Koko and her beloved little kitten ‘All Ball.’

Dr. Penny was like a mother to Koko, caring for her, teaching her from the time she was just a precocious baby gorilla all the way through decades of communication-based research and relationship building, all the way up to her death. You could say Penny taught Koko the best about humanity. In return, Koko showed all of the same maternal qualities to her kittens, great ape dolls, and human caregivers.

When “Good Will Hunting” actor Williams passed on in 2014, Koko was particularly upset. (The two had bonded immediately when Williams visited The Gorilla Foundation, and Koko requested he tickle her — and also wanted to try on his glasses.) The staff at the foundation explained to Koko that Robin had died and Koko expressed immediate sadness, as did we all that fateful day. 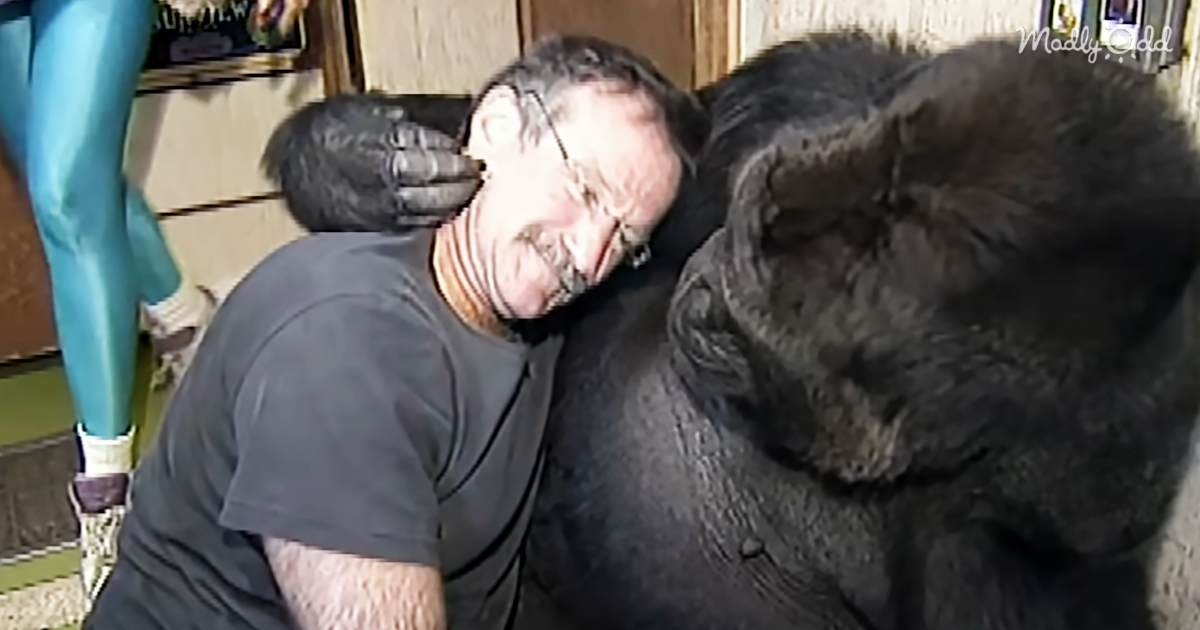 “Robin’s ability to just ‘hang out’ with Koko, a gorilla, and in minutes become one of her closest friends, was extraordinary and unforgettable,” Patterson wrote at the time.

The foundation’s statement concludes: “Her impact has been profound and what she has taught us about the emotional capacity of gorillas and their cognitive abilities will continue to shape the world. The foundation will continue to honor Koko’s legacy and advance our mission with ongoing projects including conservation efforts in Africa, the great ape sanctuary on Maui, and a sign language application featuring Koko for the benefit of both gorillas and children.”