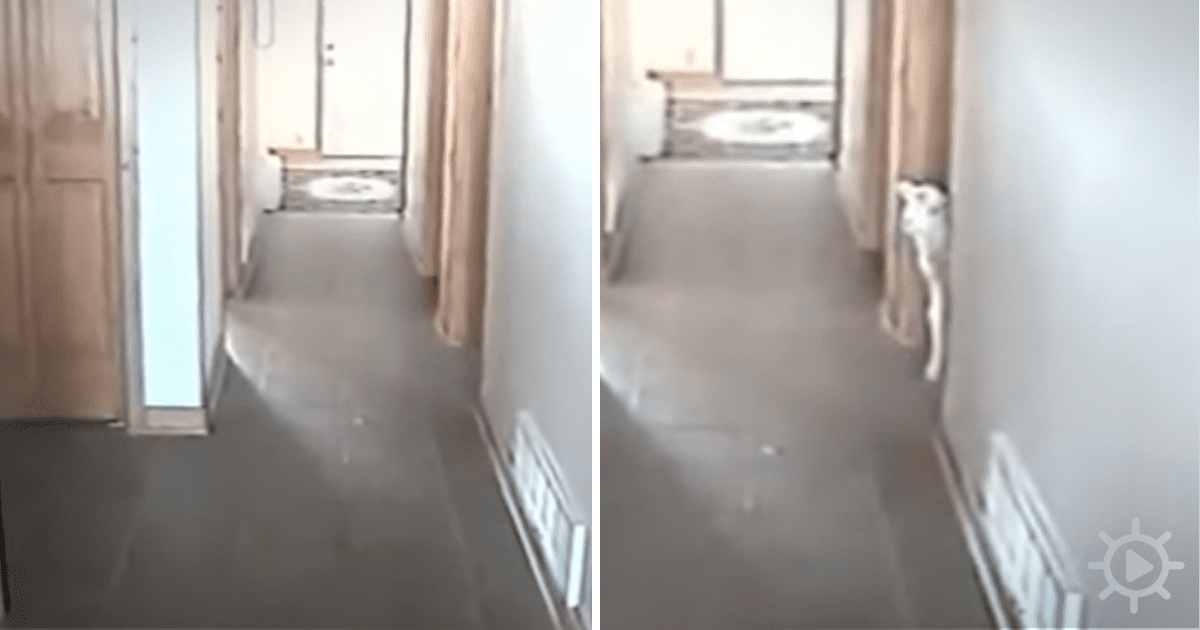 Lambs apparently make great pets – at least if this adorable creature is anything to go by. This video will certainly brighten up anybody’s day. I’m sure you’re familiar with funny dog and cat videos, but lambs?

When Bea the lamb was hiding in one of the bedrooms, mom called her name to bring her out. The problem begins when the poor little thing can’t find the source of the voice. She’s desperately trying to find her mom, and what she does is utterly hilarious. 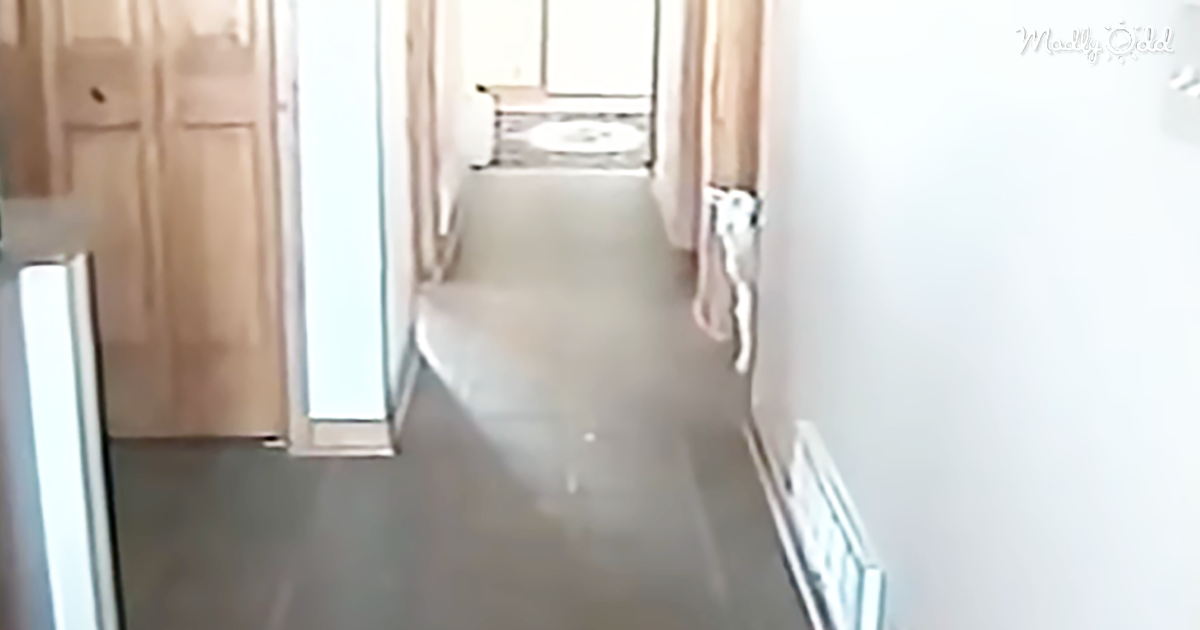 Bea catapults herself between each room, bounding on all four hoofs across the floor – which could potentially take a pounding if she keeps these antics up. One jump is particularly hilarious as Bea flies out from the door on the left, touches the floor once, and flies into the door on the right.

Sheep have a reputation for not being the brightest animals in the world, but according to the BBC, they’re actually highly intelligent animals with a particular knack for remembering things. They have the ability to establish and maintain friendships with other animals as well as humans and are known to show sadness if one of their companions has been taken from the herd. Doesn’t that break your heart? It’s enough to make everyone a vegetarian. 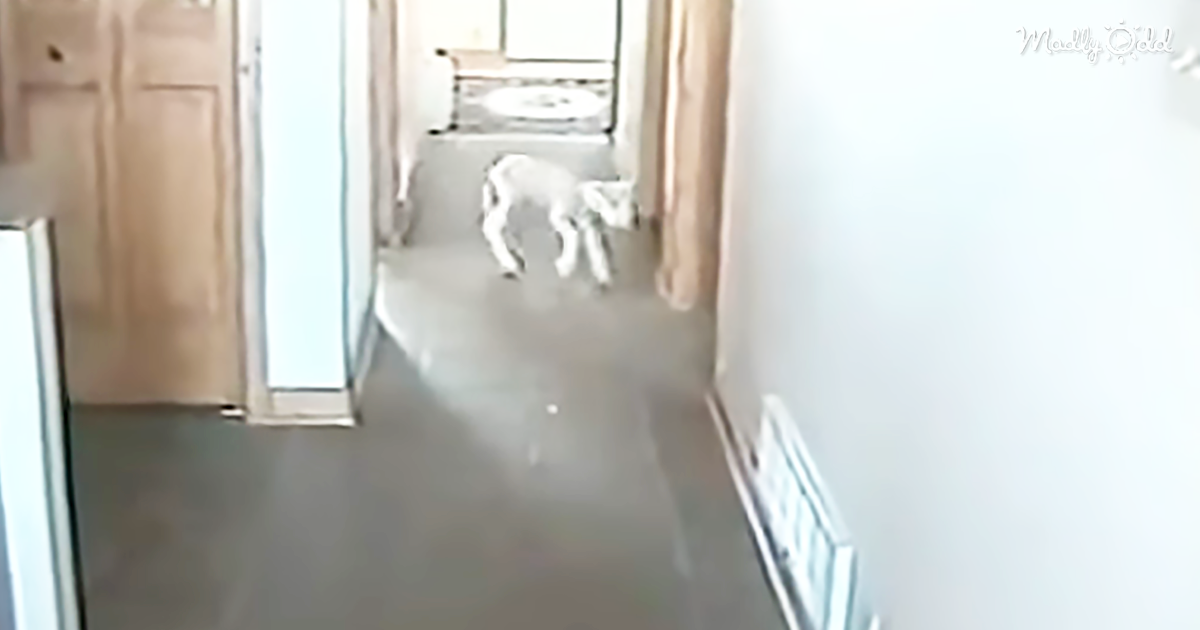 A research facility also discovered that the animals could remember up to 50 different faces for a period of up to 2 years. That’s quite impressive. The University of Electronic Science and Technology in China found that sheep can respond to facial expressions – and prefer a human smile to a frown. We’d dearly have loved to have been a fly on the wall when they were conducting this experiment.

So, maybe the next time you overhear someone comment that sheep are dumb animals, you can impress them with these factoids – and while you’re at it, show them this video of Bea throwing herself between rooms in search of her mom’s voice.

The confused little darling does eventually figure it out, cheekily poking her head around the door to discover mom filming her at the end of the corridor. And when she finally gets to go to her human, eagerly skidding across the slippering surface and to her waiting mom – it will melt your heart. We think there’s going to be a high demand for pet lambs after this. Watch the adorable lamb show below. 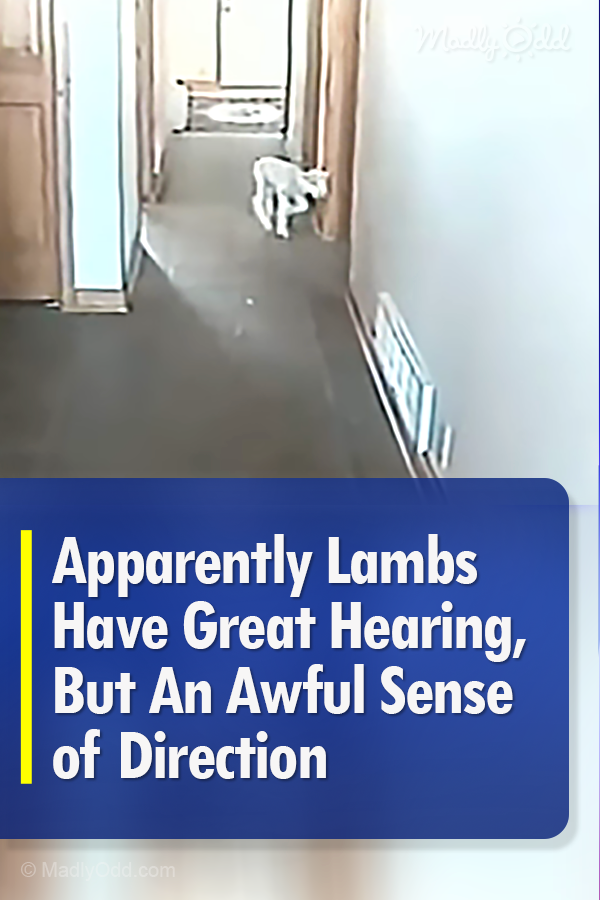