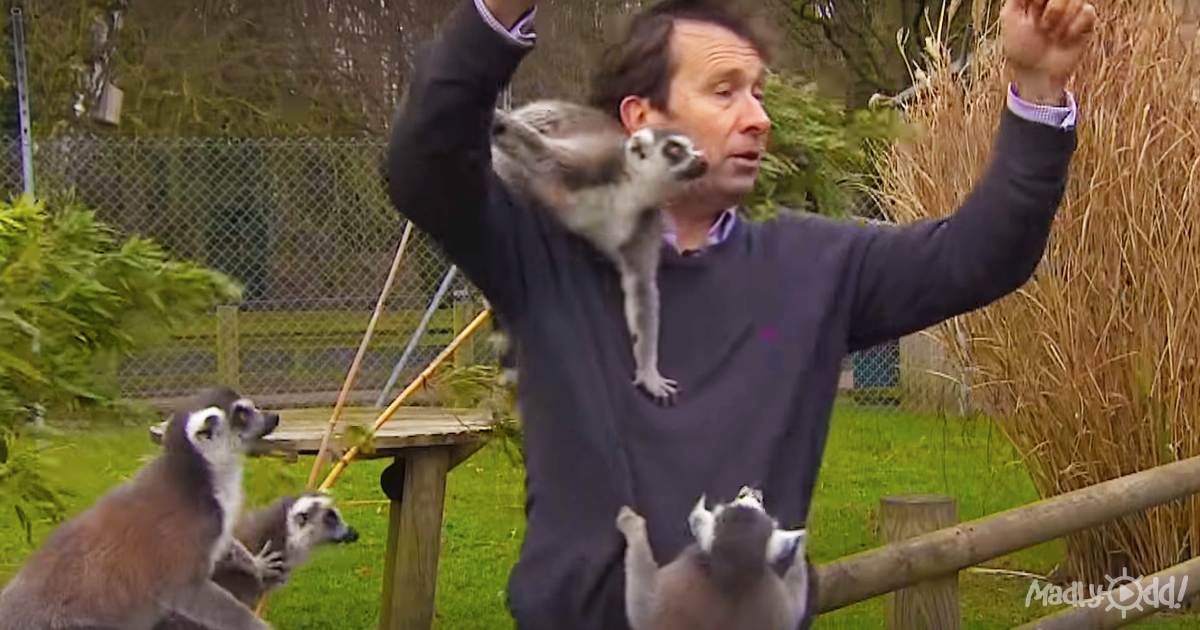 Ring-tailed lemurs have to be about the most entertaining animal in the whole zoo. They’re simultaneously beautiful yet bizarre-looking. They’re actually primates, even though they don’t look like monkeys, apes, or humans. It should come as no surprise that these little guys are always up to something, as will become clear shortly.

Alex Dunlop, a reporter from the BBC, was at the Banham Zoo in Norfolk, England, to do a piece about the zoo’s annual inventory of its animals. That might sound straightforward enough, but try counting manic ring-tailed lemurs. They’re incredibly agile and phenomenally good at leaping. 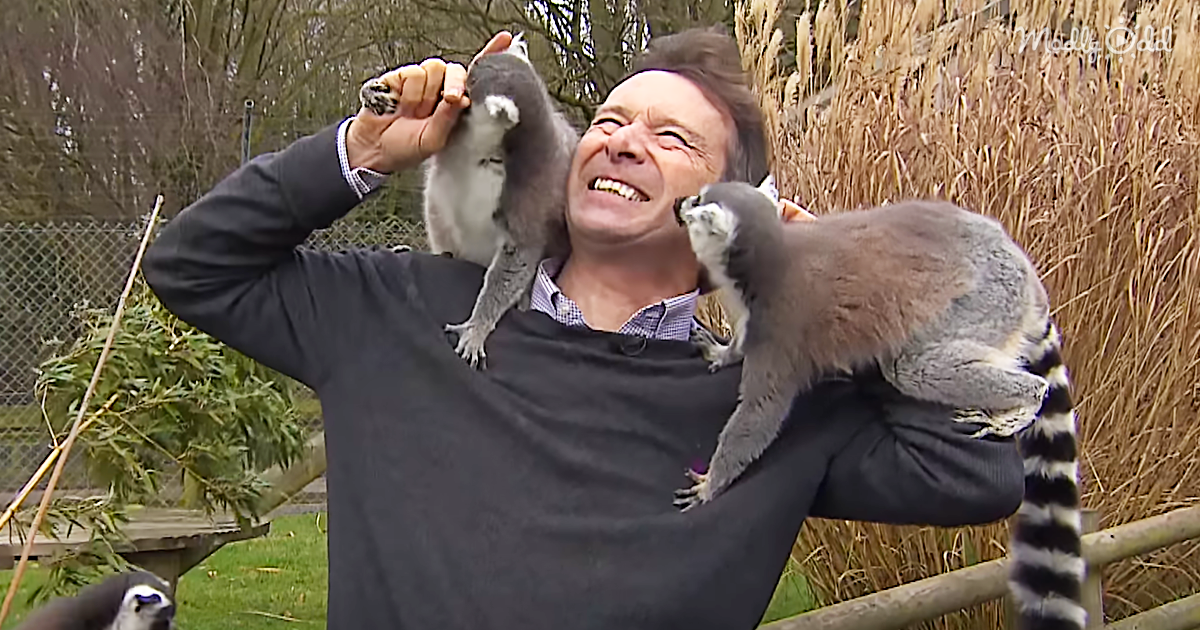 When Dunlop tried doing his report, he found himself the middle of a conspiracy of lemurs (yes, that really is what you call a group of them). At times it was as if he was in a cloud of lemurs. They were leaping onto his shoulders and climbing up his legs. The lemurs surely meant no harm, but he could definitely feel their teeth and claws. Ever the seasoned professional, he did manage to collect himself and report: “Well, this, I think, is one of the more enjoyable parts of the job. Counting lemurs.”

Later, in a BBC blog post, Dunlop recapped the incident: “Doing a piece to cameras with a few lemurs seemed like a good idea before I entered their pen, but quickly descended into farce. Break it down, and three things were at play here — a brilliant edit by the BBC East online team, greedy ring-tailed lemurs, and (did you spot it?) a dominant rogue red ruffed lemur which was trying to dominate and drive away the others. That’s what made them flip — that and handful of tasty nibbles.”

Check out the video posted below, and when you’re done laughing, watch it again. It is definitely worth it. This is one of the funnies news presentations I have seen.