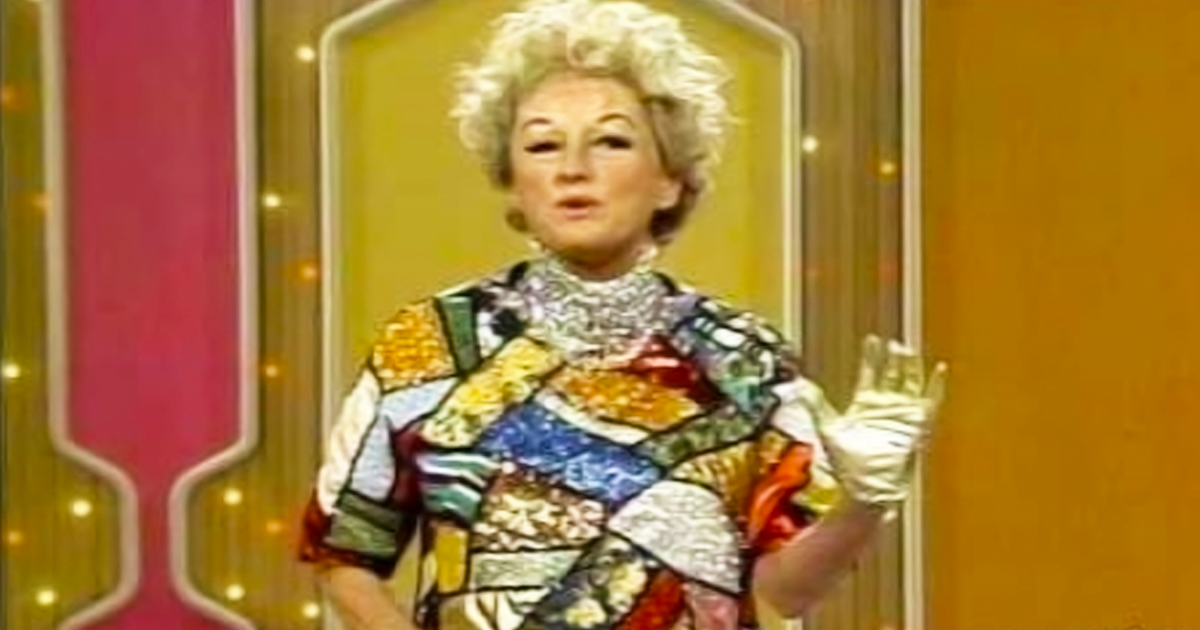 There have been several really good female comedians over the decades. Joan Rivers was one of the first. Now we have people like Sarah Silverman and Maria Bamford.

But there was another that was around Rivers’ time when she first came onto the scene. She was older than the sometimes-guest-host of Johnny Carson’s “Tonight Show”, but she was no less funny. Her video is here.

Phyllis Diller did a stand-up routine on “The Ed Sullivan Show” in 1969. Much like many of the other talk/variety shows of the time, smoking was allowed on the set. She had a long cigarette holder in her hand while she did her act.

Her clothes… I will try to be kind and say that they were just multi-colored. If she’d worn this outside on July 20 of the same year, Neil Armstrong would have seen her from the moon.

Diller wasn’t afraid to put down her own looks. “I entered a beauty contest. Not only did I finish last, I got 361 get-well cards. I haven’t given up on my looks, though. I’m on the 14th year of a 10-day program!”

She talked about wearing so much lotion in an attempt to stay young. She also lamented that she shared the same fate as a lot of women – she’d married a football fan who spent much of his time during the weekend glued to the television.