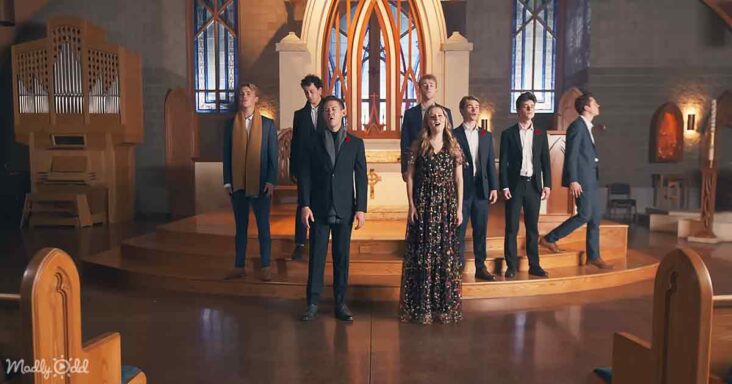 The holidays wouldn’t be the same without the timeless songs we all hold near and dear. One of those songs is ‘Carol of the Bells,’ and while there are plenty of versions, ‘BYU Vocal Point’ presents one of the best renditions. 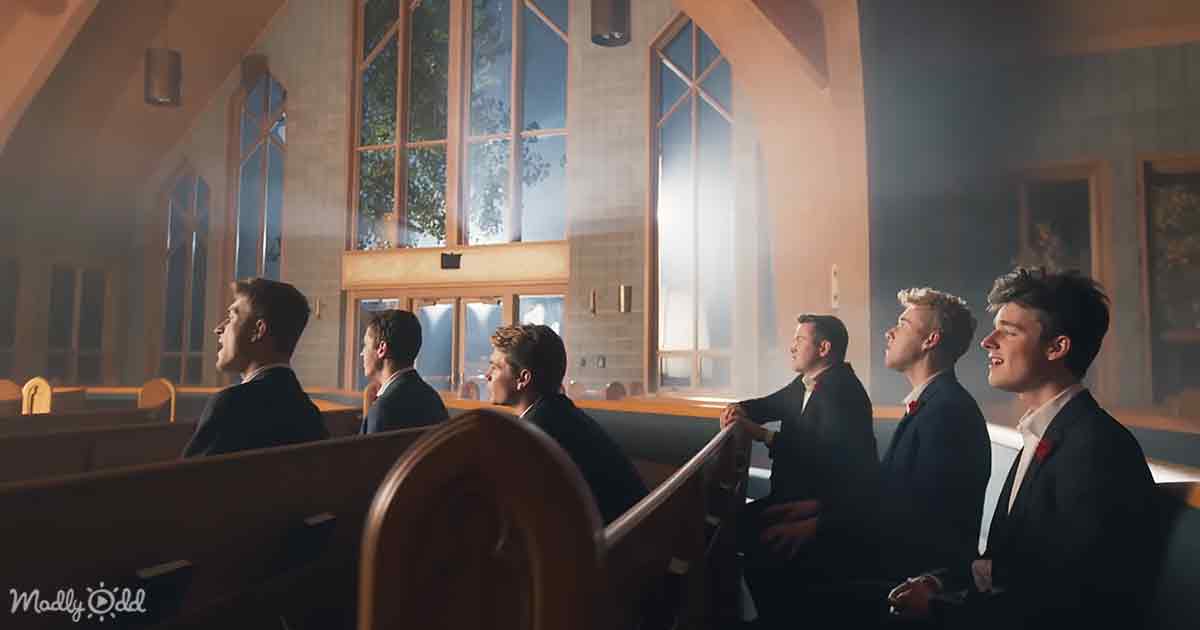 The performance begins in a church with the members of the group sitting in pews scattered throughout the church. The song builds with intensity until guest singer Savanna Shaw walks through the church.

She comes down the aisle, adding her beautiful voice to the already fantastic performance. Another group appears in the woods singing the song ‘Wayfaring Stranger.’ The singers from BYU are joined by another guest soloist, Mat Shaw.

Mat’s melody from ‘Wayfaring Stranger’ blends perfectly with Savanna’s ‘Carol of the Bells.’ The pair eventually meet up in the church for the grand finale, which features intricate harmonies with the solo voices soaring over the top.

‘Carol of the Bells’ was written by Ukrainian composer Mykola Leontovych in 1914. It has been performed in many different styles since its inception, including rock, pop, jazz, and country. The song has been featured in many TV shows and movies as well. 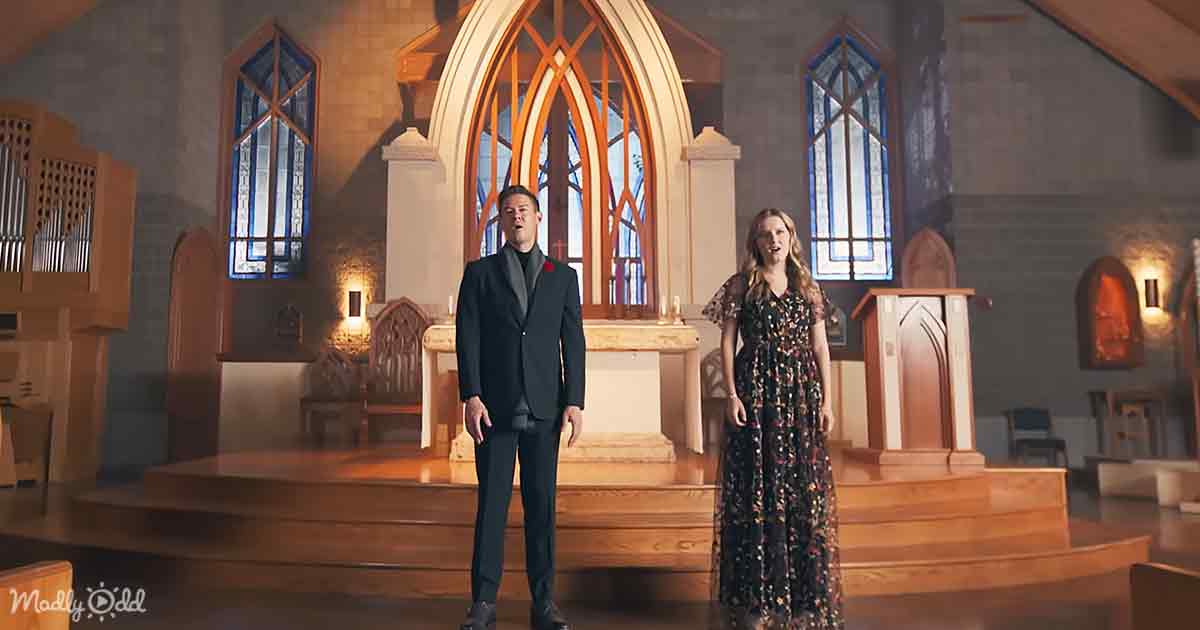 ‘Wayfaring Stranger’ is an American folk song that likely originated in the 19th century. The lyrics highlight the journey through life as told by the singer. The pairing of the two pieces is a new arrangement by the BYU Vocal Point.

The a capella ensemble comprises nine members from Brigham Young University. They are under the direction of Emmy award-winning director and former member McKay Crockett. In 2011, the group placed fifth on NBC’s third season of ‘The Sing Off.’ This song is the perfect soundtrack to the holidays. 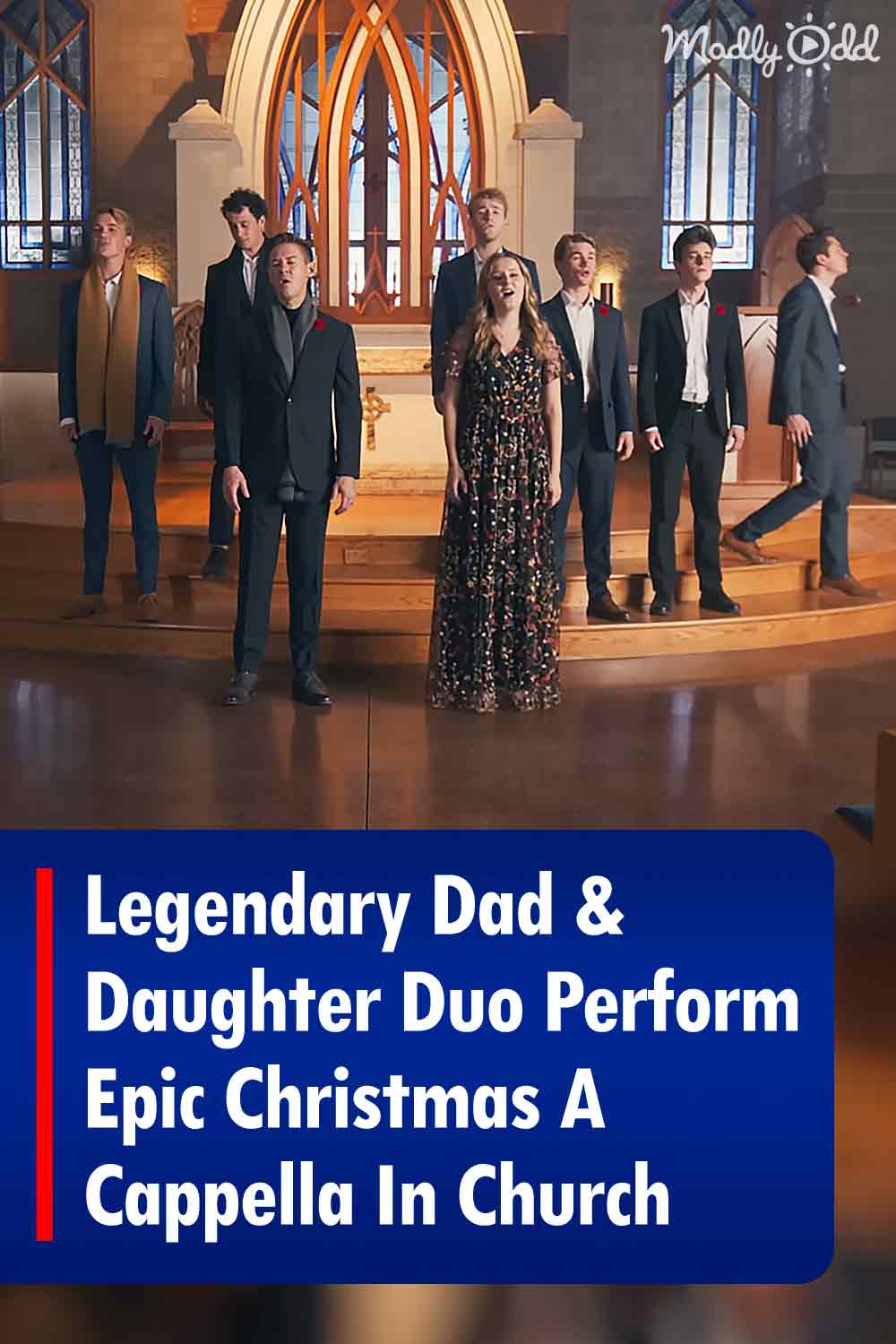