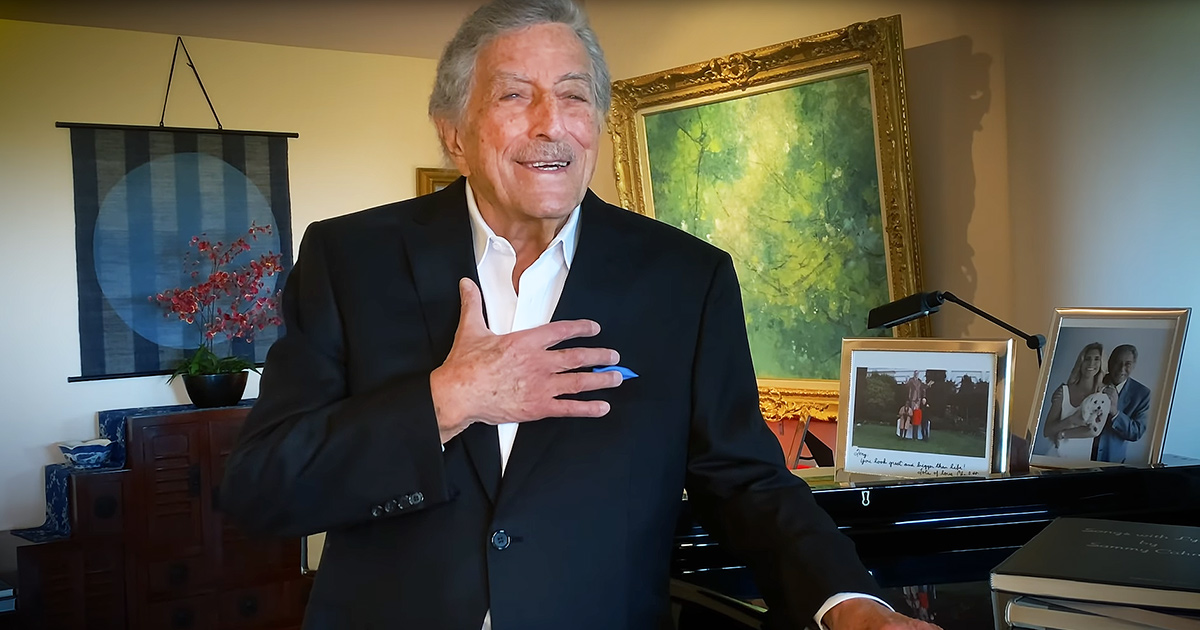 Tony Bennett proves that age is just a number, and at 93, he still has the vocal ability to belt out a classic tune like he is in his 20s! Bennet shared a video of him performing, “Fly Me To The Moon,” from his home. A pianist is accompanying him while he sings a jazzy version of the famous tune.

Kaye Ballard initially recorded the song; however, most people are aware of the rendition by Frank Sinatra. His voice is rich and smooth, even though he is not as young as he used to be. He did a duet with Lady Gaga and sounded divine! He is an inspiration to many of his surviving fans.

Not only does he sound unbelievable, but he looks fabulous too! He’s wearing a suit with a breast pocket handkerchief at home, now that’s the old-school style! His smile can still dazzle all the ladies in the room, especially while crooning such a romantic tune.

Tony Bennett is not only a talented singer, but he is also a painter! He has pieces of art displayed in various institutions under the name Anthony Benedetto. (His legal name is Anthony Dominick Benedetto.) It almost seems unfair that this man has such an abundance of talent.