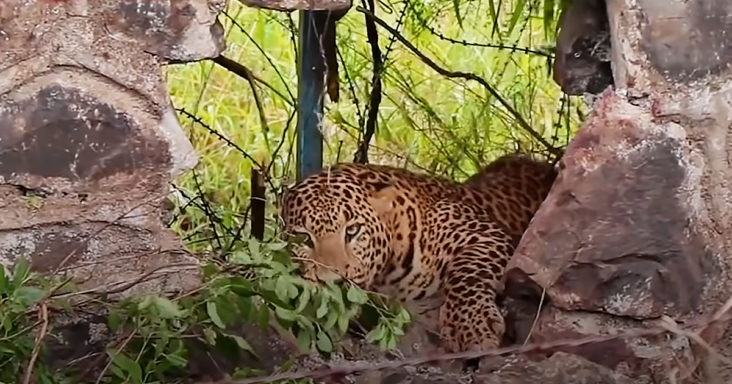 Eco Echo Foundation Wildlife Rescue and the Forest Department Nashik, Maharashtra, India, were informed about a leopard stuck in a walled compound since morning. So, the teams immediately rushed to the spot with all their safety gear. 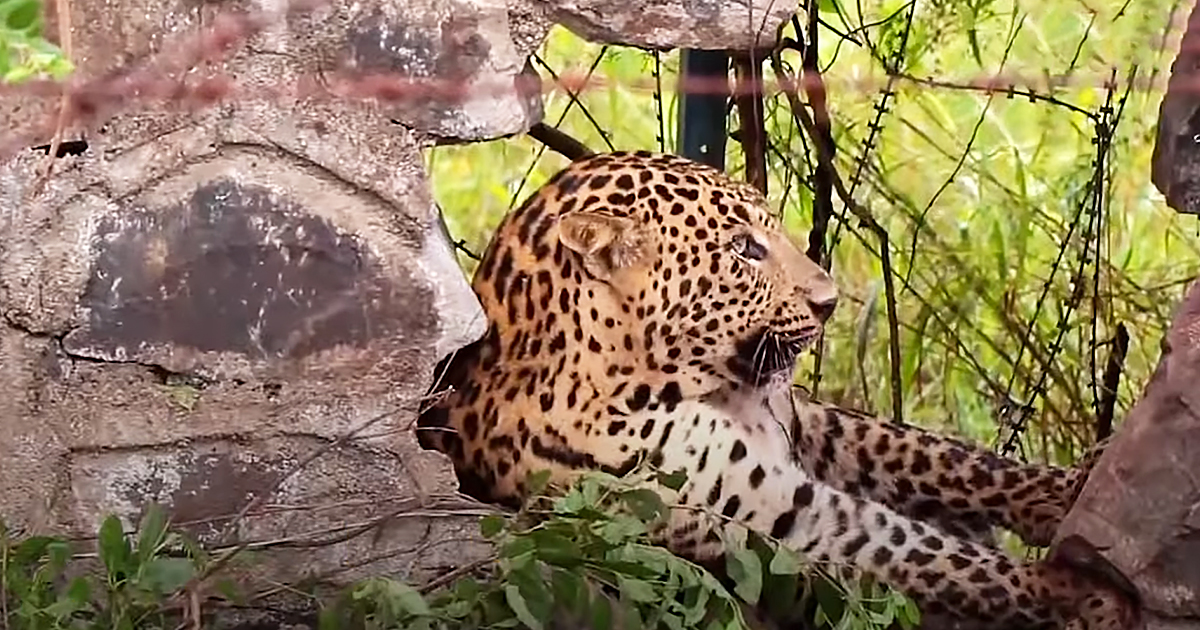 Upon reaching the spot, they saw a huge male leopard stuck in barbed wires used to cordon off a sensitive area. After the forest officials analyzed the situation, they tranquilized the leopard. However, the big cat was very aggressive and even tried to free himself. The poor animal bit the wire and had a lot of blood oozing out from his mouth.

The teams were unsure of the injuries and decided the leopard should not be disturbed. Some brave men approached the leopard in a car and tranquilized him. Unfortunately, they could only dart the neck as the other half of the animal’s body was inaccessible. 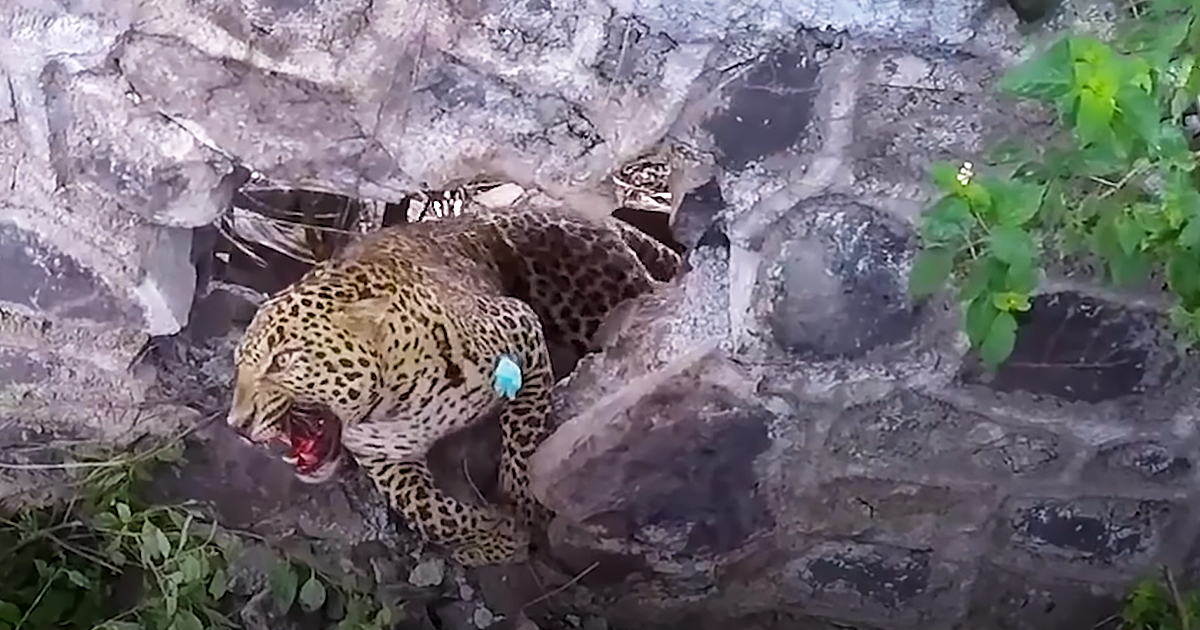 Even after tranquilizing the leopard, he was partly conscious. However, the rescuers still approached him with a snare, towel, and a net. They quickly put the noose around his neck and placed the towel on his face.

The forest officials and the rescue team tried to free the animal by cutting the wire in which he was stuck. However, the leopard must have been in pain as the wire was tangled pretty badly around his body, and it was hard for the rescuers to free him. 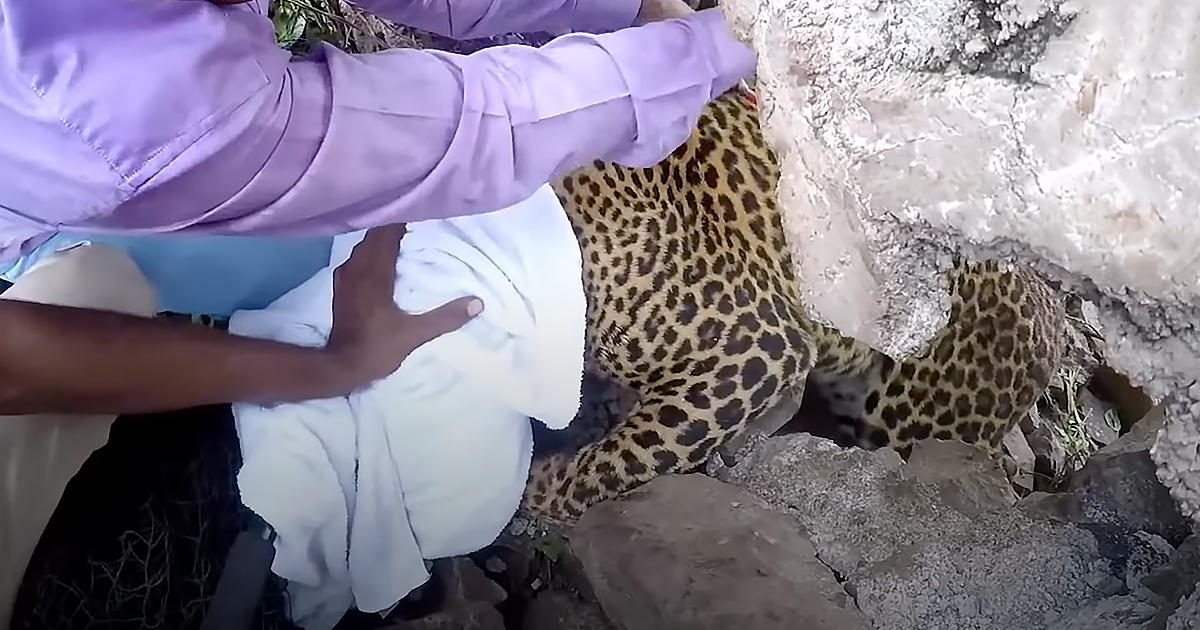 However, their combined effort was successful. Finally, the partly conscious leopard was free. Once the animal was free, the rescue teams pulled him out of the rubble and placed him into a net.

It took 6 people to lift the leopard, a fully grown male weighing over 80 kilograms or 176.37 pounds. Next, the injured animal was shifted into a cage and was taken into rehab. The big cat was treated and kept under observation for 36 hours. He was then released back into the wild.