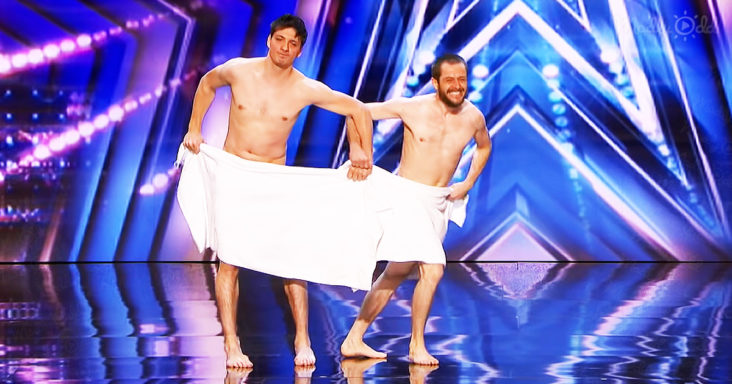 Two men walk onto the stage of America’s Got Talent and introduce themselves as Les Beaux Frères. They are both French-Canadian circus artists. Howie Mandell is delighted because he is from Canada as well.

After their introduction, the two men walk off stage confidently. The judges are confused because they aren’t sure what is happening or what they are supposed to be doing.

It becomes clear when they enter the stage again, but this time the two men are completely naked except for the towels they are holding just above their waists. Appropriately, joyful and jaunty music starts playing on the speakers. 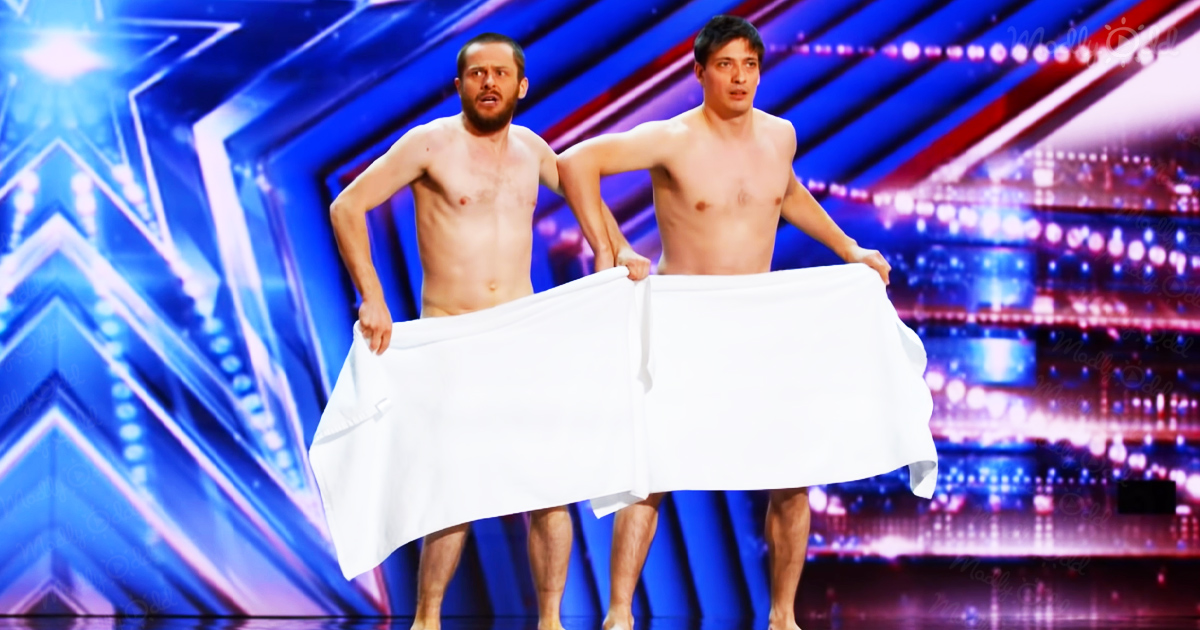 The tension builds as they dance while holding the towels against themselves; they flip it, spin it, and even fold it. Each time they always come so close to dropping it, but they never do.

The judges laugh wildly at their incredible performance. The two men toss and turn the towels, even switching them at times. At one point, they get stuck in interlocking arms.

They each do one last spin of the towel in the air, but this time one of them snatches the other towel before he can catch it. He runs off stage, leaving his friend bent over on stage.

Someone from the side throws him a very tiny towel that isn’t close to him, so he has to hop over to it. He carefully picks up the towel. Once he is safe, he makes his exit, doing one last twirl with the tiny towel.