A new remastered version of The Beatles “Here Comes The Sun” was released this year, accompanied by a breathtaking new music video.

“It was 50 years ago today, on August 8, 1969, that the world’s most famous band stepped out from London’s EMI Recording Studios to stride, single-file, across the black and white stripes of Abbey Road’s nearby zebra crossing. …Experience the mesmerizing moving sunrise in Abbey Road Studios Studio Two, where the band famously recorded most of Abbey Road.”

One of the best known Beatles songs written by George Harrison, “Here Comes The Sun” was released in 1969 as part of the iconic “Abbey Road” album. George Harrison wrote the song primarily while hiding from business meetings at fellow musician Eric Clapton’s house.

If anyone has visited London in wintertime, you’ll know that it’s known for its ceaseless rainy days. It is no wonder that George Harrison was inspired to expound upon the coming of spring and “the sun” reappearing in a life made dull by corporate politics.

The beautiful new music video released for the 50th anniversary of “Abbey Road” highlights the warm feelings that memories of The Beatles engender in all of us. As each image floats together to create a cohesive whole, we realize they were the sun in our lives: Brightly lighting the way for a short while until winter would set in once again. 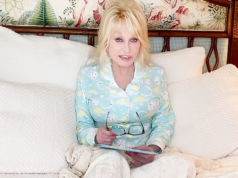 Dolly Parton Reading “The Little Engine That Could” Will Melt Your Heart Right Away... 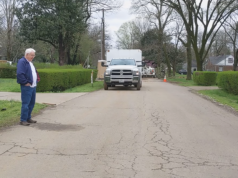