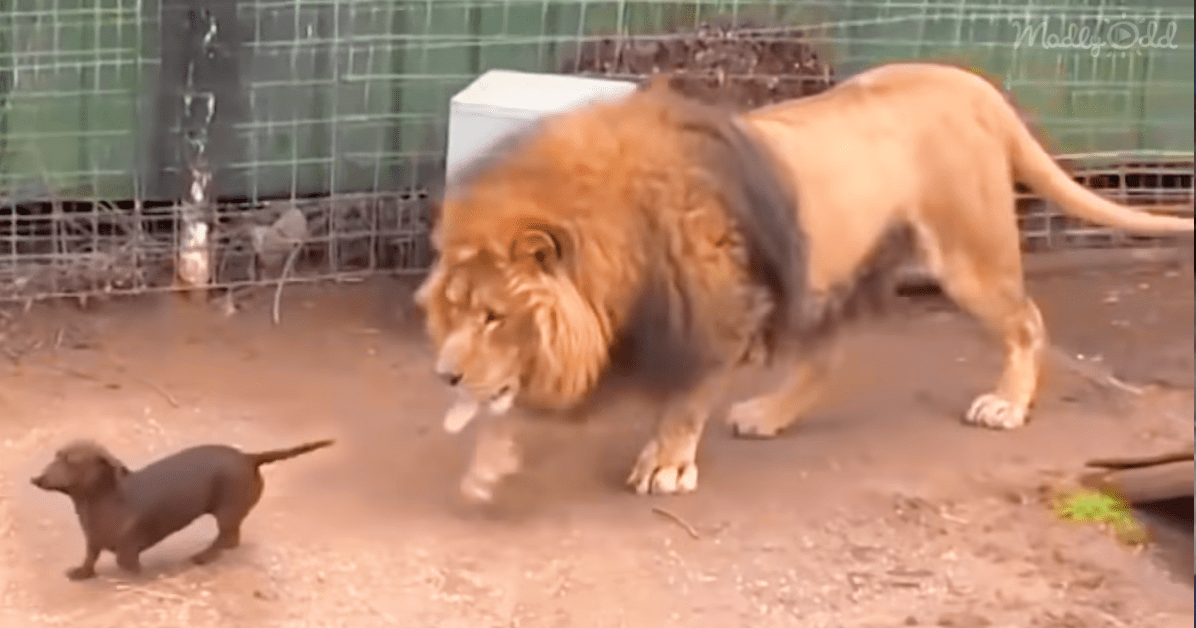 We have all seen stories of unusual pairings of animal friends. Some of these friendships include so-called “natural enemies” such as cats and dogs. Of course, all of us animal lovers know that a deep bond can overcome anything.

At the wildlife refuge in Wynnewood, Oklahoma the full-grown lion, Bonedigger, is friends with a dachshund named Abby. 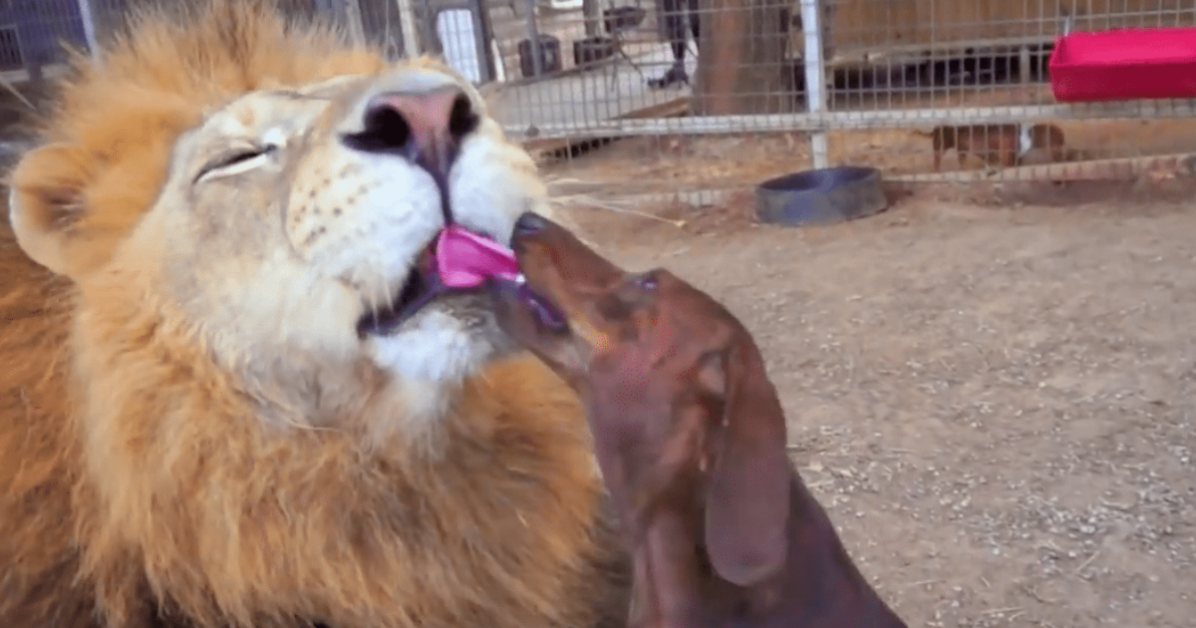 It is incredible to see the two animals licking each other affectionately and playing together. At times, the huge lion rolls over so that Abby can “attack” him playfully — just like a regular cat and dog.

The back story is that Bonedigger and Abby were raised together from about six months old. At that time, the size difference wasn’t so pronounced.

What is even more amazing is that Abby isn’t the only friend that Bonedigger has. He is partial to all of the dachshunds that live in the park. That’s actually quite normal because lions are very social creatures.

All creatures need love and companionship and I’m very thankful for the thoughtful way that the people at this sanctuary have taken the time and understanding to do this for both the wiener dogs and the lions. It’s a match made in heaven.

On any one day, it is not unusual to see the lion being chased by a crowd of small dogs. Watch as this unusual lion makes an unlikely friendship with these dogs in this hilarious video of lions with their pets. Meanwhile, humans can’t even get along with other humans!

Share this heartwarming video because this certainly isn’t something you see every day.