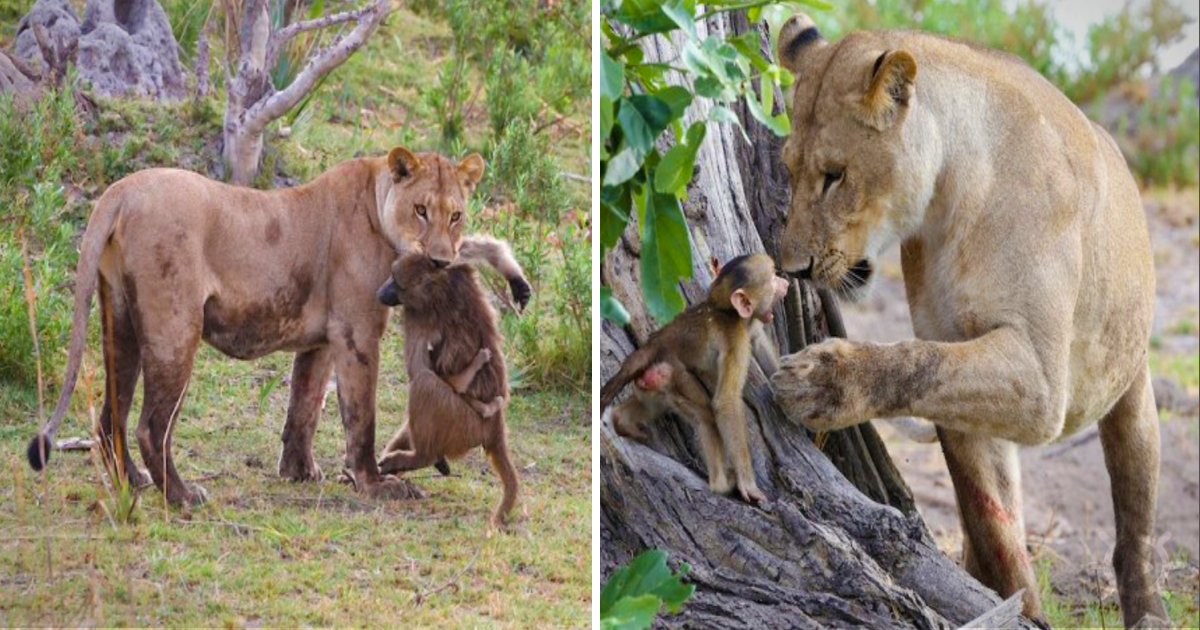 Being a wildlife photographer is an incredible job. Not only do you get to see nature up close, but it’s the real thing: animals out in the real world, not a controlled environment like a zoo or aquarium. They say that truth is stranger than fiction and that applies to nature, too. If it weren’t for the photos wildlife photographers bring back, nobody would believe some of the stories they have to tell. A good example of all this was an encounter between baboons and lions that a pair of wildlife photographers witnessed.

Lisa Holzwarth and Evan Schiller were in Botswana, in southern Africa, when they had the opportunity to document an incident of “nature red in tooth and claw” that took an unexpected turn. They saw about 30 baboons dashing across a clearing, running from a female lion who was charging right after them. One unlucky baboon wasn’t fast enough and fell victim to the lioness. The big cat carried her prey off, completely unaware that a baby baboon was still clinging to its now dead mother.

Before long, the baby baboon let go and ran off to try and climb a tree but was too weak to make it very far. The lioness sauntered over and Holzworth and Schiller feared they were about to see the orphan become dessert. To their surprise, the lioness gently picked up the baby baboon and settled down with it nestled against her. After killing the little baboon’s mother, the lioness’ maternal instincts had suddenly kicked in! When a male lion turned up, the lioness actually got up and chased him away.

This had all the makings of a sequel to “The Jungle Book,” but as it happened, the baby baboon’s father was nearby, nervously watching and waiting. When he saw his chance, he hustled down a tree, grabbed his little one, and clambered back up to safety. 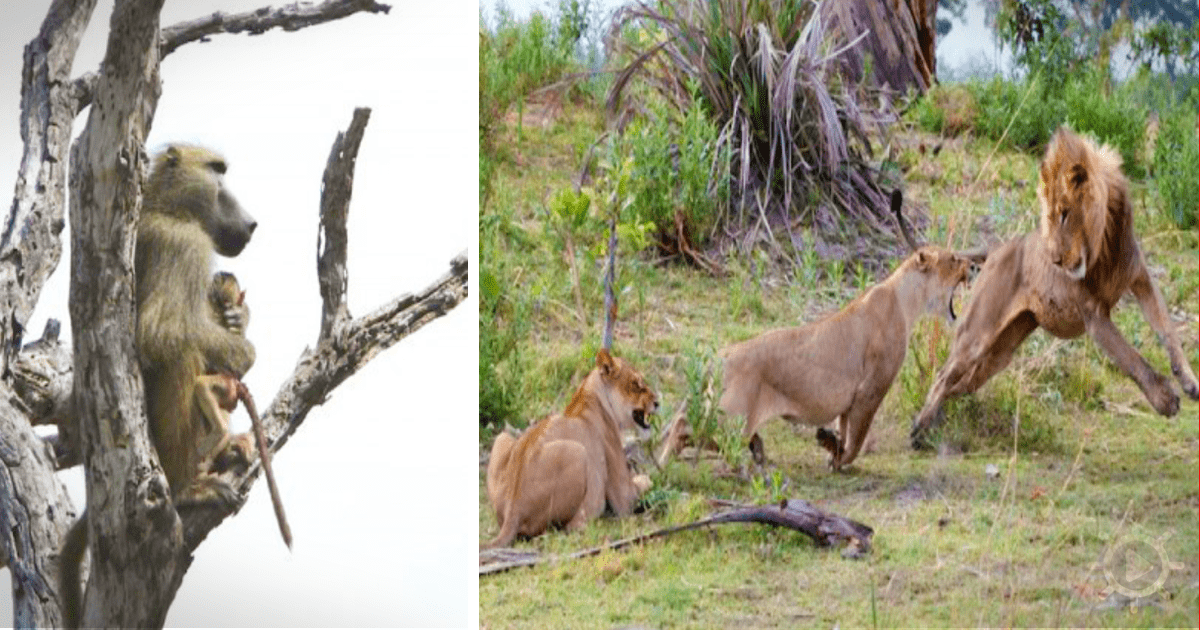