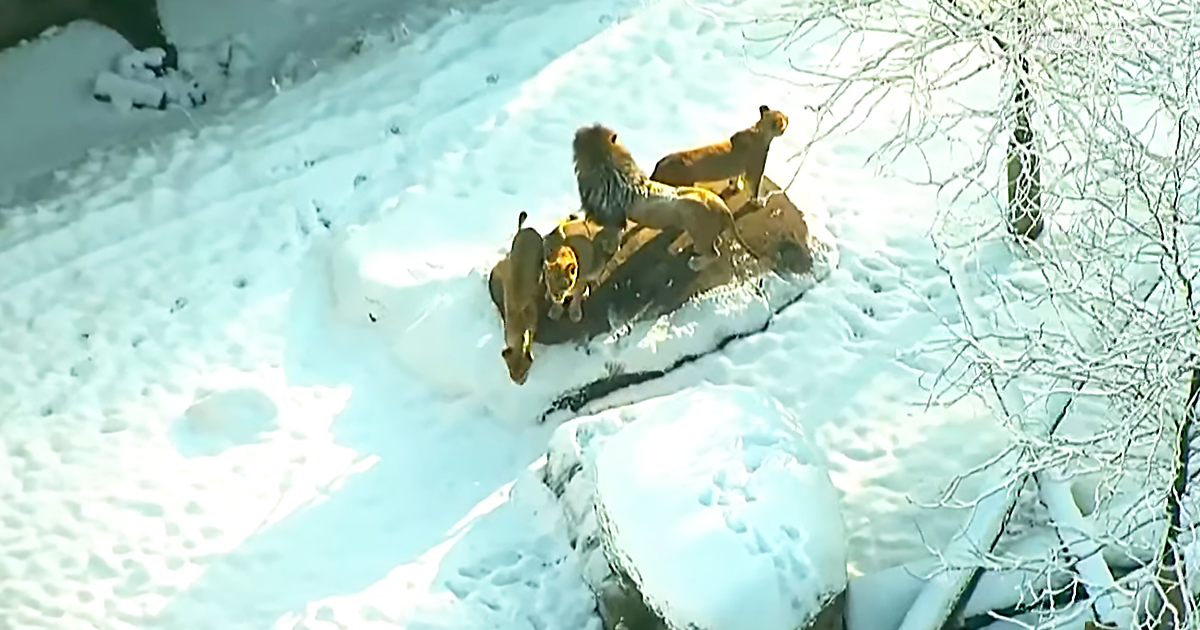 When Portland, Oregon found itself under a blanket of snow, the lions at the zoo celebrated with hijinks and chasing. Watch the royalty of the animal kingdom show us how they are just big kittens after all.

Normally the news chopper catches views of traffic, but this day one news helicopter in Portland Oregon spied something unusual as they flew over the Oregon Zoo. A pride of lions was out in the snow, playing like they were little kittens.

These might be the kings of the animal kingdom, but when faced with an unusually beautiful blanket of white powder, these big cats chased each other and played and bounded about as if they were youngsters all over again. 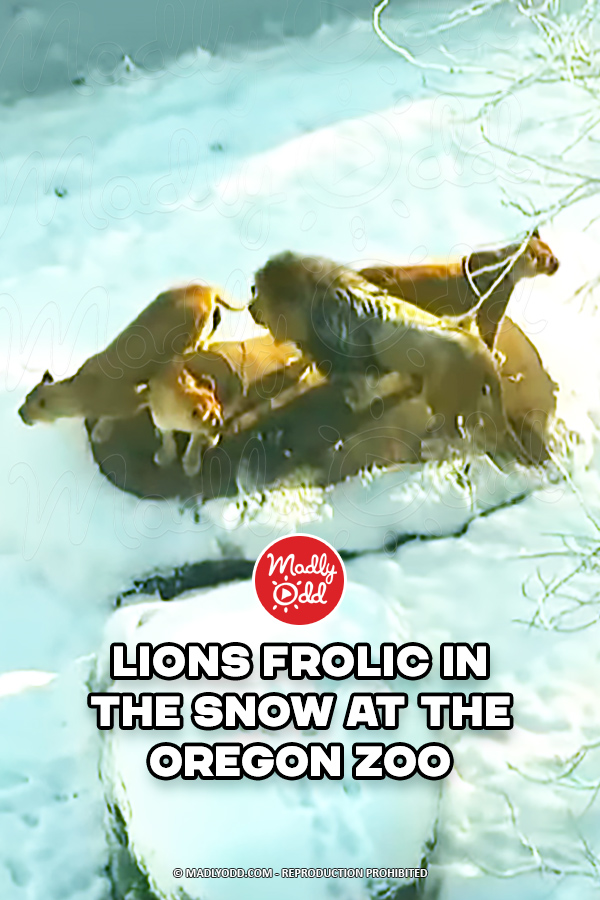