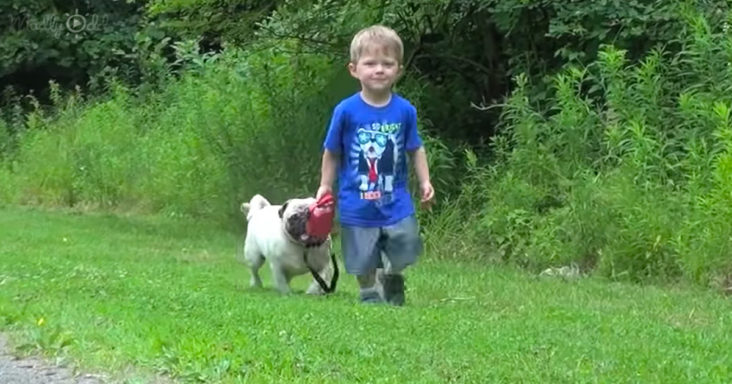 The kid’s name is Blake, and he’s sort of grew up with his dogs. The bond they share is so genuine and endearing to watch. He’s taking his adorable pug dog for a quick walk for the first time.

The child does not see him as a pet but rather as his other baby brother. Wherever one goes, the other one follows him. They’re like two loving siblings. He’s the best companion for the kid.

You can tell the boy is fond of the dog by his looks. He’s having a great time walking with him. Every time he looks at him, his heart leaps with joy, and his grin gets bigger. 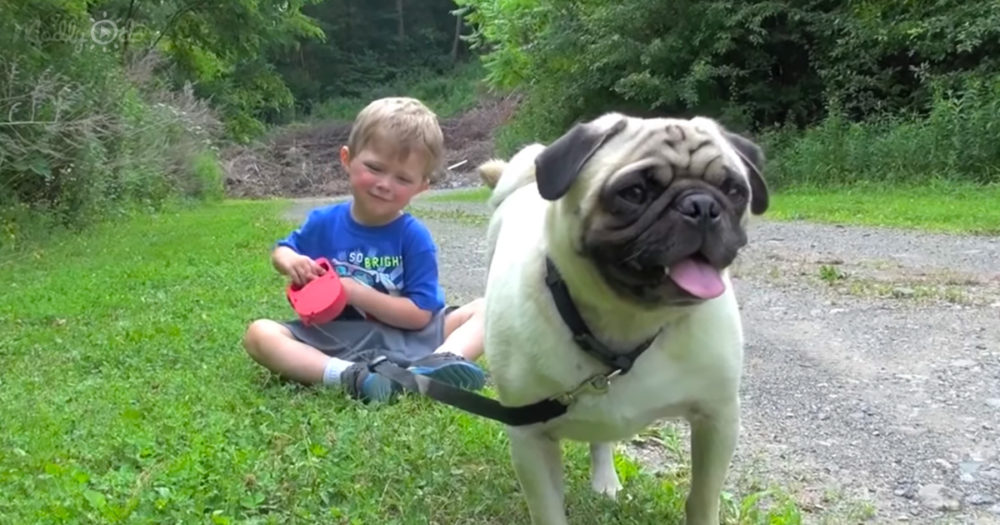 On the other hand, the dog is aware of where the boy goes and follows him in his small steps. When the child comes to a halt, the dog takes the lead. It’s amusing to watch.

The young child gets tired after a while, but he doesn’t let go of the leash. Instead, he walks faster so that he may walk side by side with his pug pal.

Sometimes the pug takes a little rest, and the boy sits next to him, giving him time to catch his breath. Then they start walking again, enjoying the birds chirping and the beautiful weather.

It’s as though they’re looking out for one another. Such a small boy, yet he bears a great deal of responsibility for his friend. And, they would never leave each other’s side.