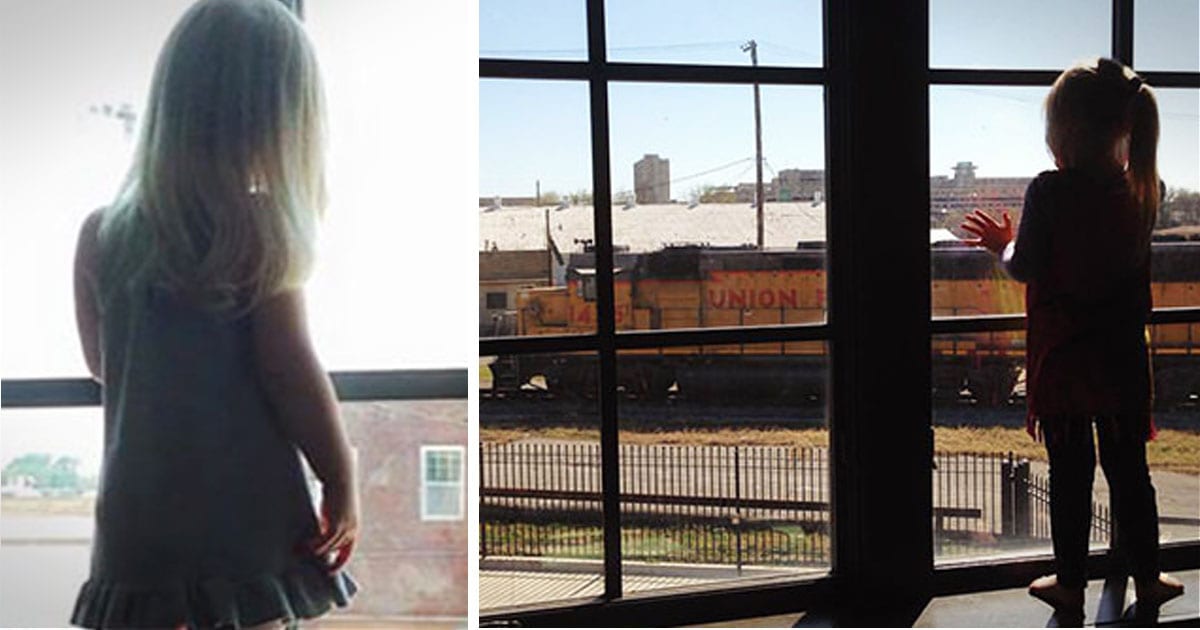 As they say, “you don’t know what you have until it’s gone.” For the crew of a freight train, it was a short-distance long-distance friendship with a little girl who waved at them as their train went by every day.

After her parents’ business set up shop next to some train tracks in Tulsa, Oklahoma, a little girl named Rio began waving at the crew of a freight train that trundled by every day. It became a daily ritual for all involved: the guys on the train would give the horn a blast to let her know they were approaching and she’d run to the window and they’d exchange waves. It was so charming that Rio’s mom would actually tear up almost every time.

This daily ritual went on for three years until the girl suddenly stopped appearing at the window. As her mom Briana Hefley Shepard described it, “They blew their whistles, they opened their windows, but I was the only one standing there just crying and weakly waving. The next day I made a sign. I simply wrote ‘She started school.’ I heard the whistle, ran to the window, and held up my sign.”

Three weeks later, there was a knock on the door. It was a man wearing a bright yellow shirt with earplugs dangling on a string. Briana assumed he was a construction worker coming to see them about something (that’s their line of business). Incredibly, it was one of the freight train crewmen! “Oh, did I cry. They had seen my sign, but couldn’t make out what it said. They had assumed she’d started school, but had to make sure. He said that her waves had made their days. For three years they’d shared these moments.” To thank Rio for all the waves, they’re sending her a birthday present!

How did you like this story about the value of a kind gesture, even a small one? We’d love to hear from you in the comments at Facebook. Be sure to like and share!