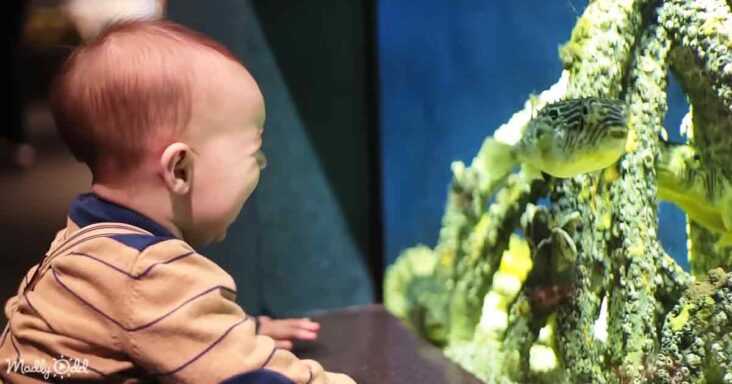 Kids have a way of making us laugh and be silly. Sometimes their reaction is unbelievable, and the kids in this particular compilation get pretty emotional. It makes us all thankful for cute and funny kid video clips. 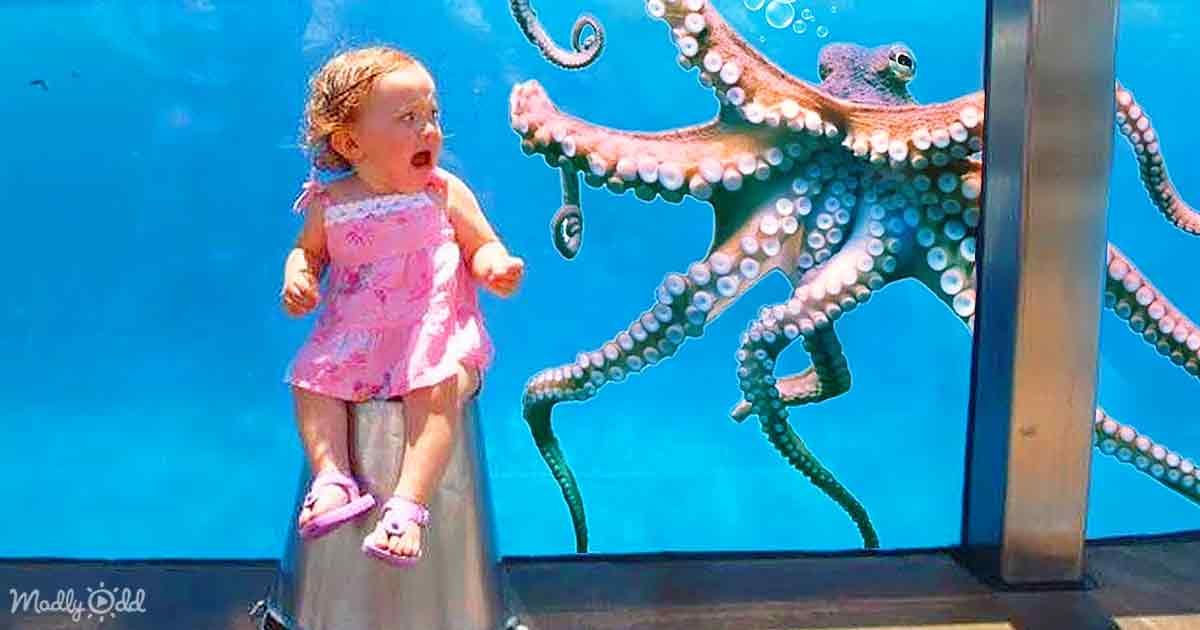 In one clip, a baby boy stands in front of a glass with a very small fish who swims by. The boy is silent for a second, then he breaks into tears and releases a cry louder than a trumpet! He looks back in fear as his mother comforts him.

In another shocking moment, a shark swims past in a green tank as two kids watch. The toddler exclaims, “Woah,” and the younger one looks directly at the camera, scrunches his nose, and cries. 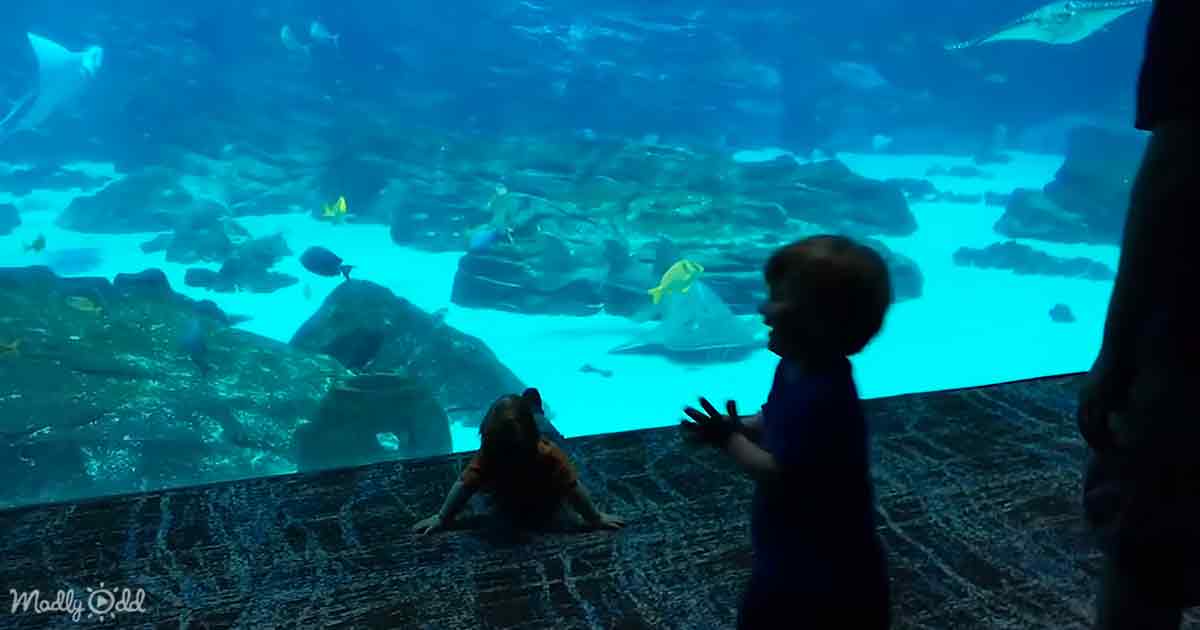 Next, a young girl stands at the tank and points to it with a smile. Then, a stingray swims up on the glass, and the mom says, “It’s gonna get you.” The girl backs away slowly, shakes her head, and runs to mom. Not today, stingray!

In another video, two girls stand in front of a dolphin tank when one swims by. The older girl smiles and waves, but the younger one turns to look at the dolphin, stumbling backward, flailing her arms.

Two boys run in circles in front of a large shark tank. The younger one runs into the tank and falls on the floor after seeing the huge shark directly in front of him. Next, a kid leans on the pool’s ledge, and a dolphin jumps up with its mouth open to greet him. The kid runs away in fear and yells.

In another clip, there is a scuba diver in the tank, and a kid turns around and sees him, and runs away immediately. These funny kid clips make up an excellent compilation of fantastic kids’ reactions to these aquatic sensations. 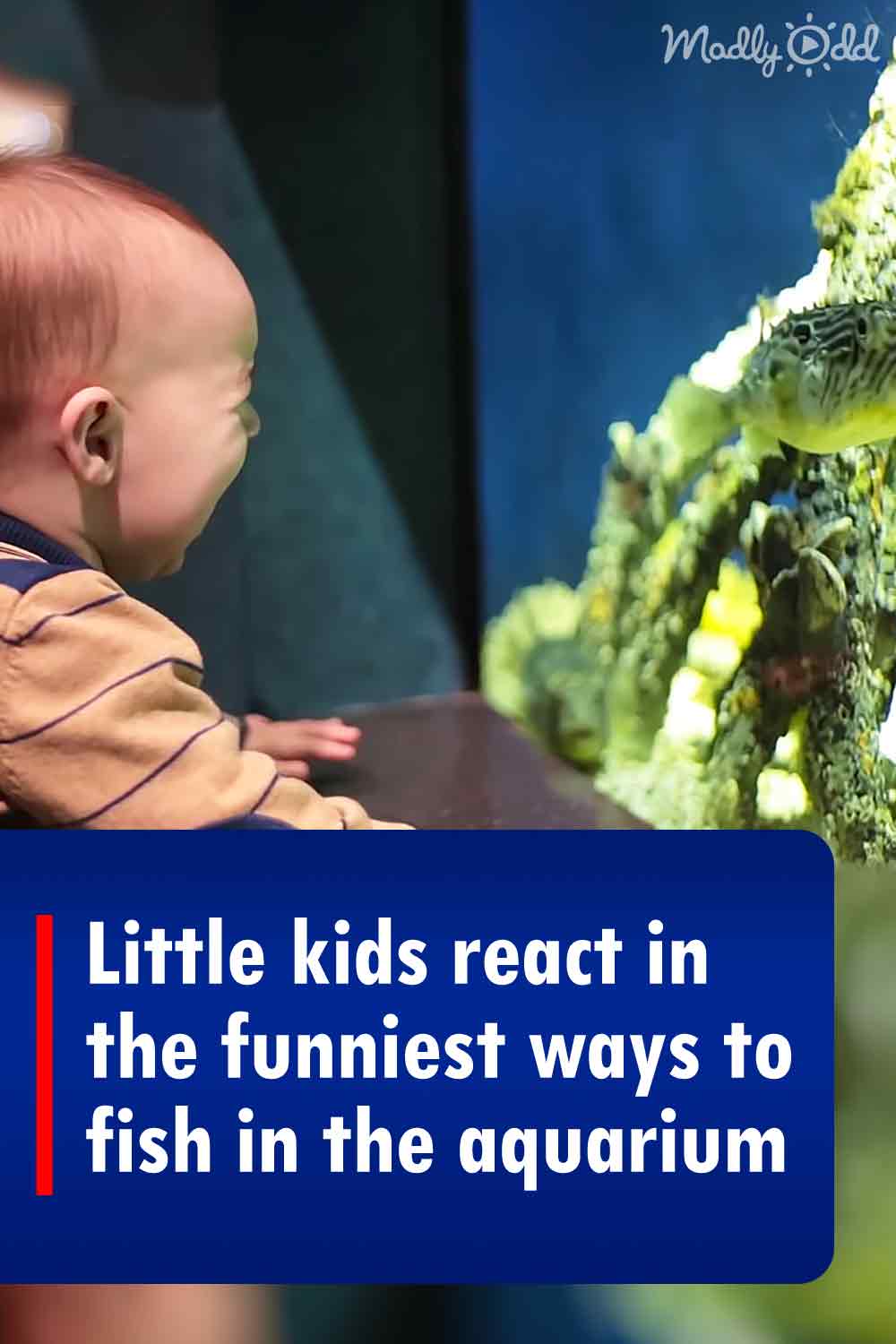