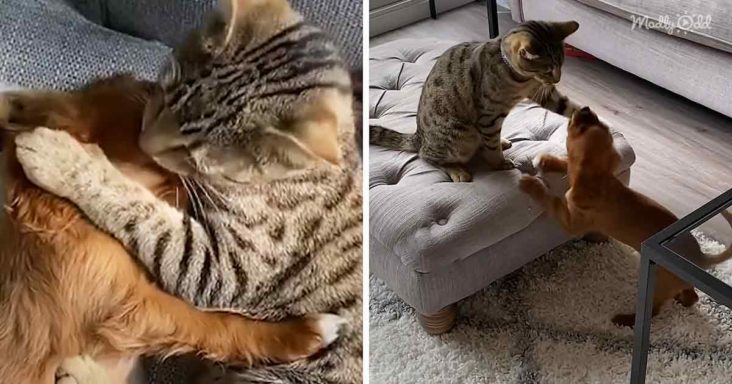 Teddy, a male cat, lived with his owner Lana. She recently decided to adopt a puppy, Albi, to her family. The moment the cat saw the little one, he instantly knew he was his little brother and was very welcoming. 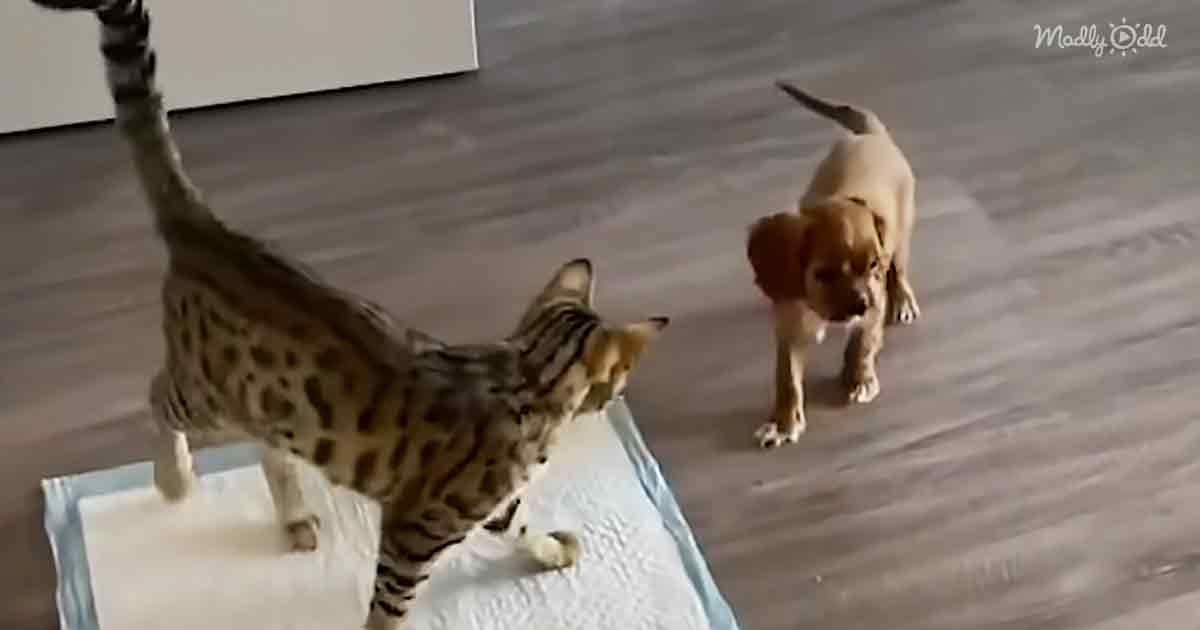 Even Albi went straight to him and started to sniff at his new friend. They bonded instantly and started to play and follow each other around. The two of them were obsessed with each other.

Over the first day, Teddy would come up to Lana and snuggle with his owner, and Albi would follow. Soon, the cat started to groom the puppy. Since then, their relationship has gotten stronger and stronger. 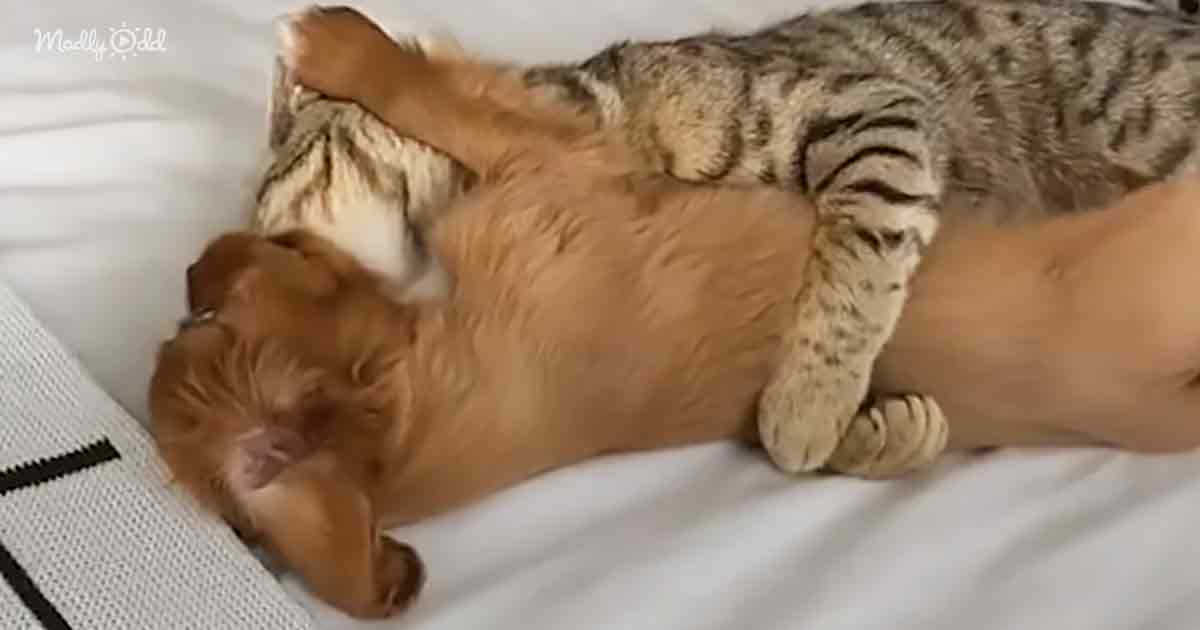 For the first couple of weeks, the house cat and the puppy would cuddle and groom each other. After that, Lana always found them cuddled up in a dog bed together, which she found very cute.

As Albi got more significant in size, the duo would fight with each other playfully. The puppy thought he was a cat when he was with Teddy. The two of them would play all day long, and they just loved to spend time together. 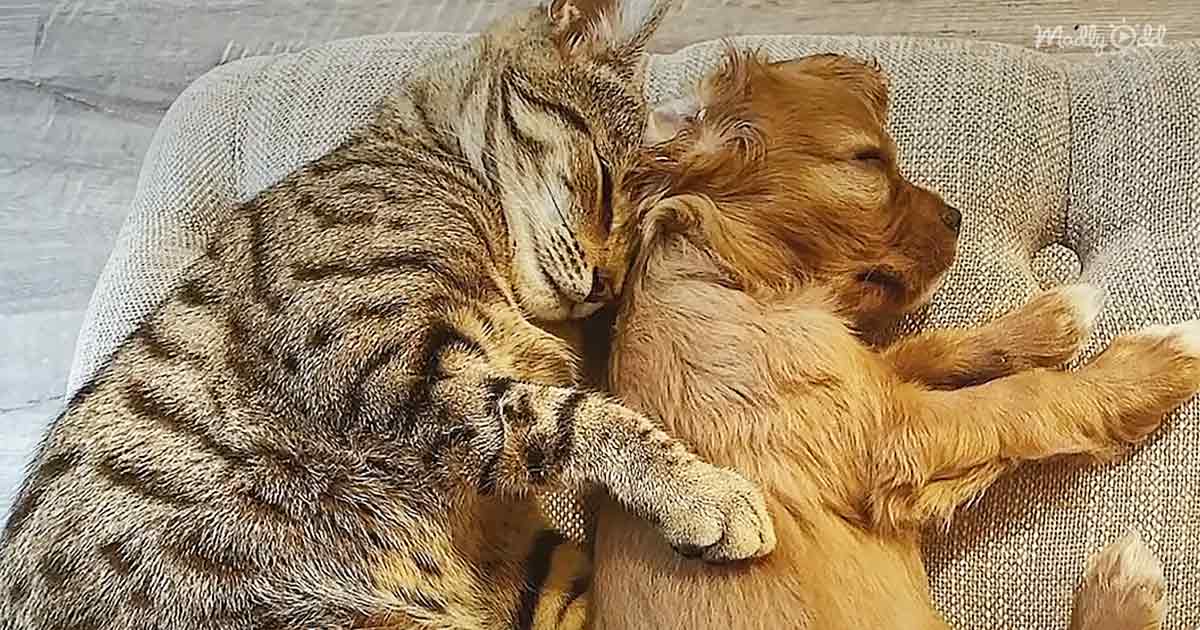 Albi would nibble on Teddy’s ears and bite at his collar. However, the patient-cat would just play along. The cat would just sit in one place, make little noise, and purr for a while. Lana believed that Teddy was a one-in-a-million cat.

Albi was also very fond of Lana and would follow his owner everywhere. He would even go to Lana’s workplace every day. However, when he returned home, the first thing he did was run to Teddy and give him kisses. After that, they would always be together as if they were soulmates.