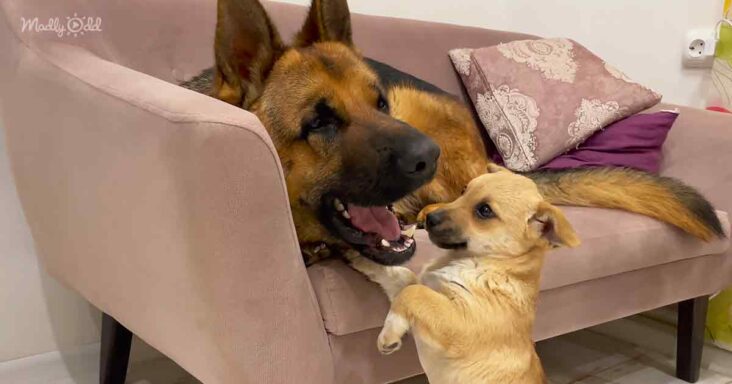 Not only humans but animals also show various emotions. Dogs are among the best human companions due to their gentle and loving nature towards their owners. Rocky was a gentle dog who lived in Costa del Sol, Spain, with his owner Taras. 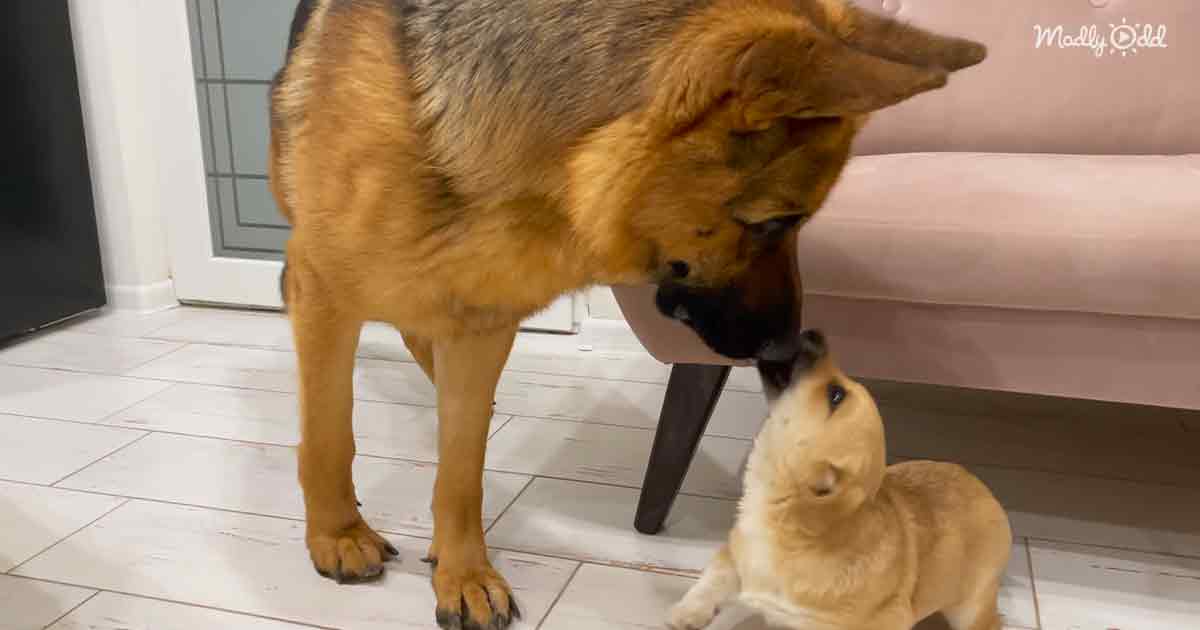 The kind dog has been very gentle and loving towards Taras’s other pets and was loved by everyone. Rocky’s owner made sure that his pets were socially comfortable and introduced them to each other very early.

Rocky and Bailey, the Golden Retriever, roamed freely at home in Spain. However, there was a new addition to the family. A little puppy recently joined the family and tried interacting with the adult dogs. 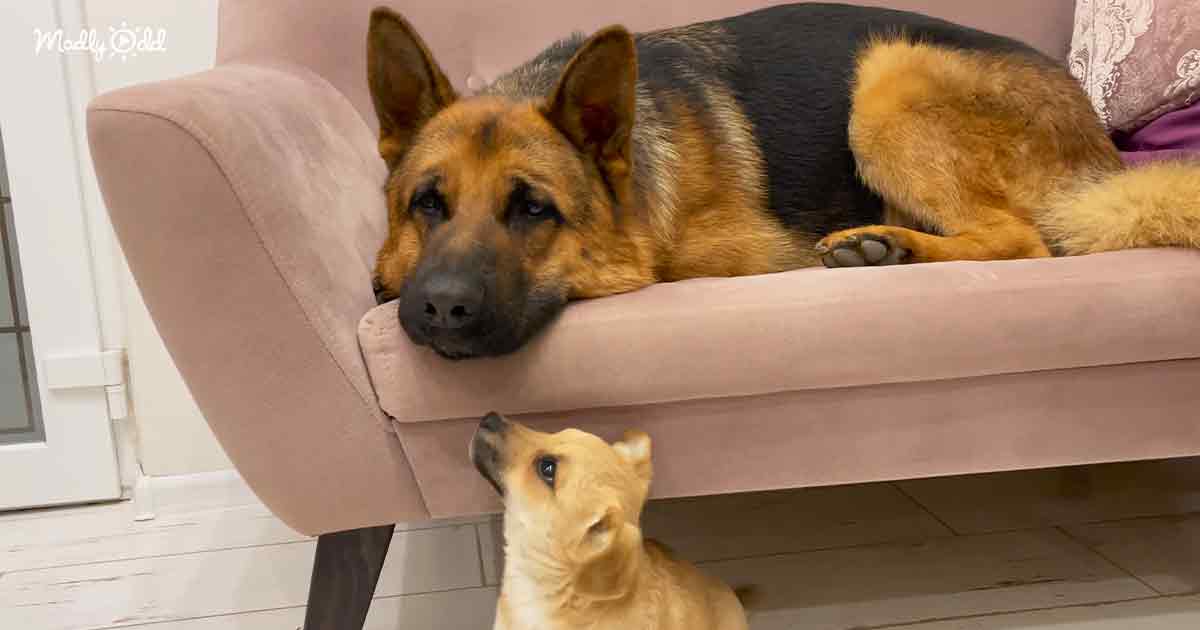 The little fur baby went on with his shenanigans and kept getting on Rocky’s nerves. Finally, the German Shepherd patiently sat on the sofa and let the little one play around with him.

As Rocky sat on the sofa comfortably, the little puppy wanted to climb it too. But unfortunately, the poor creature’s legs were too short to jump or climb on the couch. That did not make the little one happy. 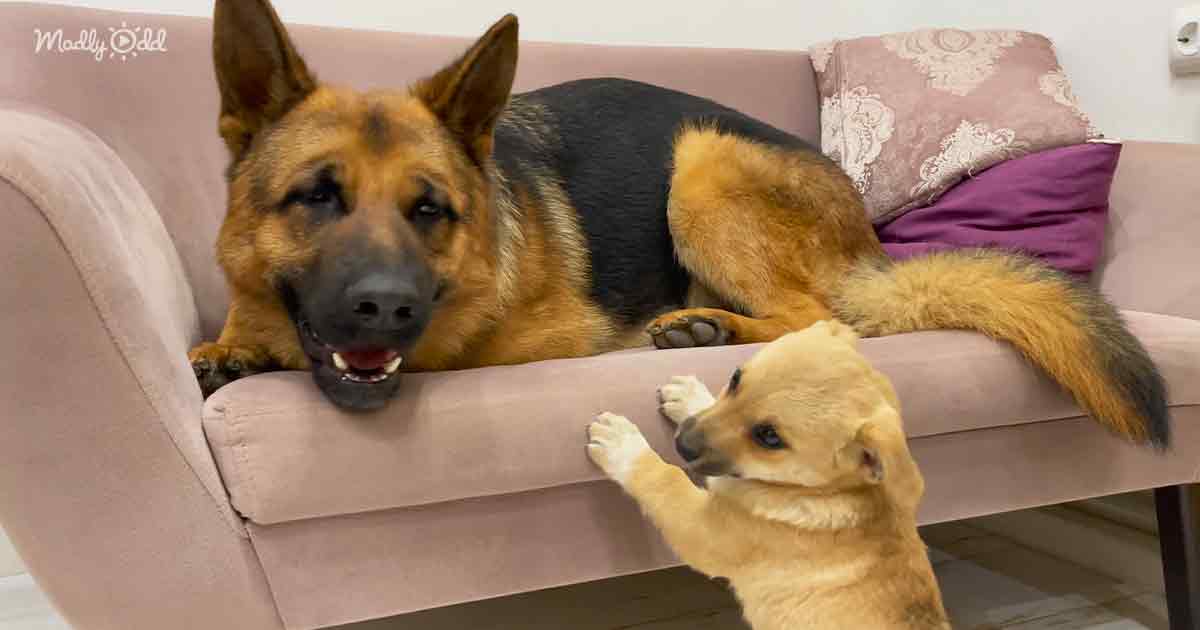 So, he kept biting the German Shepherd’s tail and tried pulling the big dog down from the sofa. When Rocky did not heed the little puppy’s futile attempts, the latter used his last ounce of energy to jump on the couch. But unfortunately, he failed again and bounced back to the ground.