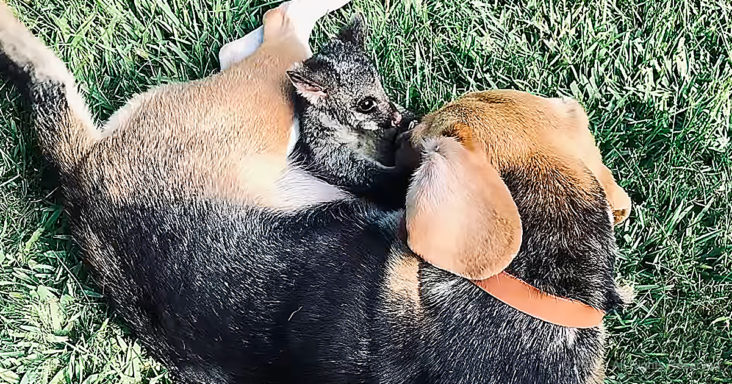 Being a mother is hard work, especially when your baby is from a different species. A beagle and opossum find common ground after realizing they were meant for one another.

Molly has always wanted to be a mom with a litter of puppies. She is your typical family beagle, with plenty of energy and a great nose. But before she could meet that special someone, something unexpected happened.

In the backyard, a lost baby opossum was calling out for his mom. He had been out there a while, and it was getting cold on that particular night.

Molly decided to investigate, and just so happened to discover Poss the opossum. He was shivering, alone, and immediately attached himself to the beagle. For some reason, the lost opossum thought Molly was his mom.

The beagle didn’t hesitate and has been taking care of Poss ever since. It is a beautiful relationship that has allowed Molly to become the mom she has always wanted to be.

The two are inseparable and do everything together as one unit. It’s a thrilling story that has led to a happy ending that no one expected. Molly has become a great mom, and Poss has gained a new family. 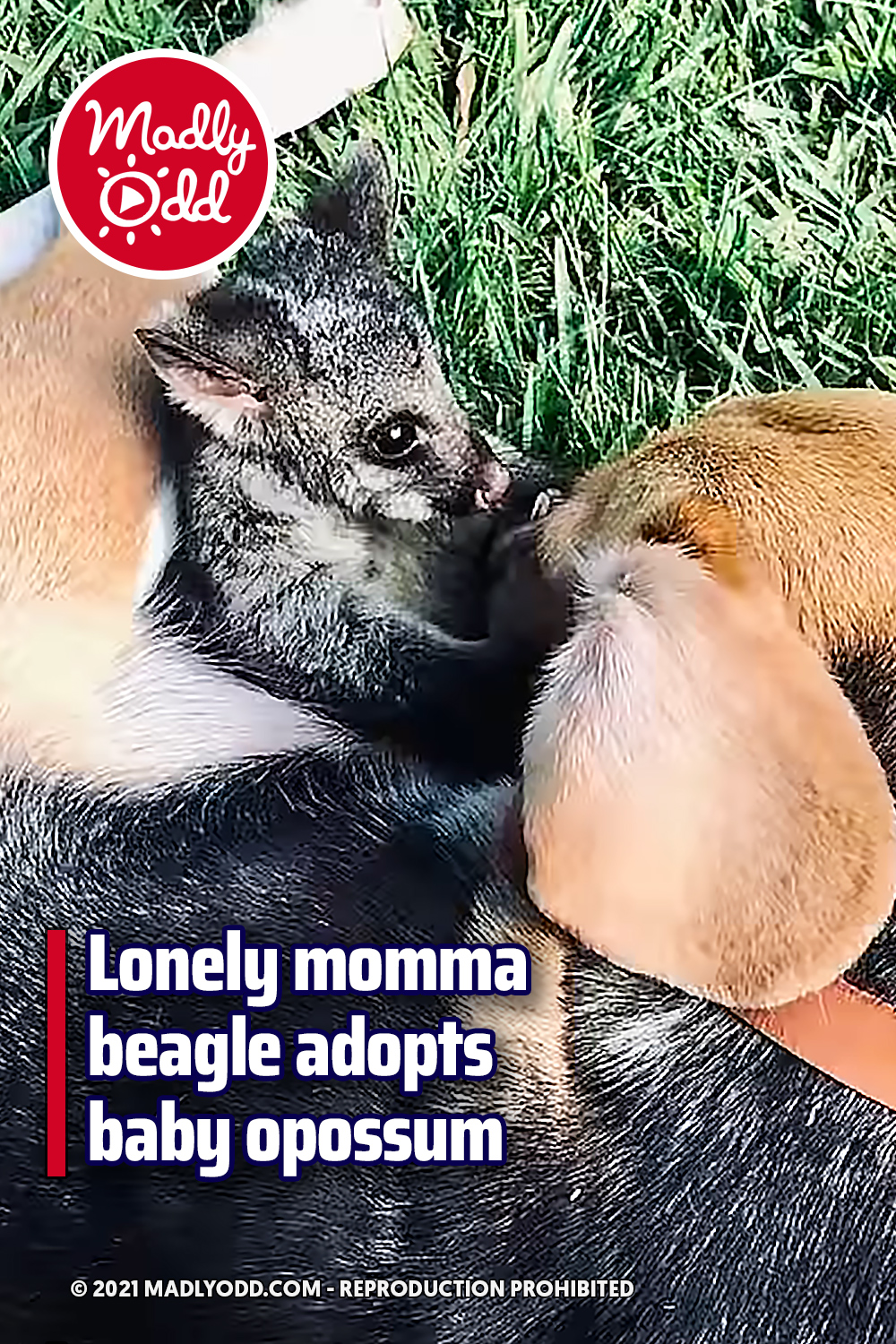