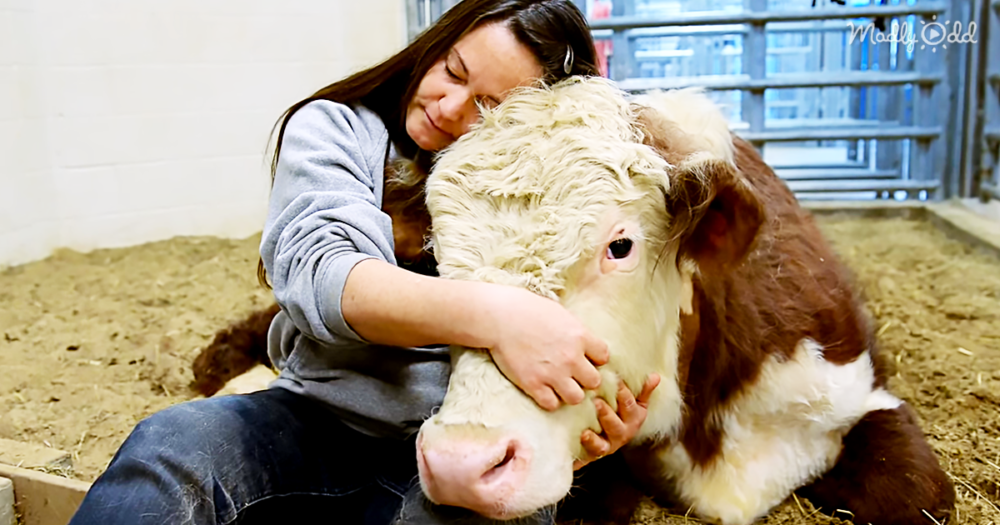 Sadly, in the society that we live in today, there are still many animals who are treated as products and machines, and their feelings are never accounted for at all. They’re seen as a commodity and an asset, and the regular people outside the farm industry usually never realize the real pain that these poor animals have to suffer.

If everyone realized all the pain and suffering that happen just so we can sustain the food industry as it is, we’d probably be making BIG changes to it. In the following video, we’ll see one of the sad cases of animal abuse and neglect that this industry causes, but that had a happy ending after all. 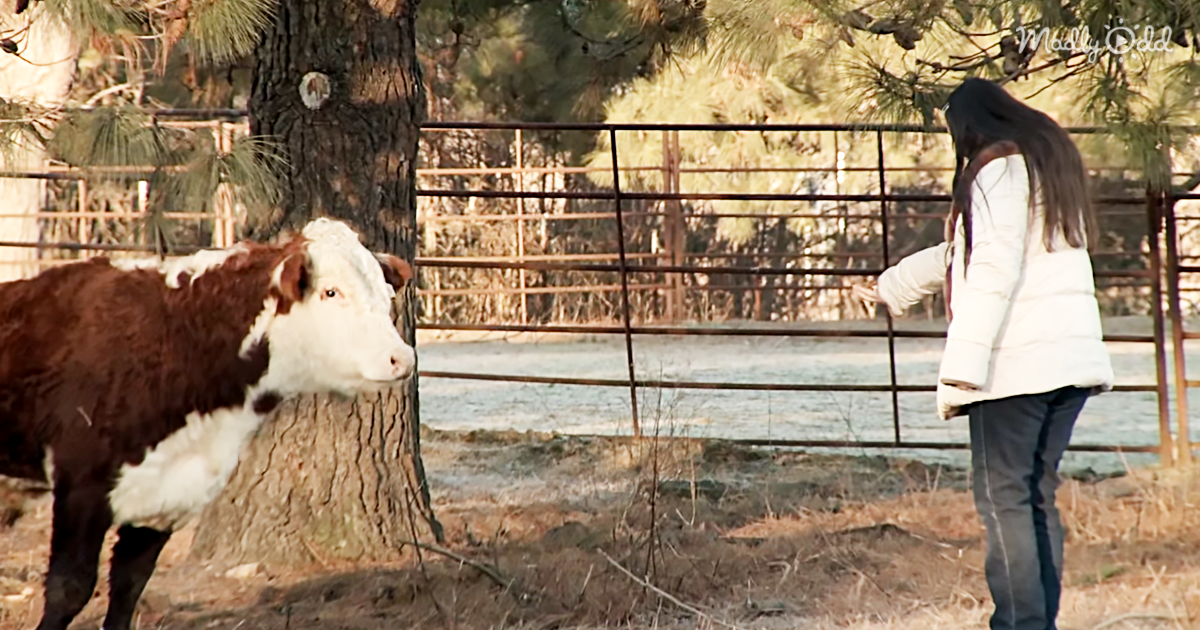 You’ll meet Dudley, a young bull who was separated from his mother at just one month of age after being auctioned off at a farm sale. His new owner pretended to fatten him up and sell him to a slaughterhouse for a profit, but he did not have any responsibility or knowledge about cattle at all.

After being neglected for months by his’ owner,’ Dudley ended up losing his whole foot, and for almost a year, he had to struggle with just his wounded stub, suffering intensely. Thankfully though, the kind people of Gentle Barn were able to rescue this abused animal and bring him to safety, and after his surgery and rehabilitation, he was able to get a prosthetic leg so that he could live a happy and fulfilled life, free of pain. 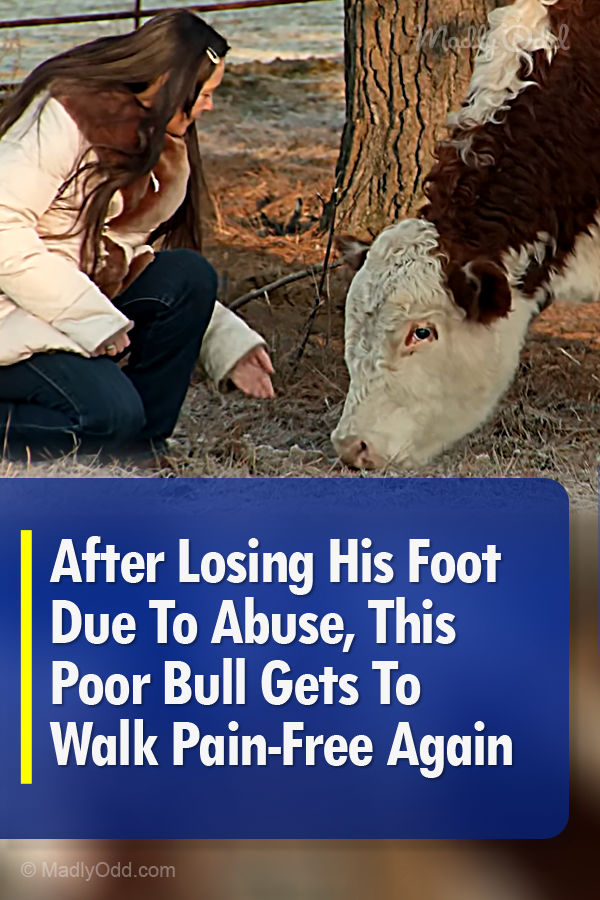