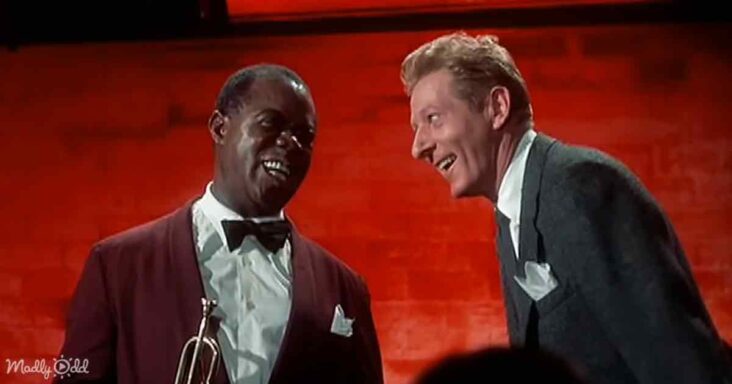 Two of the most impressive performers of the 1930s and 40s combined to deliver an excellent rendition of ‘When the Saints Go Marching In.’ Louis Armstrong and Danny Kaye are legendary voices in American music history. Their take on the classic spiritual is a delight! 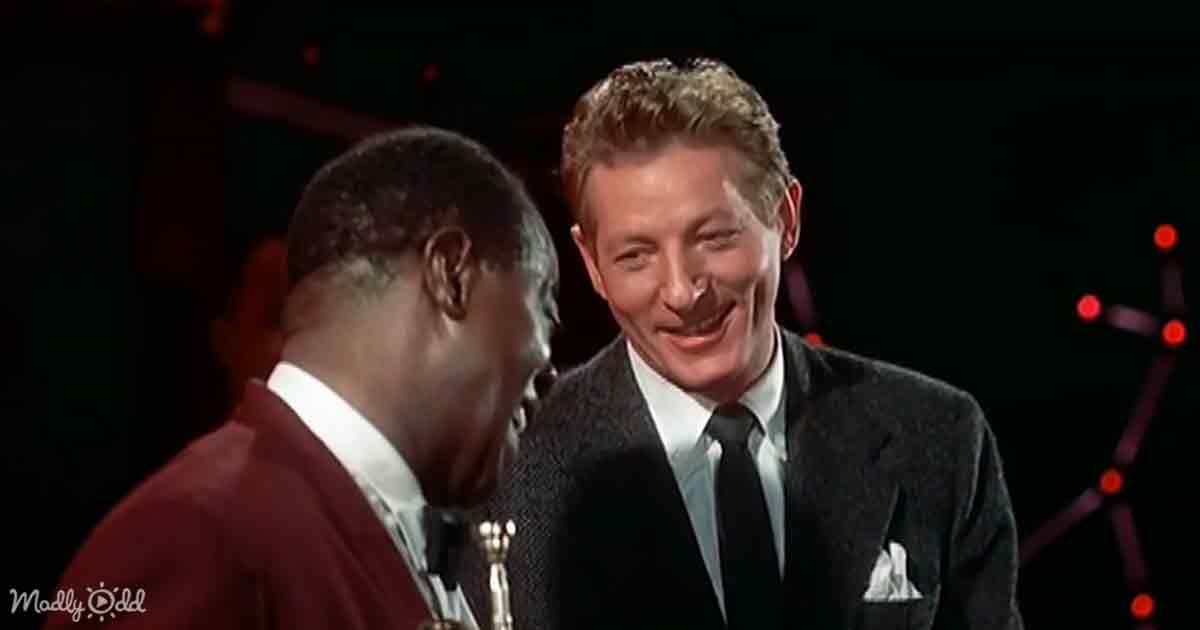 Louis and Danny are on stage and sing together, wearing black suits and ties. They both stand in front of a band, and Louis holds his trumpet. The background is red curtains, and there is a crowd in front of the performers.

They harmonize and smile as they step around the stage and perform ‘When the Saints Go Marching In.’ The song is a spiritual that originated as a Christian hymn played by jazz bands. The most famous recording was by Louis Armstrong and his orchestra in 1938. 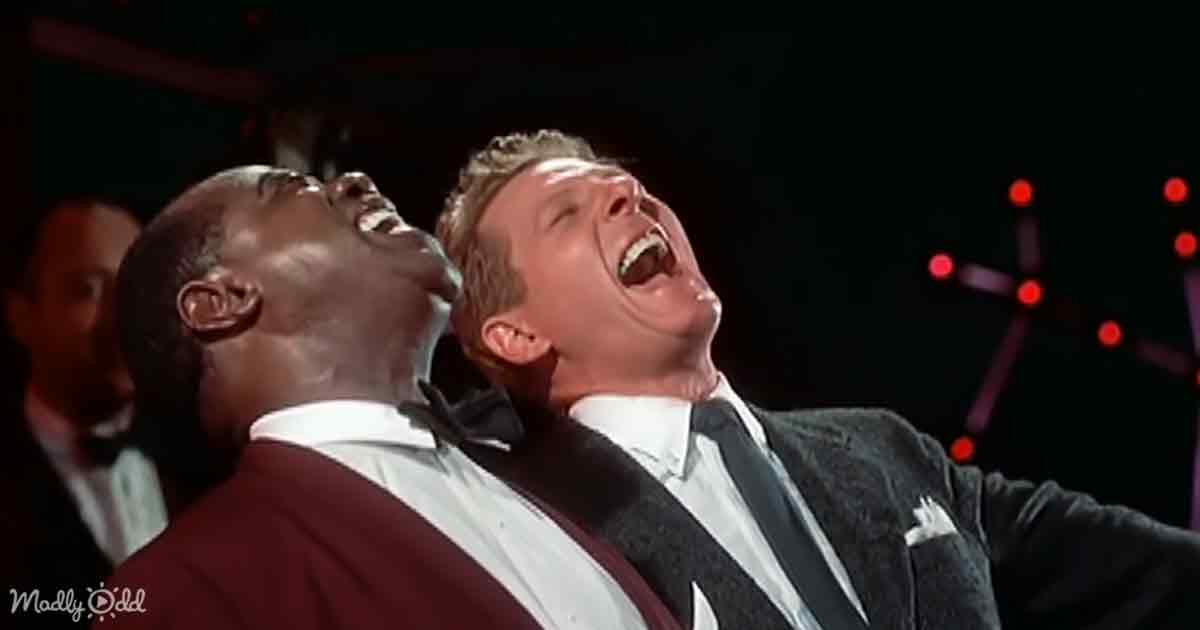 At one point, Danny impersonates Louis’ singing, and the crowd laughs along with the two singers. They smile and laugh together the whole time and have great chemistry onstage.

Danny starts to scat towards the end, and Danny and Louis trade scatting solos and end in unison. Two energetic voices combine in this incredible performance. Danny Kaye was an American actor, comedian, singer, and dancer known for physical comedy and novelty songs. 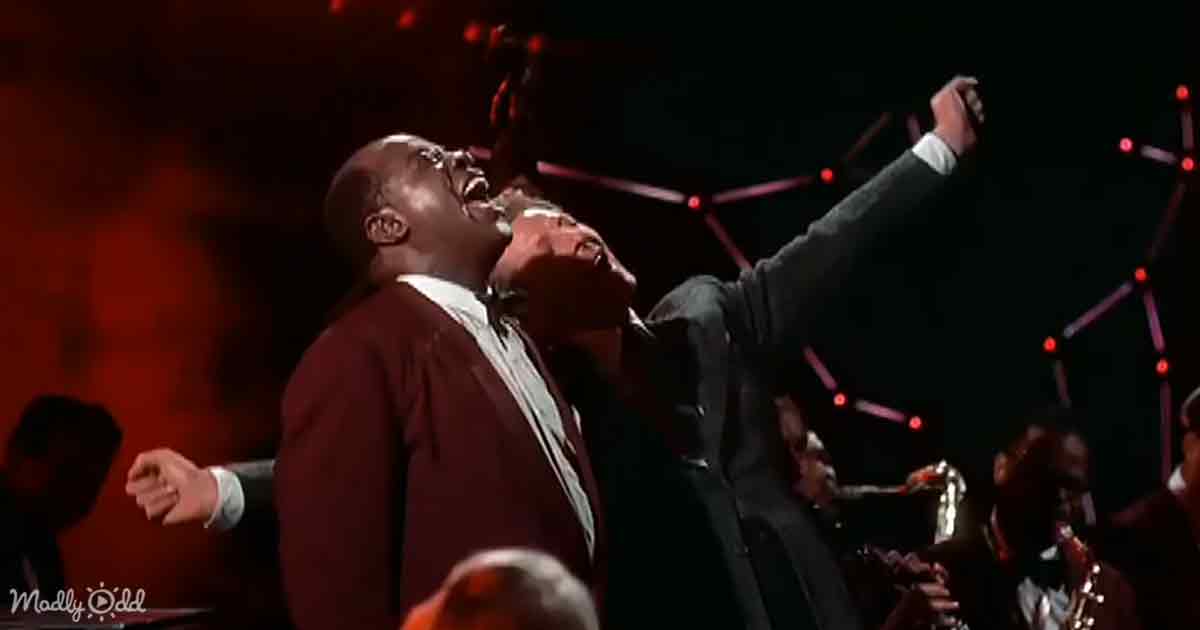 Louis Armstrong was nicknamed ‘Satchmo.’ He was a beloved trumpeter, vocalist, and one of the most influential figures in jazz music. His career spanned over 5 decades. By the 1950s, he was an American music icon.

The two powerful forces combined to make this song an instant classic. Louis and Danny were the ultimate performers, bringing their talents to the classic tune ‘When the Saints Go Marching In.’ 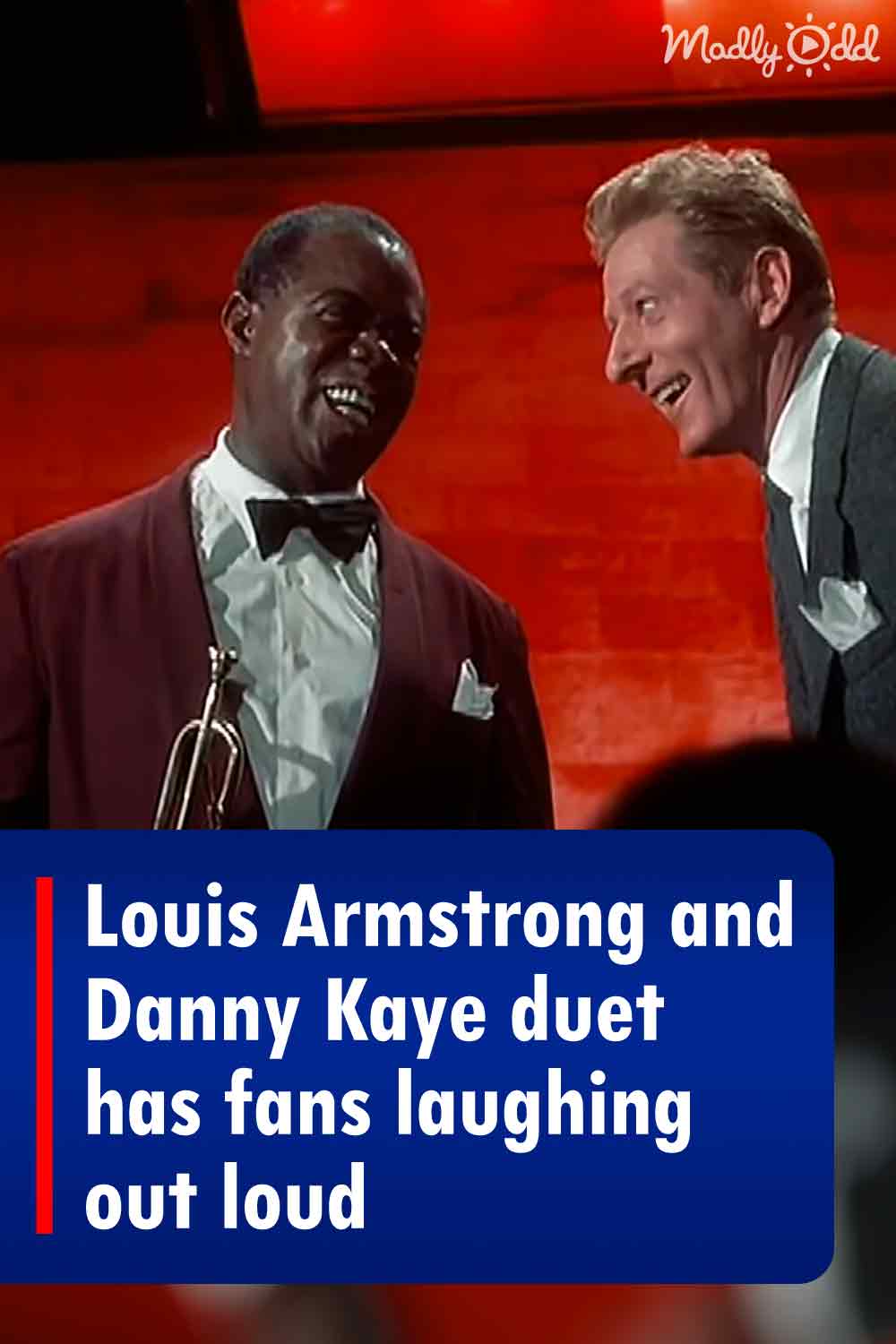