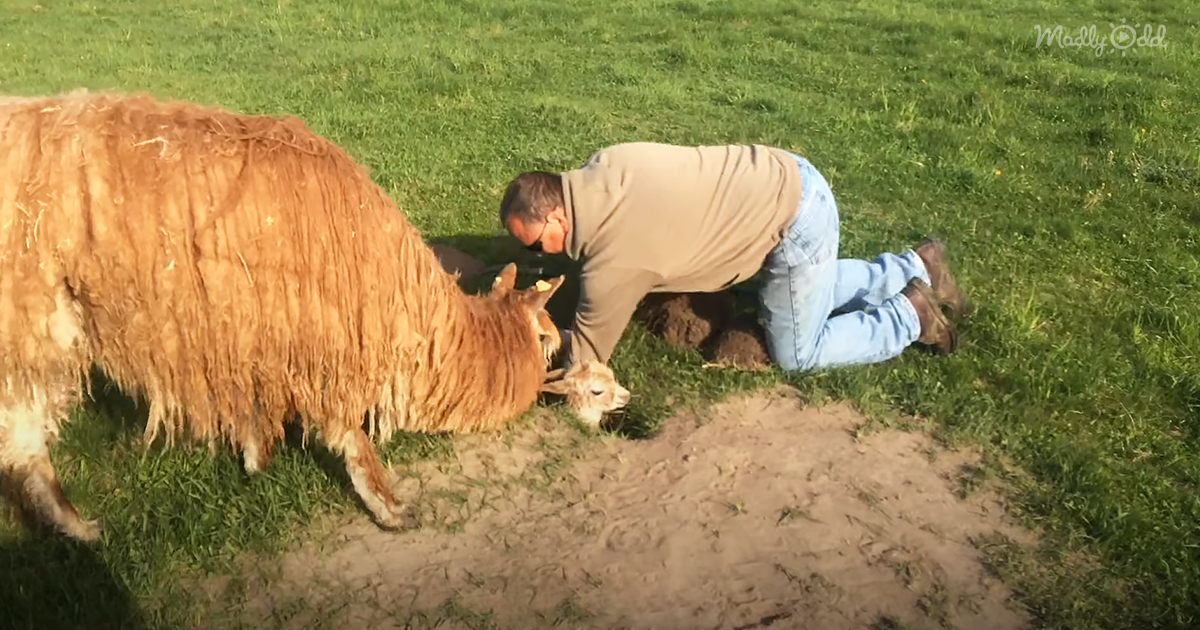 When John Govin from Menomonie Wisconsin saw a baby alpaca had gotten stuck in a hole on his property, he grabbed a shovel and went to work. Digging gently around the frightened animal, he enlarged the hole and was able to pull the cria to safety. Reunited with its mama the baby alpaca was unharmed.

Superheroes come in all shapes and sizes. Sometimes they wear capes and fly through the city defeating bad guys, sometimes they carry a shovel and rescue baby animals stuck in holes. That’s what happened in Menomonie, Wisconsin when farmer John Govin saw a baby alpaca stuck in a badger hole.

John began digging around the hole, widening it so that the baby could get its body out from underneath the ground. When he had enough room, he pulled the cria out of the ground, saying to his friend “Becha didn’t know that was how alpacas were born.” The cria took a bit of time to get on its feet but then walked away with its mother unharmed. 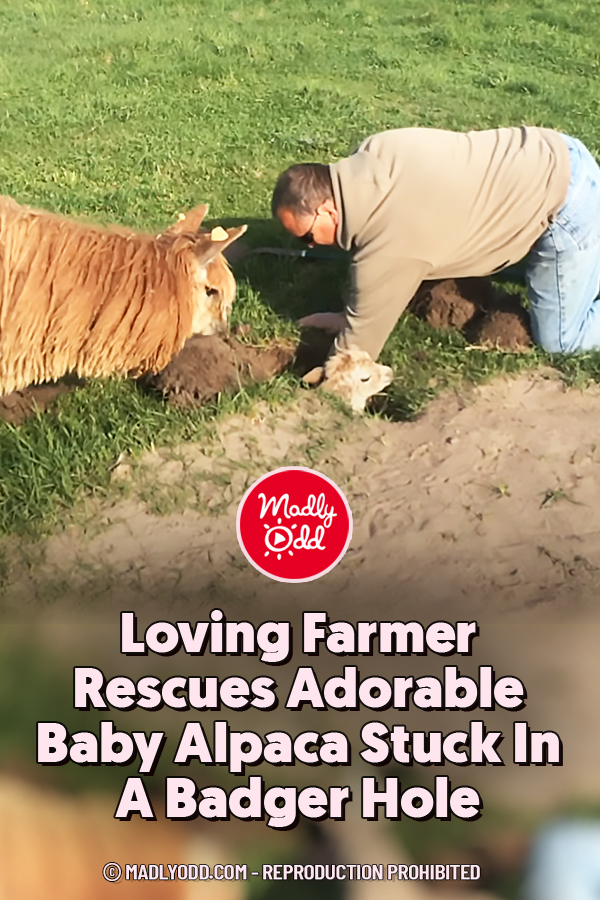