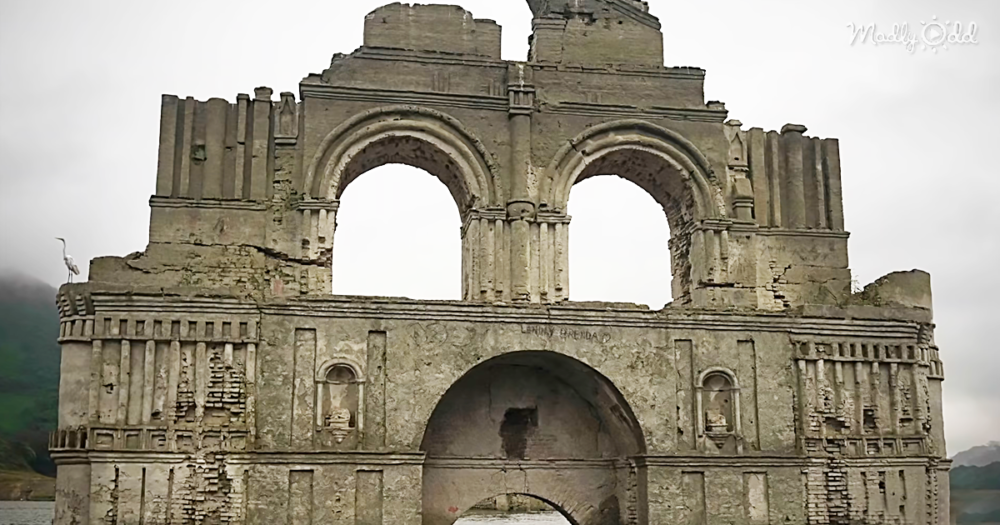 The Temple of Quechula, otherwise known as the Temple of Santiago, was built in 1564 by the Dominican friar Bartolomé de las Casas and his fellow monks in Tecpatán, in what is now the Mexican State of Chiapas. At the time, the church served a much smaller congregation than it could handle, and was designed in preparation for large population growth.

But the Temple of Quechula was abandoned nearly 200 years later when plagues ravished the area. It was never used for ecclesiastical purposes again. In 1966, the Nezahualcoyotl Reservoir was completed from the construction of the Malpaso Dam, and the Temple of Santiago was completely submerged. 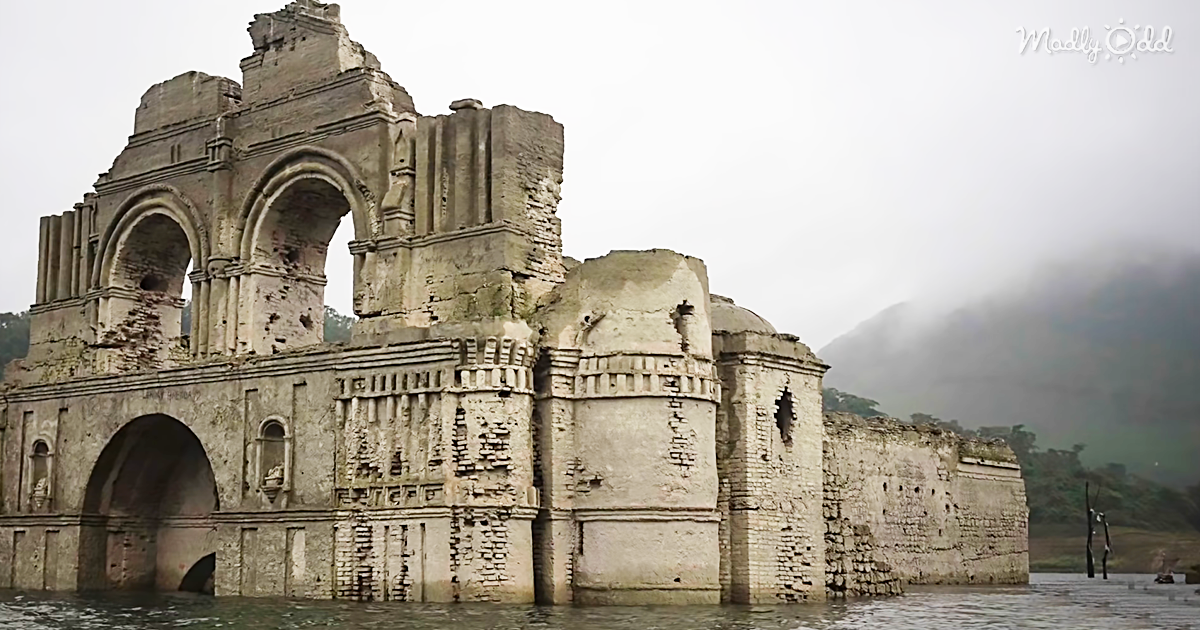 The temple has reappeared periodically, at times when the reservoir water levels have dropped; the first recorded such time being in 2002. That time, the water levels were so low that the church floor was dry, and local people visited it to hold parties.

In 2015, the temple reappeared again, after water levels dropped more than 80 feet during a drought. Although this time, the church was still partially submerged, local fishermen began operating boat tours to the site. 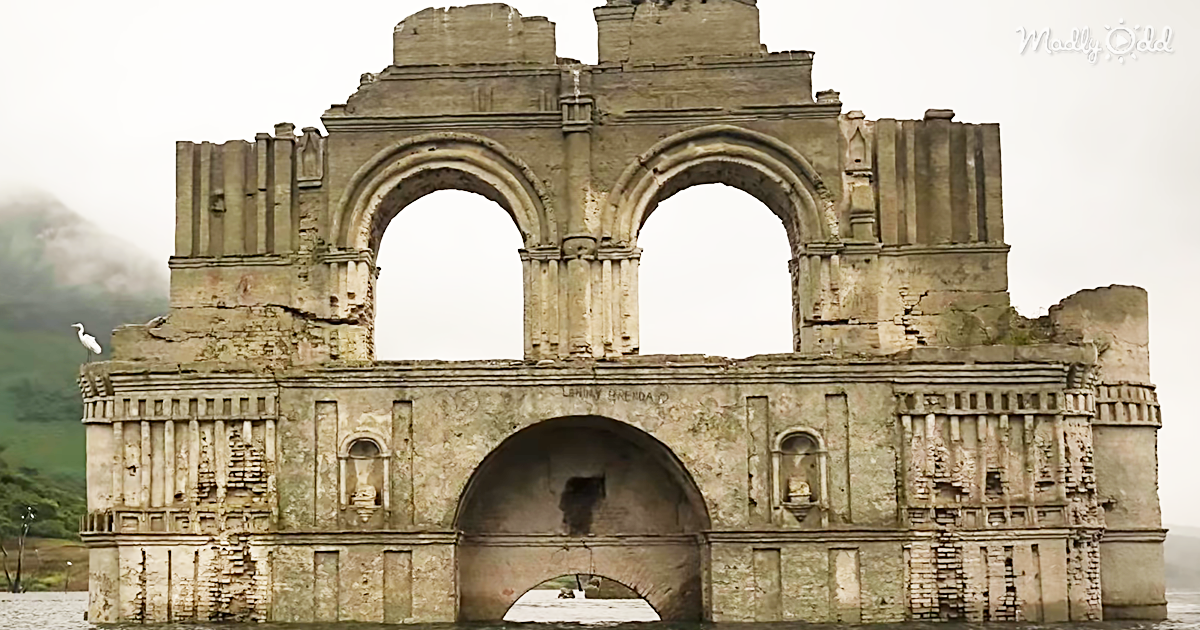 To see that the ruins Temple of Santiago are still standing after being submerged in water is really quite extraordinary; see for yourself in the following clip from the New York Daily News. I am personally astounded that the temple has been able to withstand such extremes and not be just a pile of rubble on the lakebed. Don’t miss this fascinating tale in the video below.