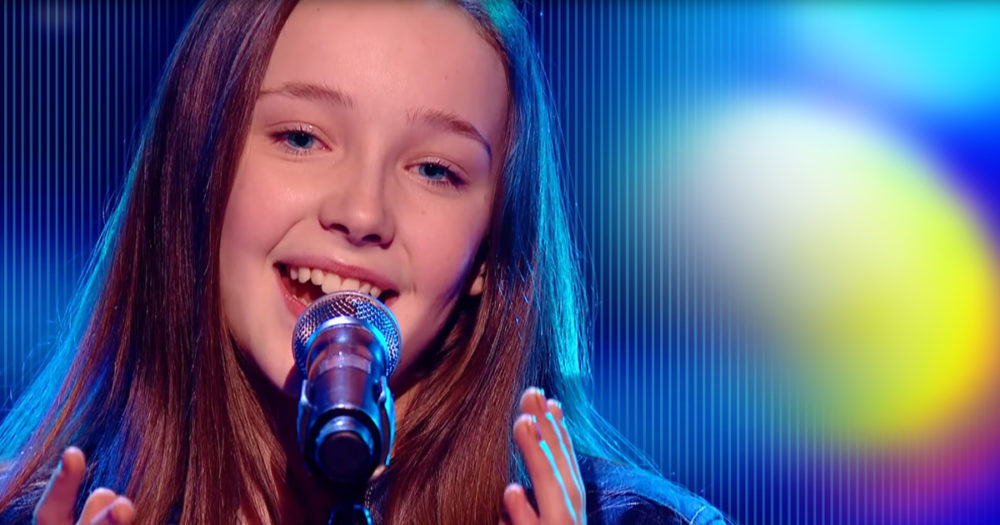 Lucy performs ‘Moon River’ from Breakfast At Tiffany’s in Round 3 of the Blind Auditions on The Voice Kids UK 2018 and her voice is stunning!

My fellow Americans, if you are not tuning in on YouTube to watch “The Voice UK 2018, then do yourself a favor and start watching. This is an incredible show with lots of up and coming talent. It’s definitely easy to watch and get hooked on the excitement.

To quickly explain the show’s format, it’s similar to America’s Got Talent with judges, however, the judges have their backs turned to the singers so the blind auditions are quite literally “blind”.

Just like AGT, there’s a buzzer involved the judges are also voice coaches. If the auditioners pass snuff, not only do they go on to compete, but they also receive coaching and singing lessons from the judges over time. That’s the gist of The Voice and it’s really something you should watch. It’s great fun.

In this clip, teenage Lucy sings ‘Moon River’ which was composed by Henry Mancini and Johnny Mercer. It was first performed by the lovely Audrey Hepburn for the 1961 hit movie Breakfast at Tiffany’s. The iconic melody won an Academy Award for Best Original Song and also won the 1962 Grammy Awards for Record of the Year and Song of the Year.

‘Moon River’ has been performed by a lot of different artists including my favorite Andy Williams who first recorded it in 1962. You might remember on hit TV show, he sang the first eight bars of the song at the beginning of each episode.

The lyrics are intriguing. One of the songwriters said it’s a song about his youth in Georgia and his own personal desire to see the world. He said It’s a song to wanderlust… a romantic song in which the romantic partner is the idea of romance.” An inlet near Savannah, Georgia, Johnny Mercer’s hometown, was named Moon River in honor of him and this song.

Now with the proper honors done with that history acknowledged, let’s watch Lucy’s take on this all-American classic. You’ll see why her audition video has received the most attention out of all of the auditions on the show this season!