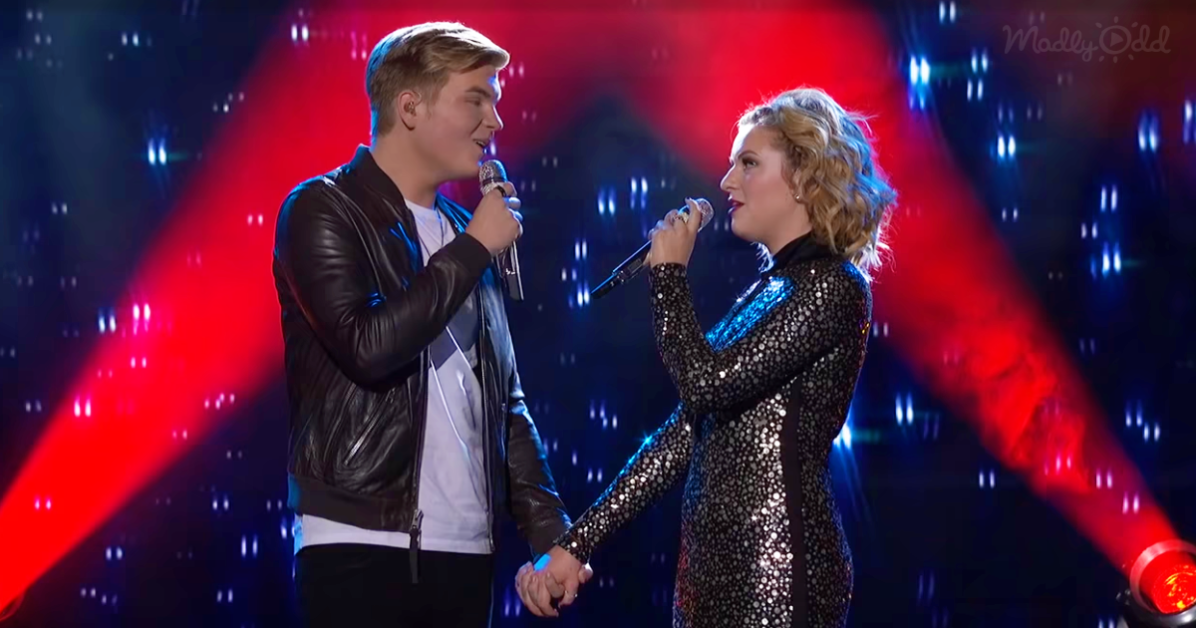 In an auditorium packed with lights from cell phones, Maddie Poppe & Caleb Lee Hutchinson sang a duet featuring a nostalgic “Somewhere Over The Rainbow” medley during the Season 16 American Idol Finale in front of Judges Luke Bryan, Katy Perry, and Lionel Richie as well as a charged studio audience.

Maddie was wearing a sequin dress with short boots while Lee was a little bit more casual with a t-shirt, and leather jacket along with black pants. 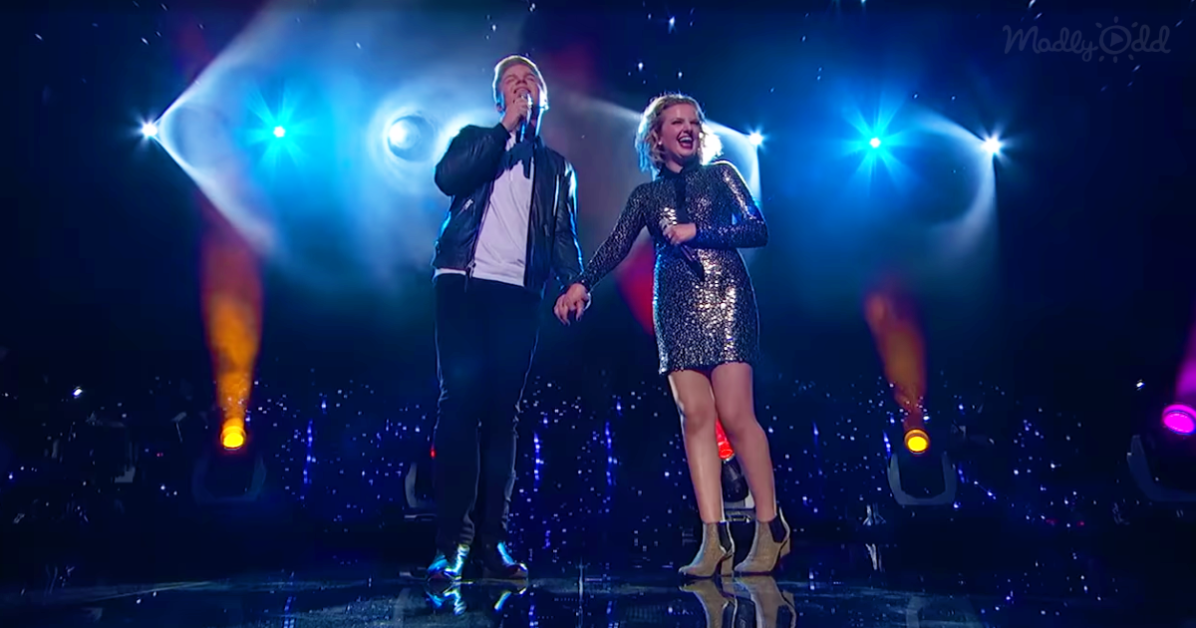 Hutchinson began the song and had terrific vocals.  The audience is seen swaying back and forth with the wrist bracelets with lights that were apparently given to them by producers or with the lights on their cell phones.

The camera pans to the parents of Poppe as she is singing and they are all smiles as they appear to be very proud of their daughter.  When Lee takes over the vocals from Maddie the audience cheers, and he makes gestures as if he is singing the song to Maddie.  The two stars then join together and sing while facing each other.

When Lee sings the lyrics “Somewhere over the Rainbow” and specifically says “I see friends shaking hands saying how do you do.  They’re really saying I love” he motions to Maddie, and the crowd screams out with applause.

The chemistry between these two is felt in the crowd and with the performers as they grab hands during the show, sending a jolt through Twiter:

Okay, so Caleb and Maddie revealing their big secret, then performing "Somewhere Over the Rainbow," while holding hands just melted my heart and made up for Gabby. #AmericanIdol

As this was finale performance, no one was being judged that night,  but everyone wanted to know the results for the season. But before Ryan Seacrest announces the winner, he wanted Caleb Lee Hutchinson and Maddie Poppe to share some news.

“Back with you here live on American Idol. It’s finale time. Results are coming up very soon. But before we get to those, we want to celebrate the incredible talent that is your top two,” the host shared. “And the country has fallen in love with the two of you. I’m just wondering, is there a special significance to the song when you sing it with Maddie?”

“She’s my best pal,” Caleb Lee shared with the audience. “I’ve known her since Hollywood Week, and she actually happens to be my girlfriend.”

Judges Lionel Richie, Katy Perry and Luke Bryan appeared totally surprised and supportive of the news and the crowd was more than enthusiastic and excited to see these two vocalists together on stage.

Of course, as fans know, Maddie was crowned champion of Season 16 of American Idol, and it was really no surprise. Maddie just has that voice that drags you in! Just close your eyes when she sings and you will fall into a trance.. she has that originality and pureness that not a lot of performers have. She deserved that win 100%.

Can it get any better? The lyrics were so fitting for these lovebirds.