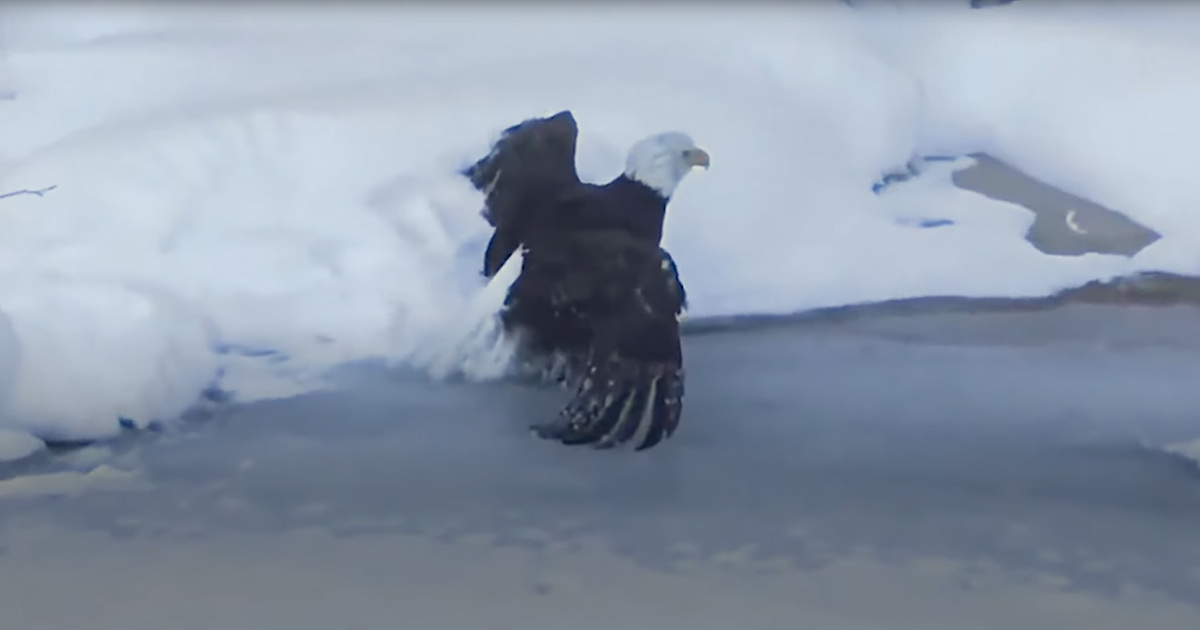 Bald Eagles are majestic birds that are a symbol of pride and freedom for many. It is gut-wrenching to see one struggling and unable to help itself, but that is precisely what a group of bird watchers witnessed. They watched four eagles at the edge of the lake, and three took off in flight. The last one couldn’t follow.

The bird watchers realized that there was a massive ice ball on the eagle’s tail feathers. They called in Wings of Wonder when they discerned that the raptor would need more help. Chris Johnson tried to apprehend the bird with a blanket, while Ken Scott caught it on film. However, the terrified animal continued to flop around on the ice.

Ultimately, Chris corralled the bird onto the shore, where he could capture it. They then brought the eagle back to the rehabilitation center, where rescuers worked on removing the 8-inch ball of ice from its tail. They held the bird down and ran warm tap water on the ice ball until it finally melted. Freedom, finally.

Three days later, the eagle could fly around the enclosure. Rescuers monitored it to make sure there were no additional injuries. A few more days go by before they released the bird back into the wild. The eagle got quite the send-off as a sizeable group of people came to witness its return to freedom. 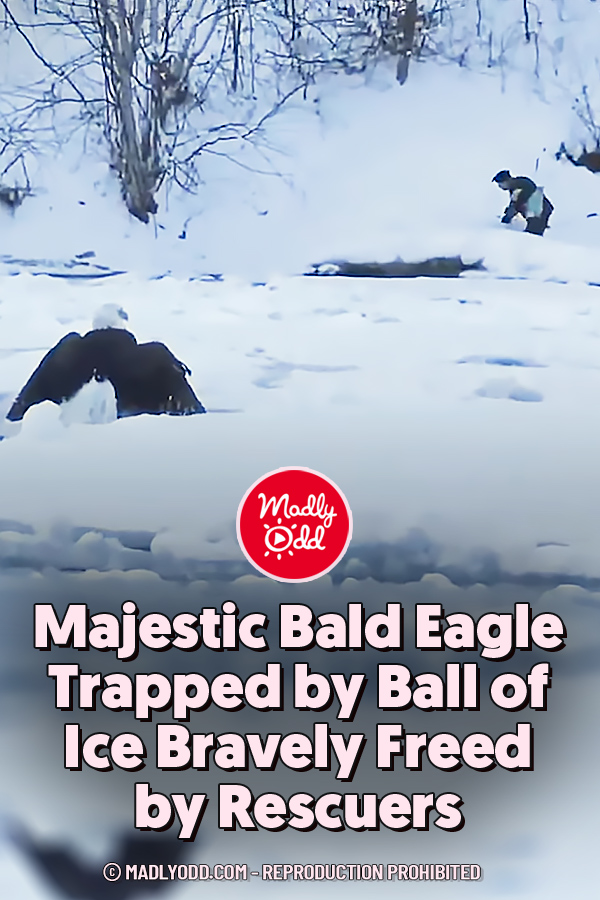