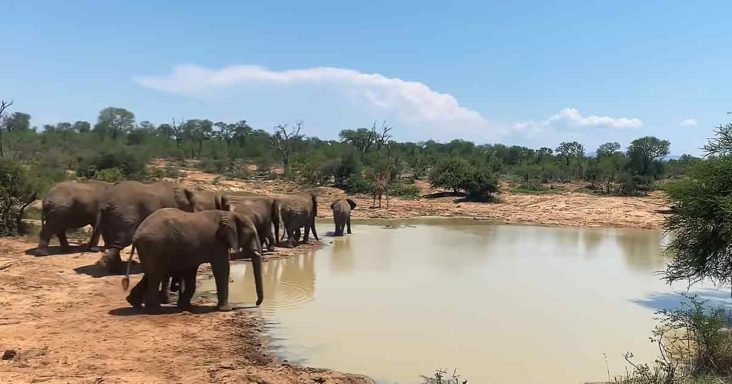 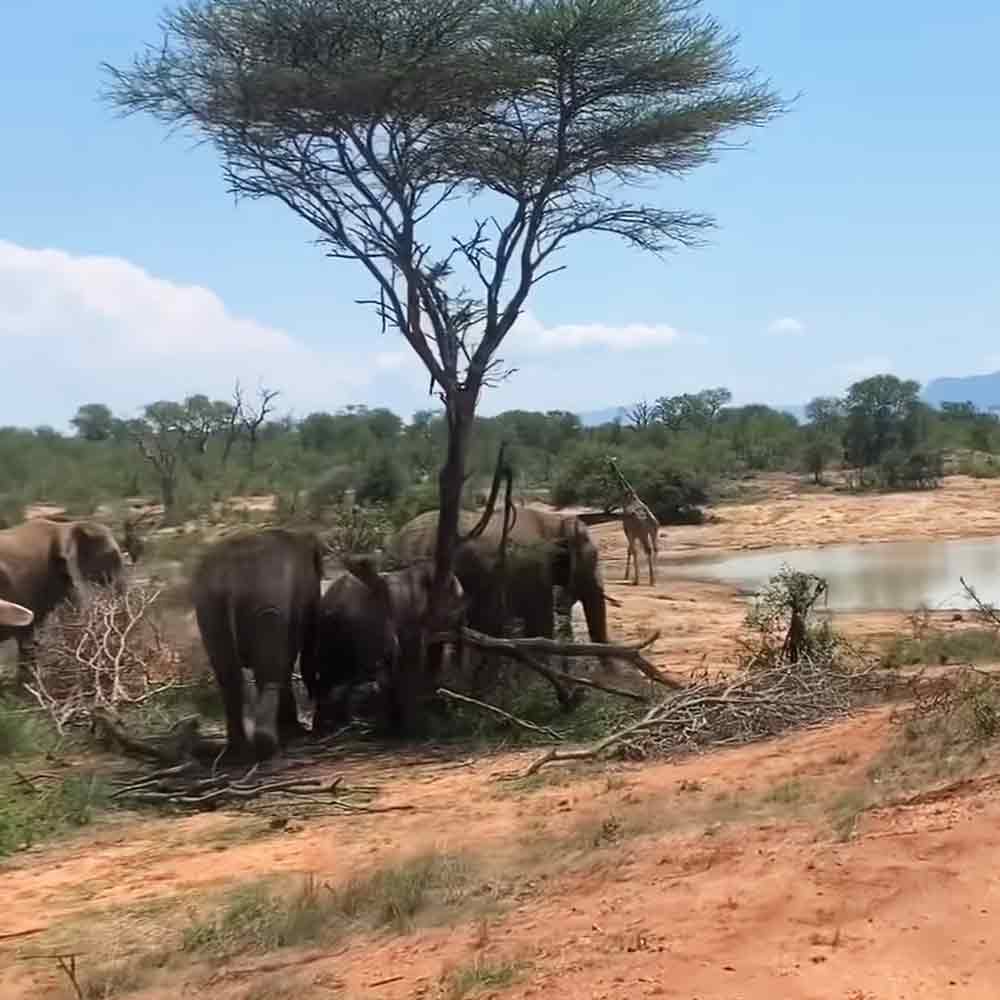 Recently, the herd of elephants decided to follow the neighborhood Giraffes heading towards the dam. The pack had a few kilometers to cover before they reached the location. The people who managed the herd followed Tokwe and the other elephants. Tokwe and Somopane, the two beautiful elephants, walked side by side in the center. At the same time, their fellow herd member, Sebakwe, moved down the path. 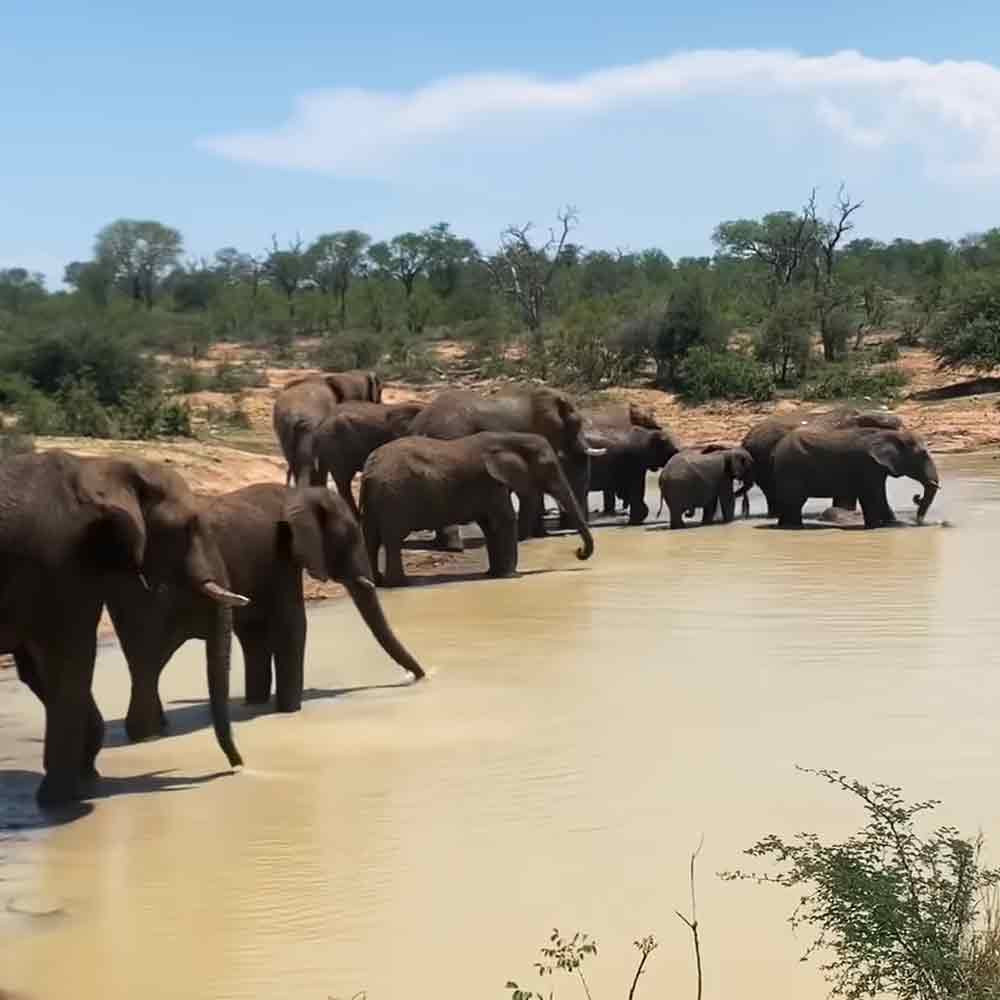 Khanyisa & Timisa were the two youngest elephants in the herd. So, they walked side by side with their family. Tokwe’s eldest, Limpopo, moved right into the middle of the majestic elephants. Later in the day, Khanyisa and Lundi moved over to the bushes and ate the green leaves from the trees.

Khanyisa usually was close to her adoptive mother, Lundi, while eating. An orphan calf needed to have one elephant that they could attach to like they would have to their mother. This helped them survive. The playful elephant, Klaserie, was born to Setombe, while Pisa was born to Tokwe. Klaserie decided to enjoy a sand roll while Pisa stood quietly. Pisa’s sister Limpopo joined them too. Khanyisa was the first daughter Lundi had ever raised. Lundi had a firm bond with her Albino calf, even as an adoptive mother. 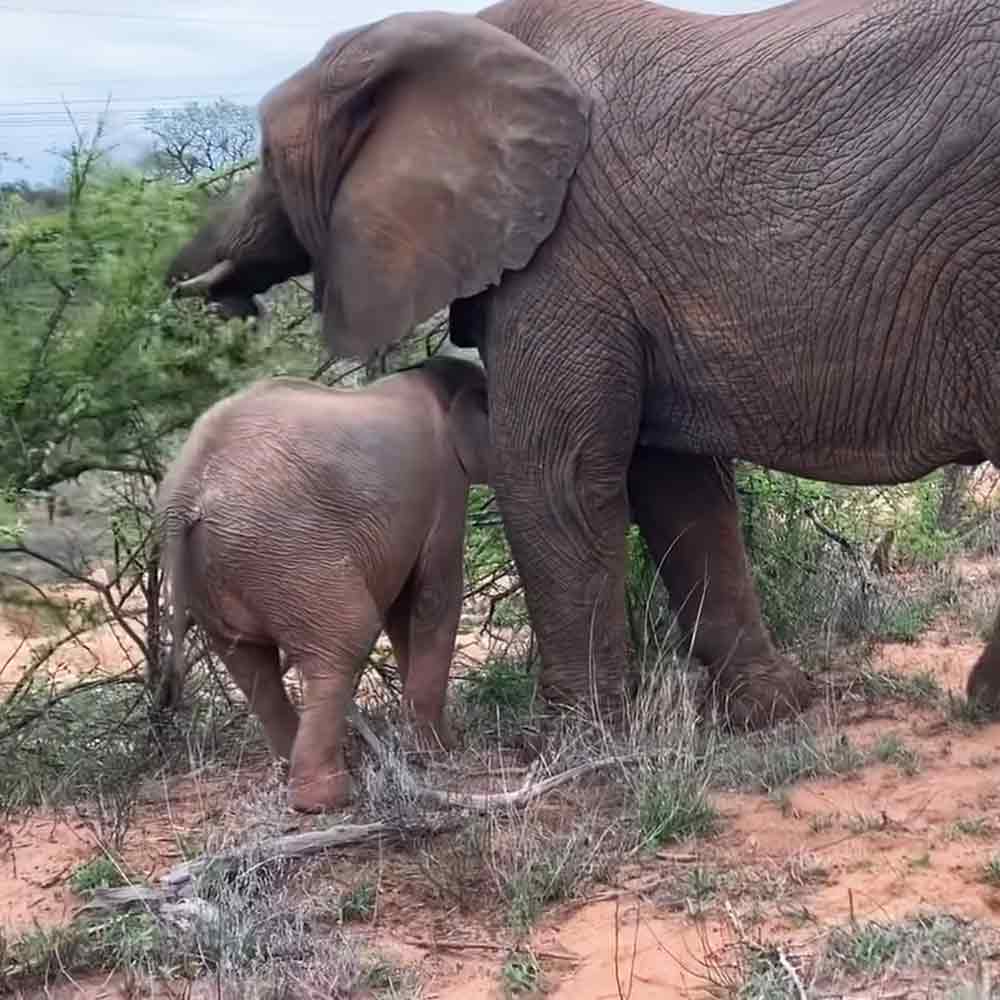 The herd of elephants resumed the journey to the dam once again. The protective allomother, Kumbura, also stayed close to her beloved Khanyisa. When she first arrived at the sanctuary, she was very aggressive towards humans, but she had settled down a lot. She was very slender with straight pointy tusks and a pointed forehead. All the elephants were close to the dam now.

Khanyisa & Timisa walked together, following Lundi while Kumbura walked behind them. The giraffes calmly moved around the dam. Sebakwe towered over the other elephants at the back. Finally, Fishan arrived at the water’s edge. Khanyisa stood between Kumbura and Lundi in the water and had a wonderful time playing in it. Soon, Timisa joined the three of them and started to splash water. All the elephants had a fantastic time at the dam.