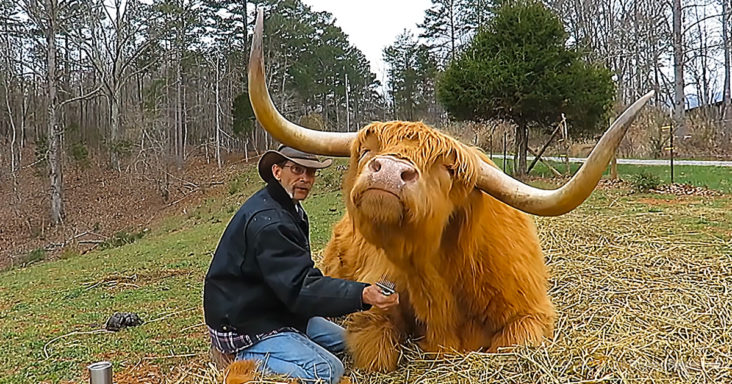 Highland cows look like mythical creatures from a different era. This caretaker shares his comfort and techniques while grooming Hamish.

The first time you see a Highland cow, it’s like something out of a fantasy novel. They are beautiful creatures that come from the Scottish breed of rustic cattle. Unique traits include longhorns and their beautiful fur.

One of the caretakers of Thistle Do Farm has developed a close relationship with Hamish. In the video, he calmly brushes the giant while explaining some of the cow’s tendencies.

Like Bob Ross painting a mountain, the caretaker seemed unphased by the beauty sitting in front of him. Hamish laid gently in the grass the entire time, moving as needed during the brushing. Once the cow stood up, it was clear that he was much bigger than expected.

Like any cow, Hamish is intelligent and aware of his size. Whenever the caretaker would move too close to his horns, Hamish would reposition them.

There are other videos that show the strong relationship between these two. Hamish has protected his caretaker multiple times from harm. With a bodyguard the size of a truck, the caretaker is in good hands. 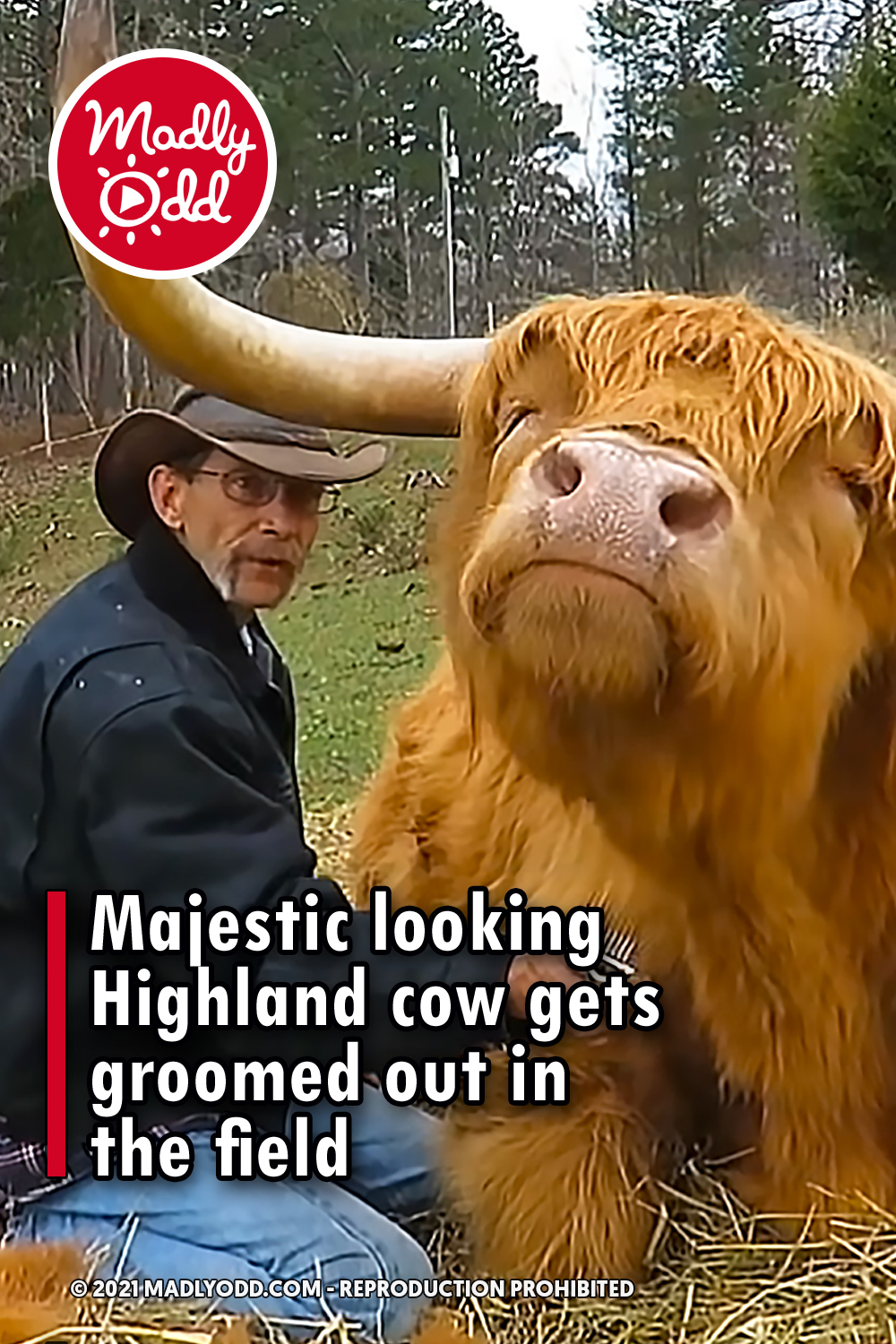