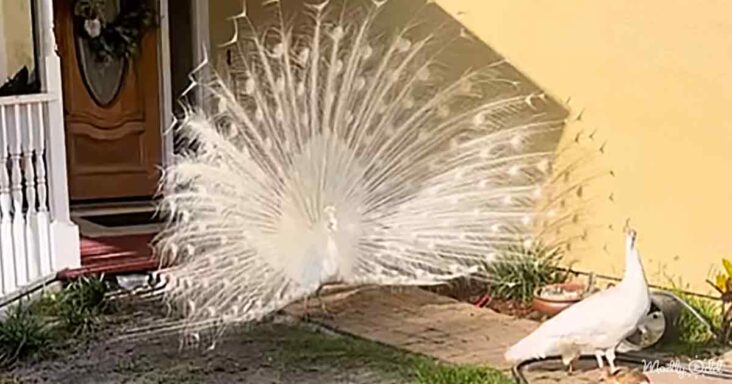 Ricky, the peacock, is “in the mood,” and he’s actively searching for a mate. He seems to think luck is on his side when he stumbles upon a female peacock, nicknamed “Mama.” 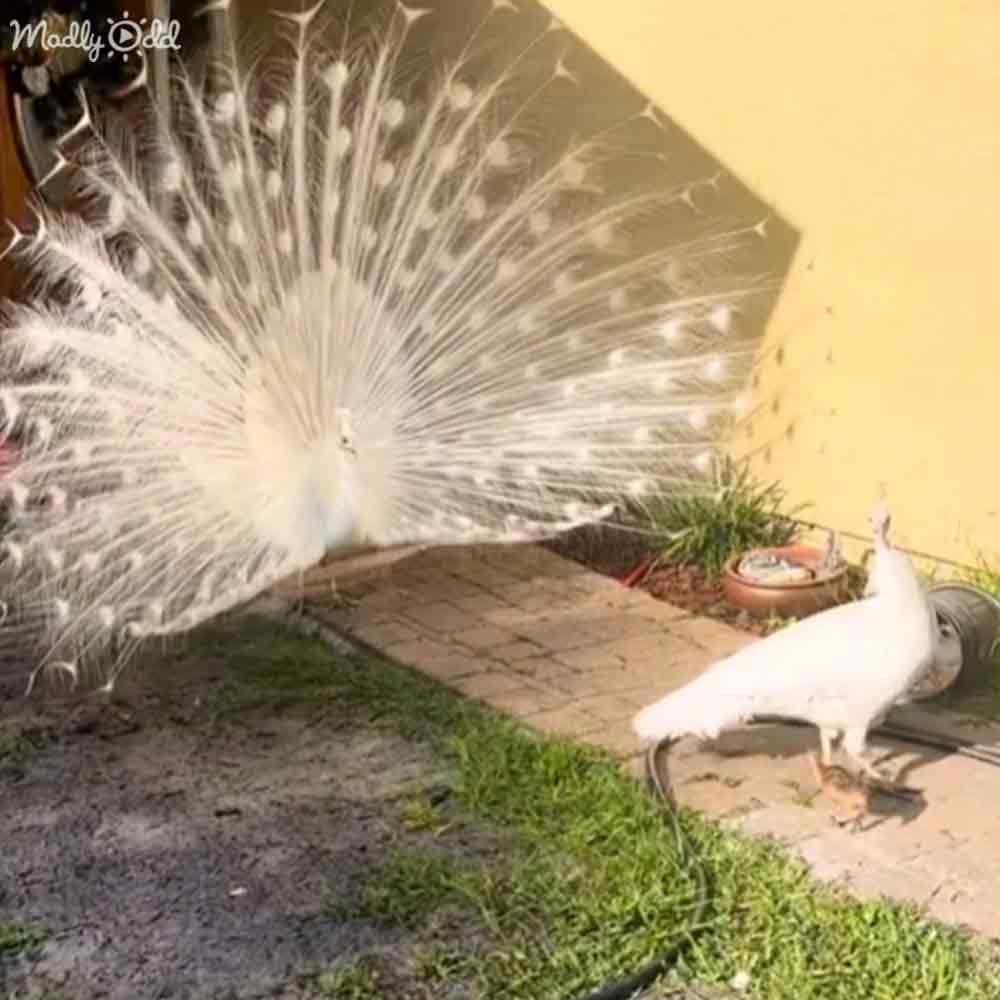 True to the usual peacock form, Ricky decides that his best option is to attempt to seduce her. He opts to use his impressive display of feathers and a choice selection of mating calls to win her heart.

Unfortunately for Ricky, Mama’s recently had babies, so she’s not interested in any of Ricky’s flirty attempts to get her attention. Try as he might, Mama won’t even look at him! Still, he’s determined to win her over. 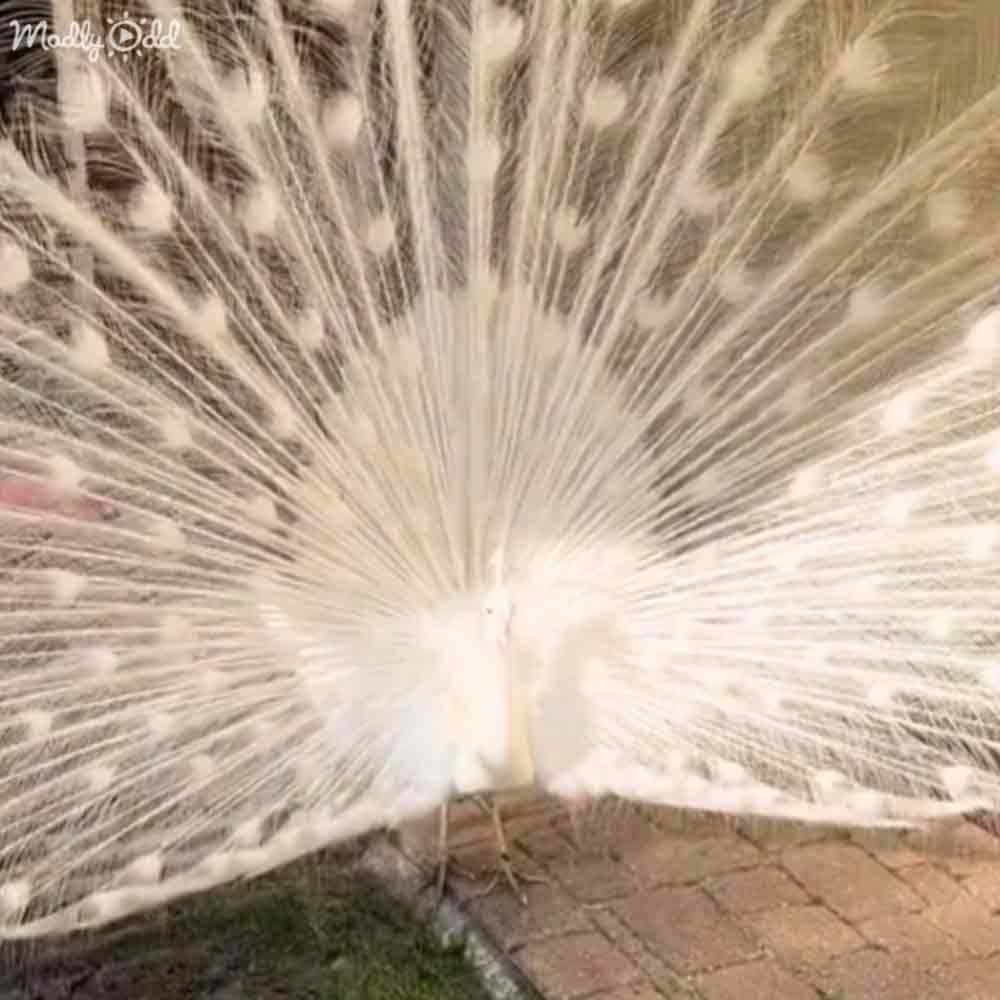 Perhaps, if given enough time, he would’ve succeeded in seducing Mama. However, he’ll never know, as his owner—@paulaspeacockparadise—sees what he’s up to & decides to intervene. She runs up to the pair and quickly places herself between the two birds.

“Go, Ricky,” she tells him as she shoos him away. “You leave Mama be. She don’t want none of that; she has babies!”. It seems like Ricky will have to try his luck another day. 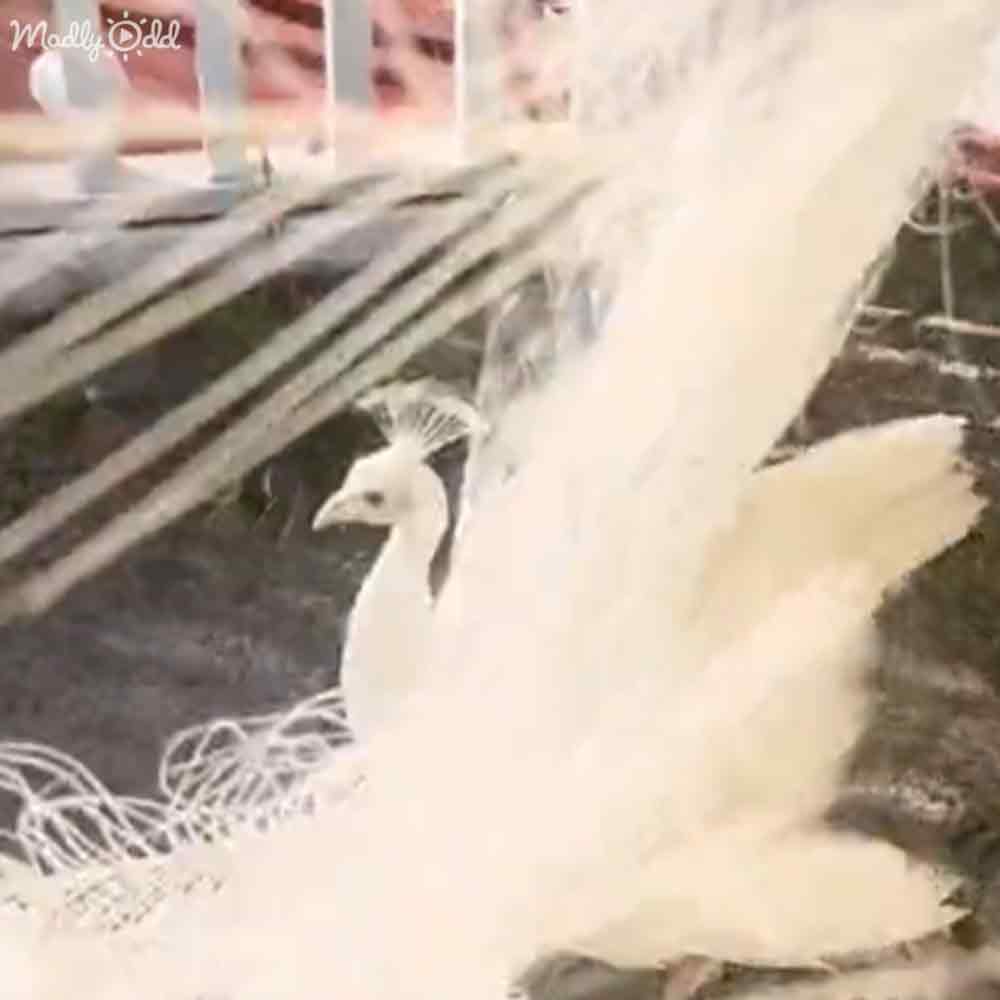 He’s quickly forced to run away, leaving Mama free to wander freely. Paula continues to chase Ricky until he’s across the yard, near the other end of the house, and away from Mama.

It seems you’re a little bit late to the party, Ricky. Better luck next time! While probably a disappointing day for Ricky, this encounter will definitely have you laughing as you watch.