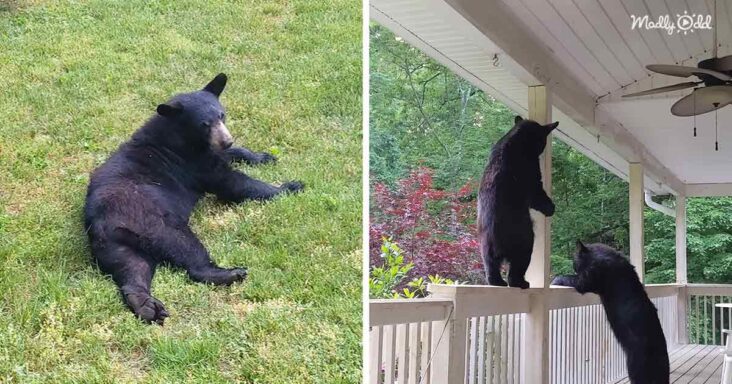 Simone, a mama bear, surprised Patrick again early in the morning. She came out of the forest with her two cubs, Milo and Luca. The cubs were now grown up but still walked around with their mother. 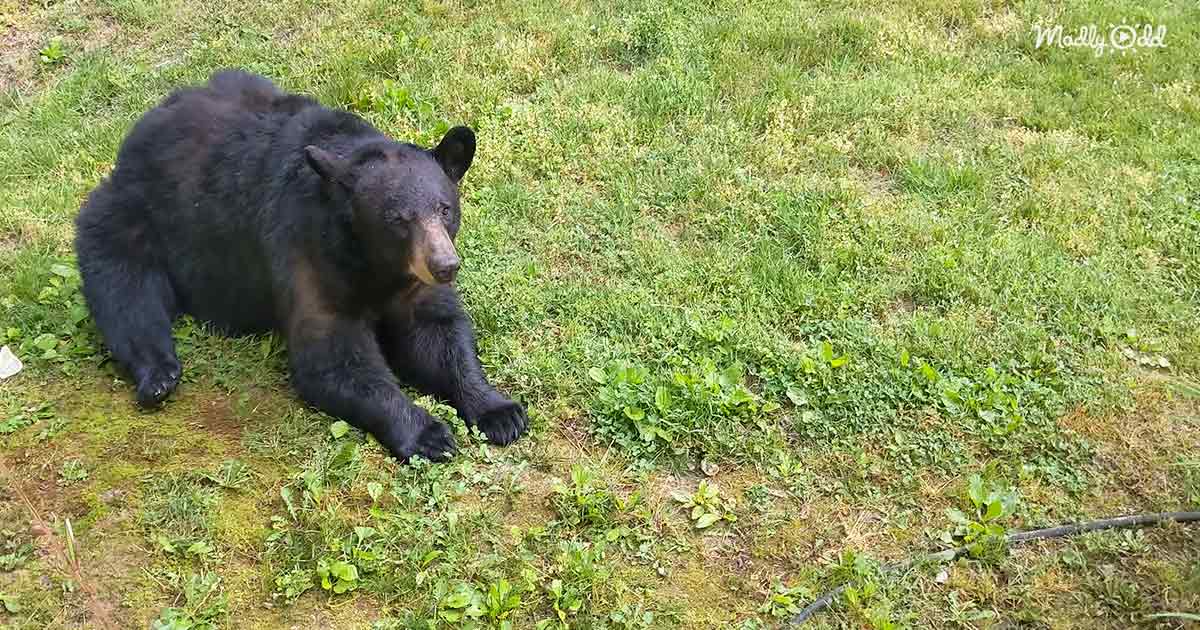 As usual, the two bear cubs entered his home through the stairs and quickly climbed the porch boundary. This had been their resting place for a while whenever they visited him. Luca sniffed at the ceiling fan and came near Patrick while Milo went down to his mom.

Naughty Luca wanted to play with his human friend, but since he was too curious, Patrick moved him away to the front yard. The cub got a little taken aback. Patrick talked to Simone and told her to ask her kids to settle down. 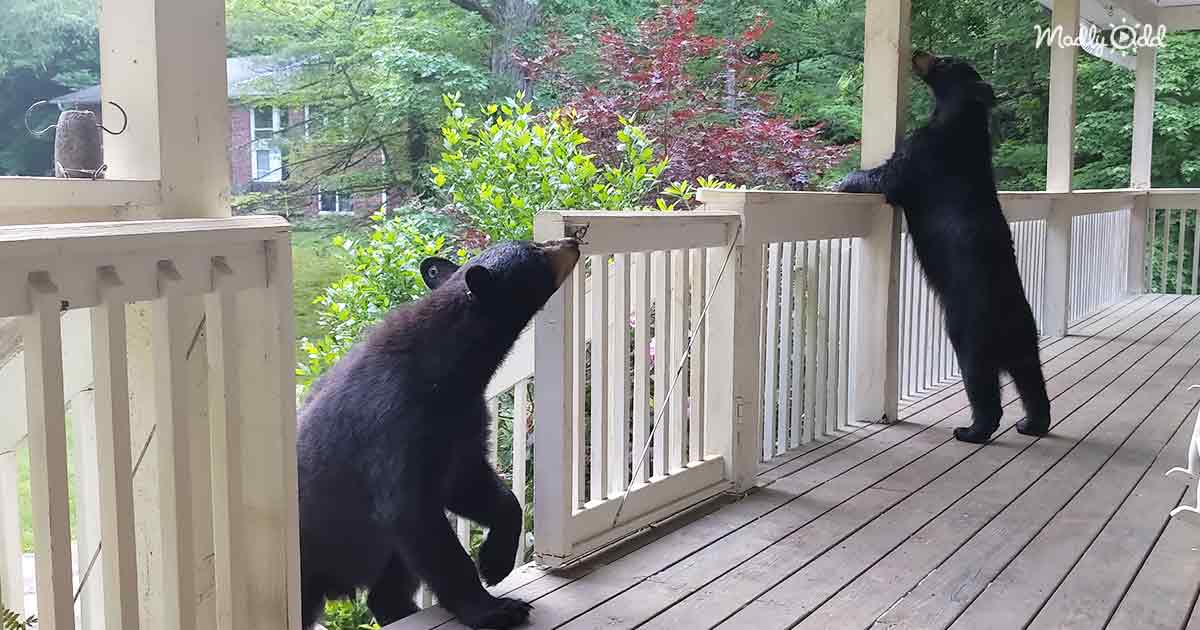 However, he instantly felt she was tired and had almost reached the stage where she couldn’t wait to send the cubs off to a summer camp and forget to pick them up. So Patrick locked the porch gate so the cubs couldn’t enter his home and even apologized. He told them, “I am so sorry I am ignoring you.”

Simone did not seem to be bothered by the close proximity of the cubs to Patrick. Luca and Milo tried several ways to enter the porch while their mama rested. Finally, the cute cubs decided not to give up entering their favorite place. 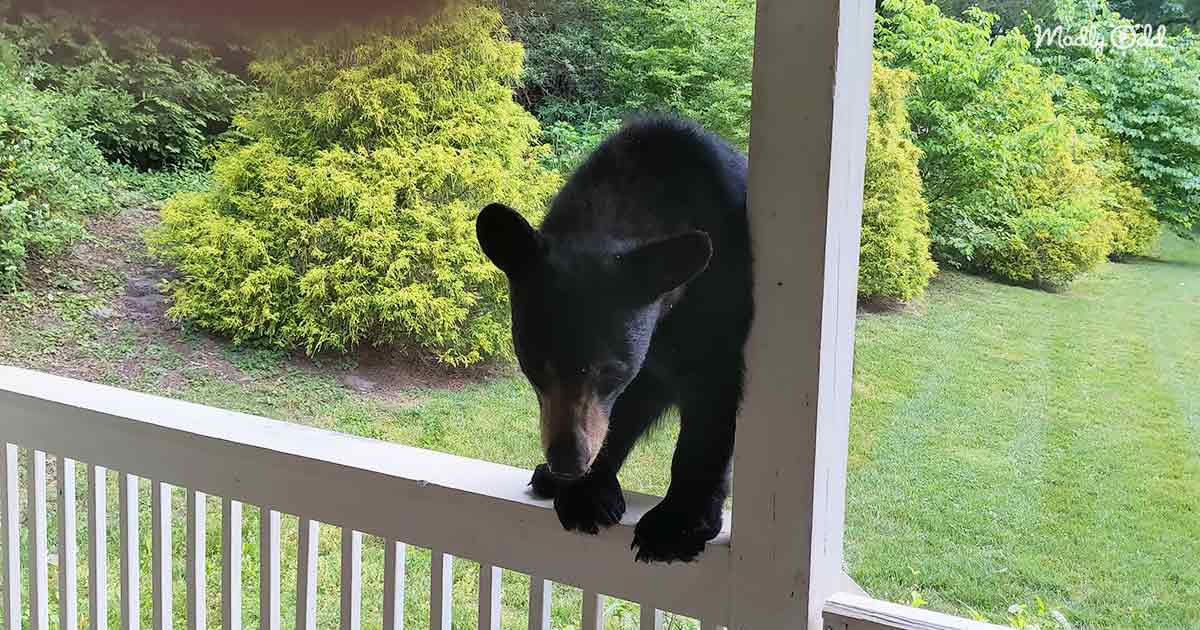 Milo tried to grab Patrick’s toes several times. It felt as if he was requesting him to play with them but could not do so. Luca attempted to open the door, but he was unsuccessful.

He somehow managed to climb the porch but instantly went down. However, it seemed as if he did not want to scare his favorite human. His mom and brother had already left, so the cub walked back to the forest without delay.