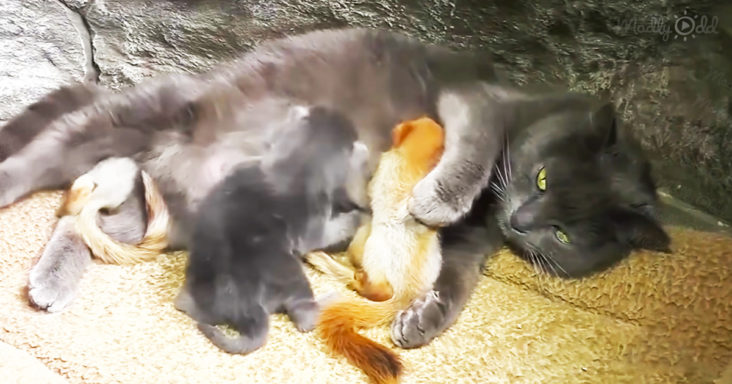 We’ve often heard people say that a mother’s love for their child is invincible. It is able to overcome many obstacles and still remain strong. This also applies to animals too.

Pusha is a beautiful cat who stays in the Bakhchisarai Miniature park in Crimea. She is a favorite among the visitors mostly because of her amazing grey color and beautiful eyes.

Recently, she gave birth to a litter of four beautiful kittens who looked just like her. After some time, she was given a few more individuals to add to the family and she happily accepted them. 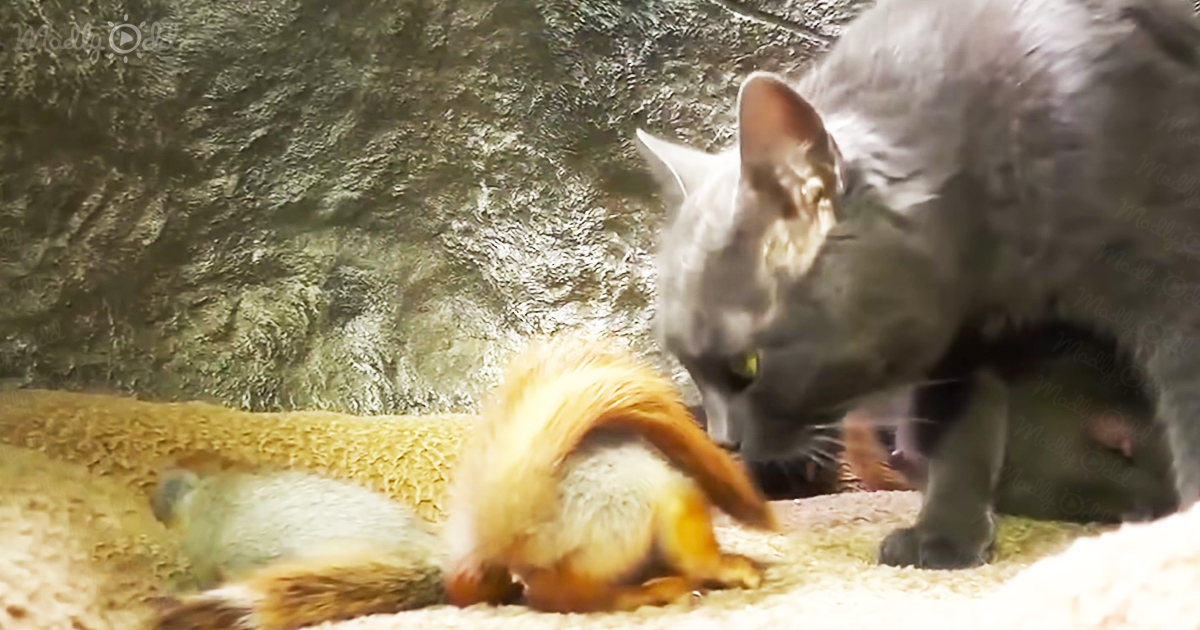 Someone had dropped off a small litter of baby squirrels who had been orphaned. The staff at the park, having no other option, presented the squirrels to Pusha, and to their surprise, she took them in.

After a few weeks with her, the little squirrels had already gotten used to Pusha and her kittens. They were even seen to be running around with the little kittens as siblings would.

This incident shows just how strong a mother’s instinct is. Even though she wasn’t the one that birthed the squirrels, Pusha still cared for them like her own. It’s undoubtedly the true definition of a mother’s love.