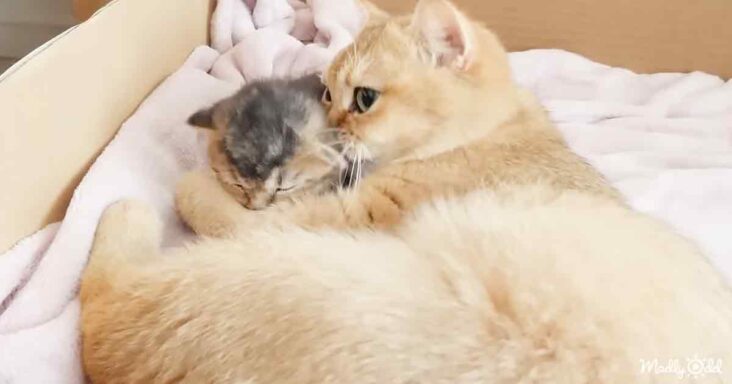 As little ones grow up, it can be difficult for some parents to let their babies explore. That was the case for the adorable kitten, Kiki, and her mama cat, Mimi. 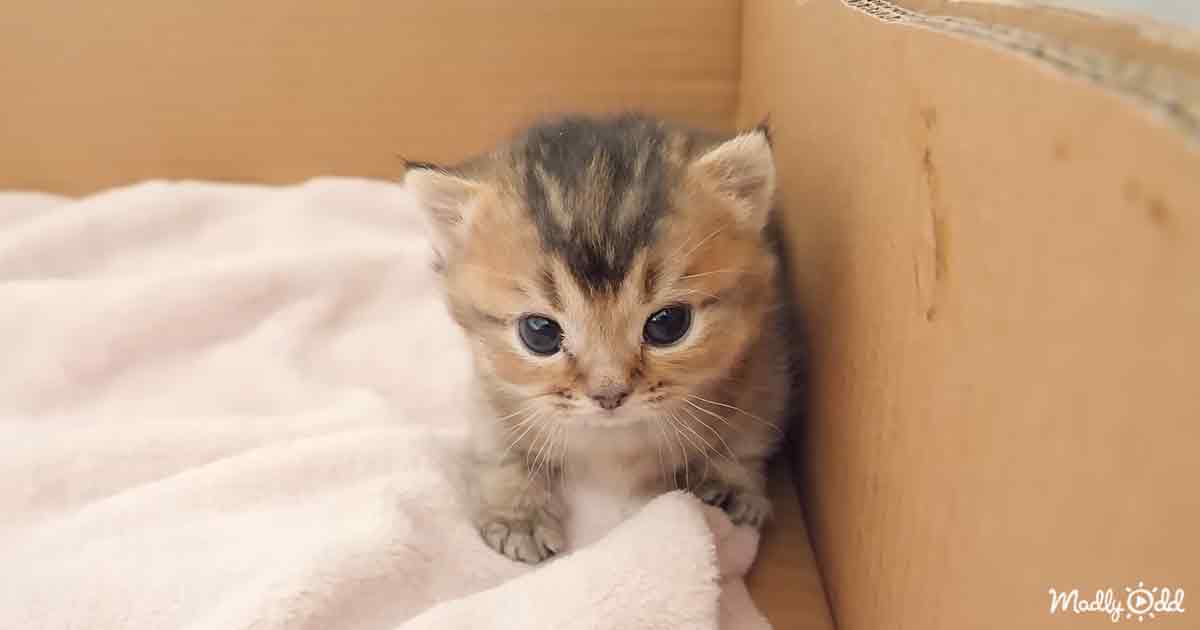 Most of the time, cats have litters of three to five, but when Mimi had her litter, she only had Kiki. That meant all of the attention Mimi would have given to her litter went to her one baby.

Being an only child definitely has its benefits. For example, Kiki did not have to compete with other kittens for milk. But as any solo kiddo will tell you, being the recipient of all your mom’s attention can be overwhelming. 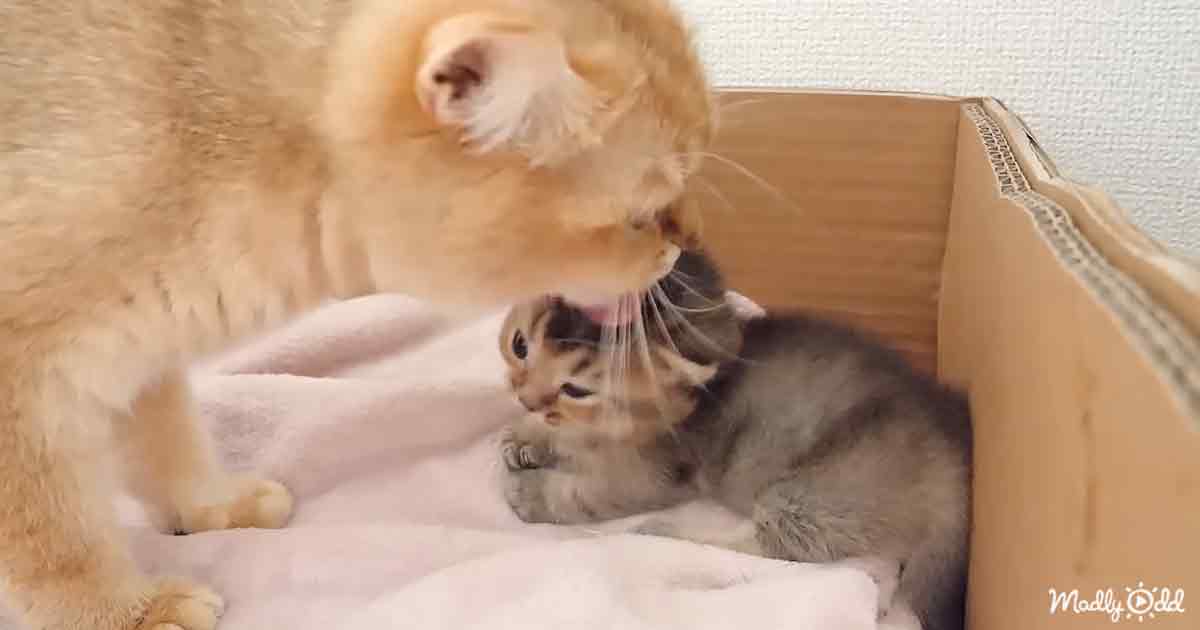 After a brief health scare, Kiki was ready to leave her box and venture out into the world. Her mom, on the other hand, just wanted to clean her and cuddle with her.

When the little one got to the edge of the box, Mimi stepped into the nursery and attacked her baby with kittens. When Kiki was not interested in eating, Mimi decided it was time to play. 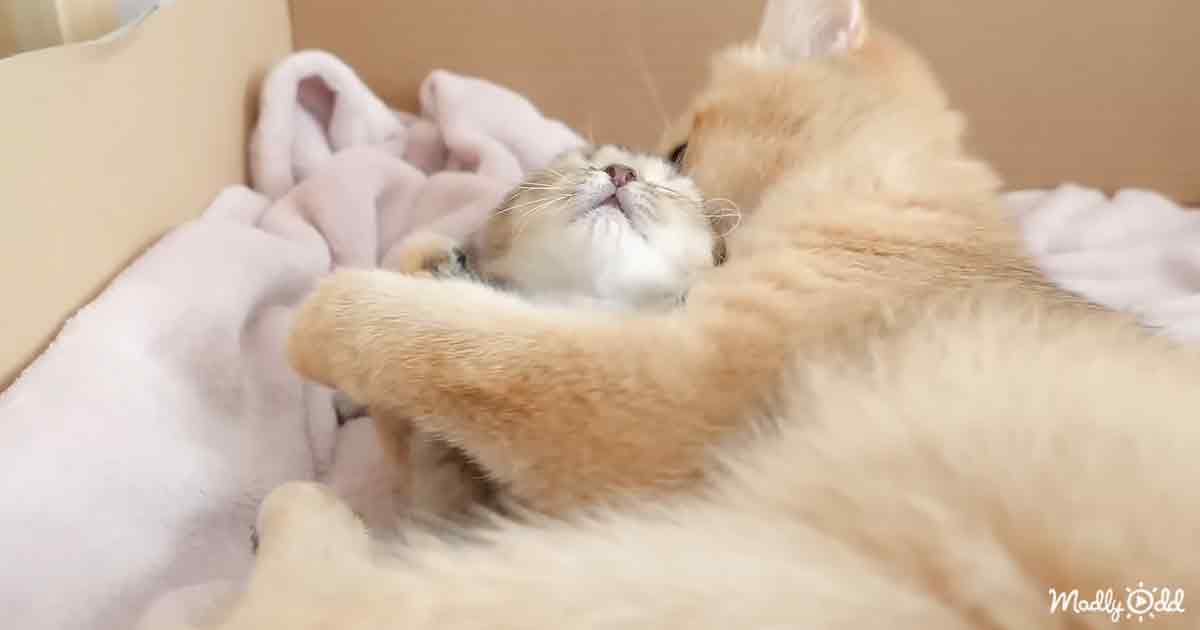 In most litters, kittens would play with one another and give their mom a break from their antics. Kiki took the responsibility of showing her baby how to be a kitten.

Eventually, the adventurous kitten gave up on escaping from the box and realized she was hungry. Watch this adorable mother-daughter duo interact together. If you love cats, you will want to see this. 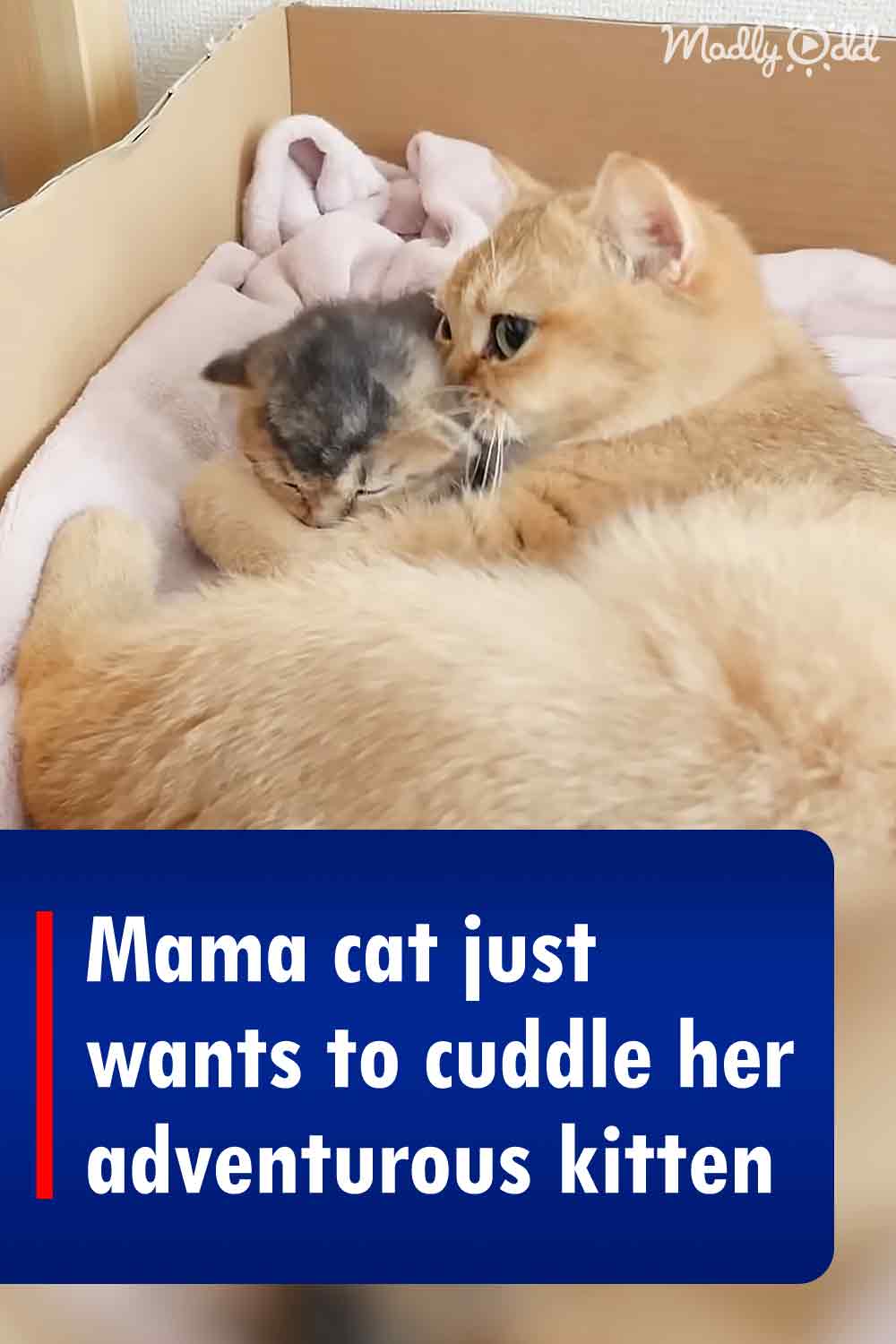